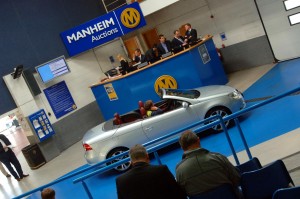 CONDITIONS in the UK automotive market are the most positive for four years, says Manheim.

During the first four months of 2013, the volumes of used vehicles sold through Manheim’s auctions have risen by nearly 20 per cent.

The company says higher consumer demand for new and used vehicles, fuelled by attractive new vehicle offers and an increased availability of finance deals, has led to a stronger than expected performance for the first four months of 2013 across the entire automotive market.

Reviewing sales on a like-for-like basket of used vehicles and vendors Manheim has seen that the wider wholesale used vehicle market has seen more than an 8.5 per cent rise in the number of used vehicles sold through auction in the first four months of 2013 compared to the same period in 2012.

Manheim enjoyed an even more buoyant start to the year by outperforming the general wholesale market’s growth through new customer wins, selling 19 per cent more cars than it did during the same period in 2012. This rise in demand included a 39 per cent increase in part exchange vehicles and a 42 per cent increase in sales of cars direct from the manufacturer.

The result of this growth is that Manheim’s market share of the wholesale used car market has grown by nearly nine per cent over the last year.

Michael Buxton, chief operating officer of Manheim, said: ‘April surpassed January’s record-breaking performance to become Manheim’s best ever month. We sold the most vehicles during this month in our 65 year history.’