Stephen Corwood – who runs used car dealer Motor Connect in Northwich – has switched from the traditional stocking routes since lockdown and is now actively ‘hunting for stock’.

With prices soaring at auctions and difficulty getting hold of stock, Corwood said that he’d even had the auction houses calling to ask why he wasn’t buying from them.

He said: ‘We haven’t bought a car out of the auction since pre-lockdown. In fact, one of the large auction houses was onto me last week asking me why. It’s quite self-explanatory.

‘We had pent up demand and we had online orders that had to go out. We bought a transporter to deliver nationally and do what we needed to do.

‘We didn’t expect the result we had in May. We were staying strong without just buying to fill spaces. We have the luxury that we don’t have to fill those spaces because we’re not paying on borrowed.

‘May saw us drop 20 or 30 vehicles on normal stock carrying, which for us is quite a number.

‘Coming towards the end of May it became clear that the traditional paths for us were going to become expensive. We changed what we did internally to go hunting for stock.

‘That’s worked well for us. It’s replaced what we’re selling weekly, but it’s not topped up our deficit yet.’ 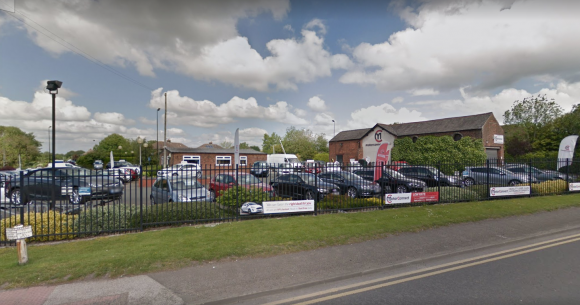 The Motor Connect boss explained on Car Dealer Live on Friday that their location puts them in direct competition with some large dealer groups and car supermarkets, so they try to stock cars that will set them apart.

‘For us it’s about being different and not putting ourselves in the same boat as some of the big boys that have got that power to overhaul us. It seems to work well for us.’

Corwood explained that, having grown up in the motor trade, he wanted to work in car dealerships from a very young age.

He previously worked for other dealerships before deciding he wanted to set up on his own and taking on his site.

He explained that typically they’d have around 70 cars in stock, but they have the room to grow to around 140.

He added that they were in the fortunate position of not being funded and therefore not forced to replace a spot on the forecourt unless they really wanted to.

The team have worked hard to get their average stockturn down to 30 days and it’s not something Corwood wants to change now.

Although he questioned how the current conditions would hit the rest of the market, he was positive about his own business.

He added: ‘I think there’s going to be some changes, some people in the market who decide they’ve done enough. I think that’s an opportunity for us as a young company.’

To watch the interview in full click play at the top of this page. Car Dealer Live is every Monday, Wednesday and Friday at midday