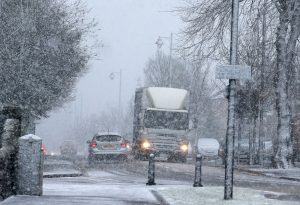 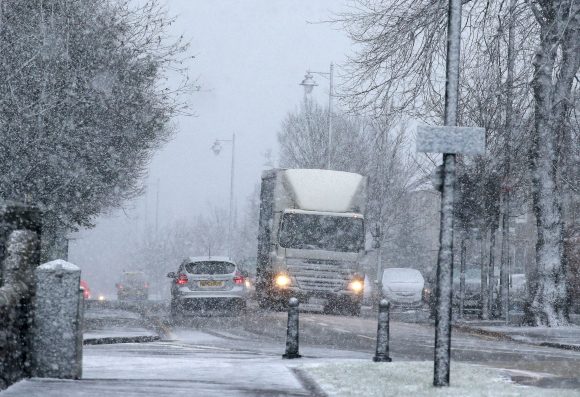 The motor trade takes on the Beast from the East

THE SNOW is here! While some people are feeling the chill more than others, there are plenty of car dealers braving the cold weather to make a sale.

Plenty of car dealers up and down the country have been taking on the white stuff, and posting about it on social media – here are some of our highlights from across the Twitter-sphere as those in the industry tackle ‘Snowmageddon’.

The #beastfromtheeast has arrived but don’t worry if you are visiting us today we have hot drinks to warm you up. #snow #hotdrink pic.twitter.com/GysCcXhWb9

Contrary to internet speculation, it’s not balloons or straight lines that sell cars – it’s the promise of a mug of hot chocolate.

Just a note, we only have a certain amount of courtesy cars so please take care on the roads today. #BeastFromTheEast #StaySafe

Ryan Vehicles elected to motivate their customers into driving smartly.

Some were waiting eagerly, only to be disappointed, such as Marshall Skoda in Oxford. Not everyone under the Marshall Motor Group had it so easy, though…

A sterling effort from all the team at Marshall Jaguar Land Rover Ipswich this morning getting all the paths clear ahead of a busy day. The reward ….coffee and cakes! What a lovely Head of Business Richard Trott is! 👍🏼 #marshallmoments pic.twitter.com/g41WsNuXto

The team at Ipswich’s Marshall Jaguar Land Rover branch weren’t as lucky as their pals in Oxford, but fortunately, it looks like they were prepared for the conditions, both in dress code and post-manual labour eats.

Our #Bentayga fleet is ready to face the #beastfromtheeast ☃️ pic.twitter.com/OruzsD5vO6

Of course, if your stock is appropriate, the snow is the perfect way to draw more attention to your cars!

How have you been battling the #beastfromtheast? Let us know on our Twitter!

MORE: Maximise your website’s potential, expand your online reach and transform your business at CDX

On Workshop Magazine: March set to be a record month for MOTs