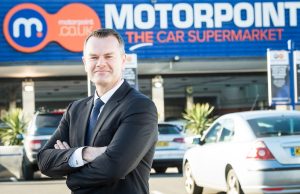 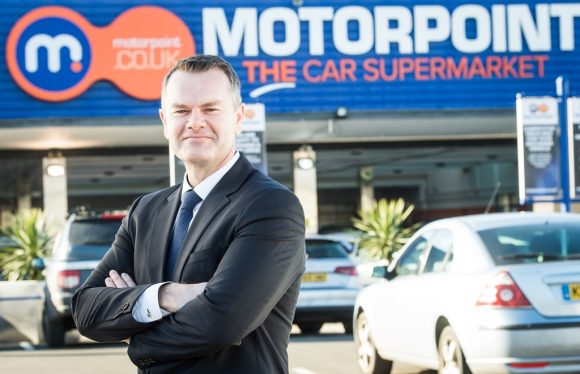 MOTORPOINT saw its revenue top £1bn amid increased profit as it posted its final results for the year ended March 31.

It enjoyed record levels of repeat customers, increasing to 30 per cent of total customers, which was up by four percentage points from the previous financial year. The group was also named in the Sunday Times Best 100 Companies To Work For for the fifth consecutive year, and it obtained the Gold Trusted Service rating from Feefo for the third year in succession.

Chief executive Mark Carpenter, pictured, said: ‘We are pleased with the progress that has been made over the course of the year, with the group delivering double-digit profit growth and achieving sales of over £1bn for the first time.

‘We have continued to gain market share, thanks to our value-orientated, customer-friendly proposition, which has resulted in a record number of repeat customers coming through our doors, along with consistently high levels of customer satisfaction being reported.

‘Our 13th retail site is expected to open in the second half of the current financial year and we are committed to bringing the Motorpoint brand closer to more people across the UK.’

He added: ‘The group closed the year with a healthy cash position, thanks in part to our tight cost control and disciplined capital allocation. This has enabled us to deliver enhanced returns for our shareholders in the form of an increased dividend and continued buyback programme.

‘In spite of what remains a challenging market backdrop, as has been well documented, we are well positioned at the beginning of the new financial year with a healthy and competitive stock mix. As a group, we are confident about the opportunities ahead owing to the strengths of our people and our unique operating model, focused on delivering unrivalled choice, value and service.’

The location of the 13th retail site hasn’t been specified, but its Peterborough preparation centre development is on track for opening in the first half of this financial year.

A final dividend of 5.0 pence per share is proposed, which would give a full-year dividend of 7.5p. A total of £15.7m of cash has been returned to shareholders during the year through dividends and the buyback programme.