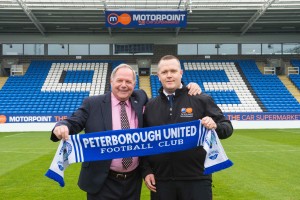 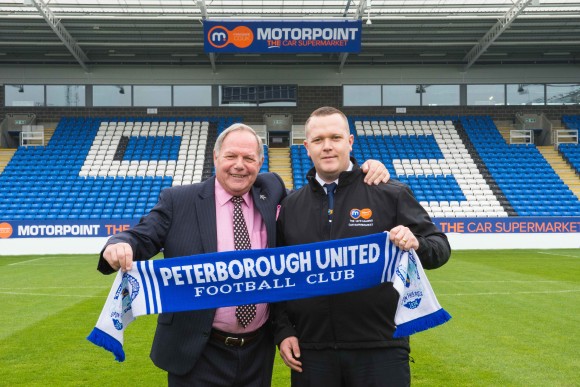 Motorpoint teams up with Peterborough United

MOTORPOINT has teamed up with Peterborough United to take the naming rights to its new stand.

The car supermarket has agreed a three-year sponsorship deal with the League One high-fliers for the purpose-built 2,500 all-seater stand – which will now be known as the Motorpoint Stand.

Work on the redevelopment of the former Moy’s End by building contractors Kier began in March this year. The Motorpoint Stand was officially opened before the Sky Bet League One fixture with Swindon Town on Saturday.

Chris Goodison, general manager of Motorpoint Peterborough, said: ‘We are thrilled to have taken the naming rights to Peterborough United’s fantastic new stand.

‘The club is the biggest sports teams in the area and one that a lot of our customers support. This made it the perfect fit for Motorpoint.’

Motorpoint is currently working with Peterborough United to fit a brand new LED scoreboard in the Motorpoint stand in early 2015 as part of the overall sponsorship package.

Motorpoint Peterborough opened in mid-2007. Located on a five-acre site on the Boongate Industrial Estate in the city, the branch sells over 5,000 new and nearly new low mileage cars to customers across East Anglia every year.

In the picture are, from the left, Barry Fry, director of football at Peterborough United and Chris Goodison, general manager of Motorpoint Peterborough