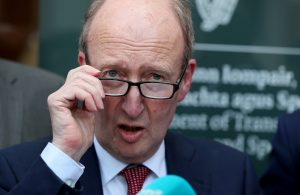 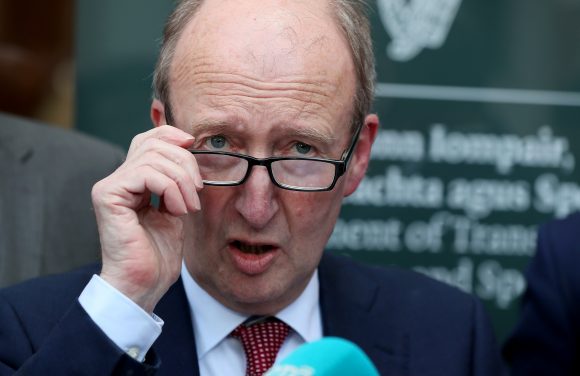 The roadworthiness test (NCT), which is the equivalent of the UK’s MOT test, was suspended indefinitely in April to prevent the spread of Covid-19.

NCT certificates’ validity have been extended under coronavirus emergency measures. Driving tests have also been postponed indefinitely in Ireland.

Speaking in the Dail today (May 13), Danny Healy-Rae, the Independent TD for Kerry, asked when NCT and driving tests would be starting again, adding that a lot of his younger constituents were unable to get a job without a driving licence.

Transport minister Shane Ross, pictured, replied: ‘On the issue of driving tests and when it is going to happen… I think that it is reasonable to speculate that it will probably be fairly late in the day.

‘I think the reality is driving tests are very difficult to introduce under social distancing because the space between the tester and the driver is so close.

‘Anything that comes into that category would be very hard – and that includes NCT tests.

‘We will be guided about both of those tests by the National Public Health Emergency Team, but don’t hold out too much hope about driving tests coming back early.’

Advice: How does the MOT extension work? Q&A and video