Sitting alongside the full-sized Range Rover as the more dynamic offering, the Sport will arrive in showrooms later this year with a selection of hybrid, petrol and diesel engines and price tag starting at £79,125.

Just like the outgoing model, the third-generation Sport uses the same platform and mechanicals as the halo Range Rover.

At first glance the new Sport looks similar to the outgoing car, but the design has been sharpened. The front-end sports thin LED headlights, while along the side the Sport gets the same deployable door handles and flush-fitting glass as its bigger brother.

Where the new car really differs from its predecessor is as the rear as the number plate now sits within the bumper, while the rear light clusters extend across the boot-lid. 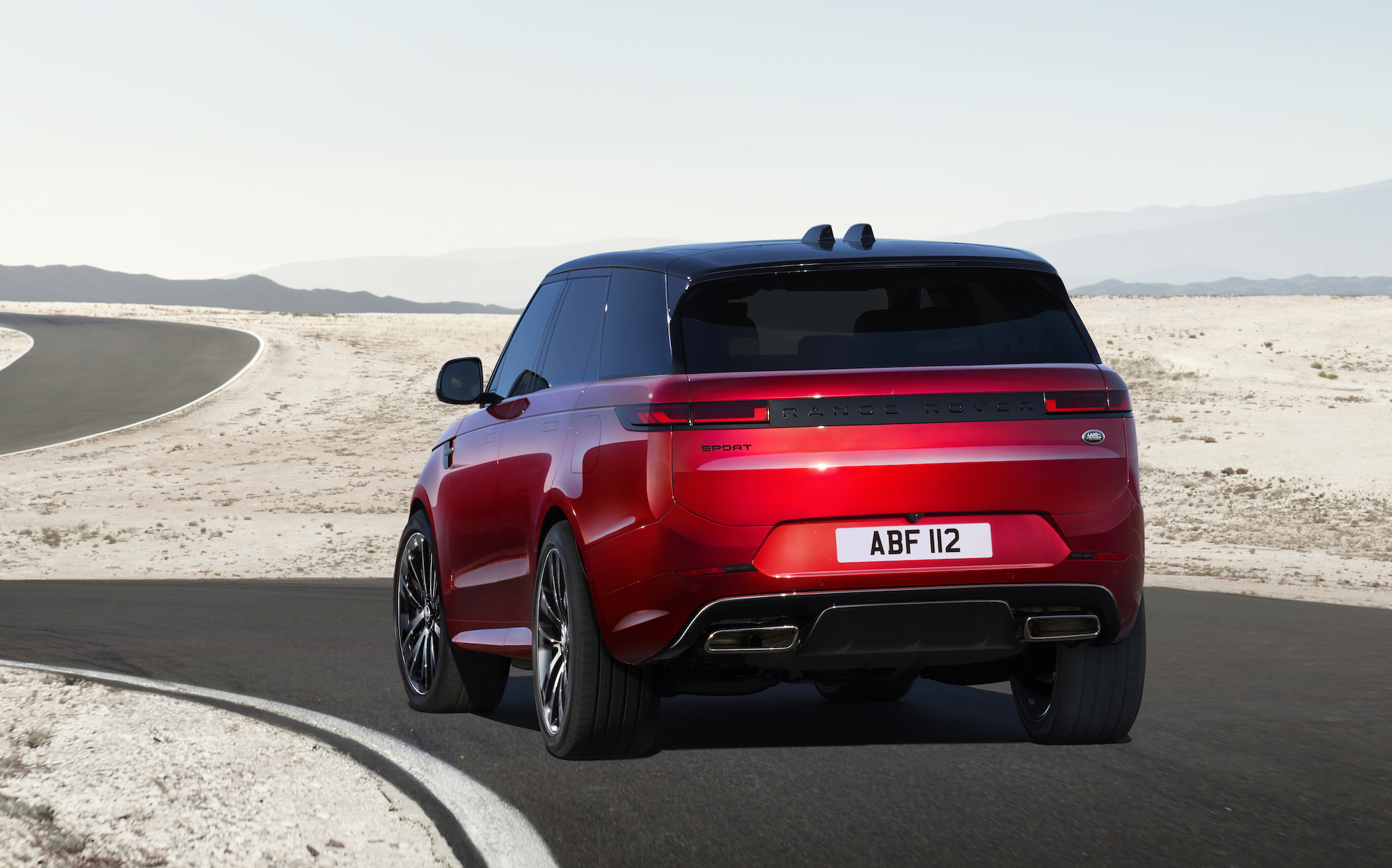 Inside and the new Sport pinches much of the larger Range Rover’s dashboard, but to give a sportier feel the seats are set 20mm lower, the steering wheel is smaller and the centre console is higher.

Unlike the outgoing Sport, the new car is a strict five-seater and therefore benefits from a larger boot (835/1,860 litres) and more rear leg-room. Customers after a seven-seater will now be directed towards the full-size Range Rover which now comes in five- and seven-seat and short- and long-wheel base forms.

For the time being there are just SE, Autobiography and a limited-run First Edition versions, with all cars getting a 13.1-inch curved infotainment screen, a 13.7-inch display for the dials, wireless Apple CarPlay and Android Auto, and Amazon Alexa as standard.

Land Rover’s engineers have fitted a new dynamic air suspension that offers greater distinction between its modes, and buyers can upgrade this to the Stormer Handling Pack. 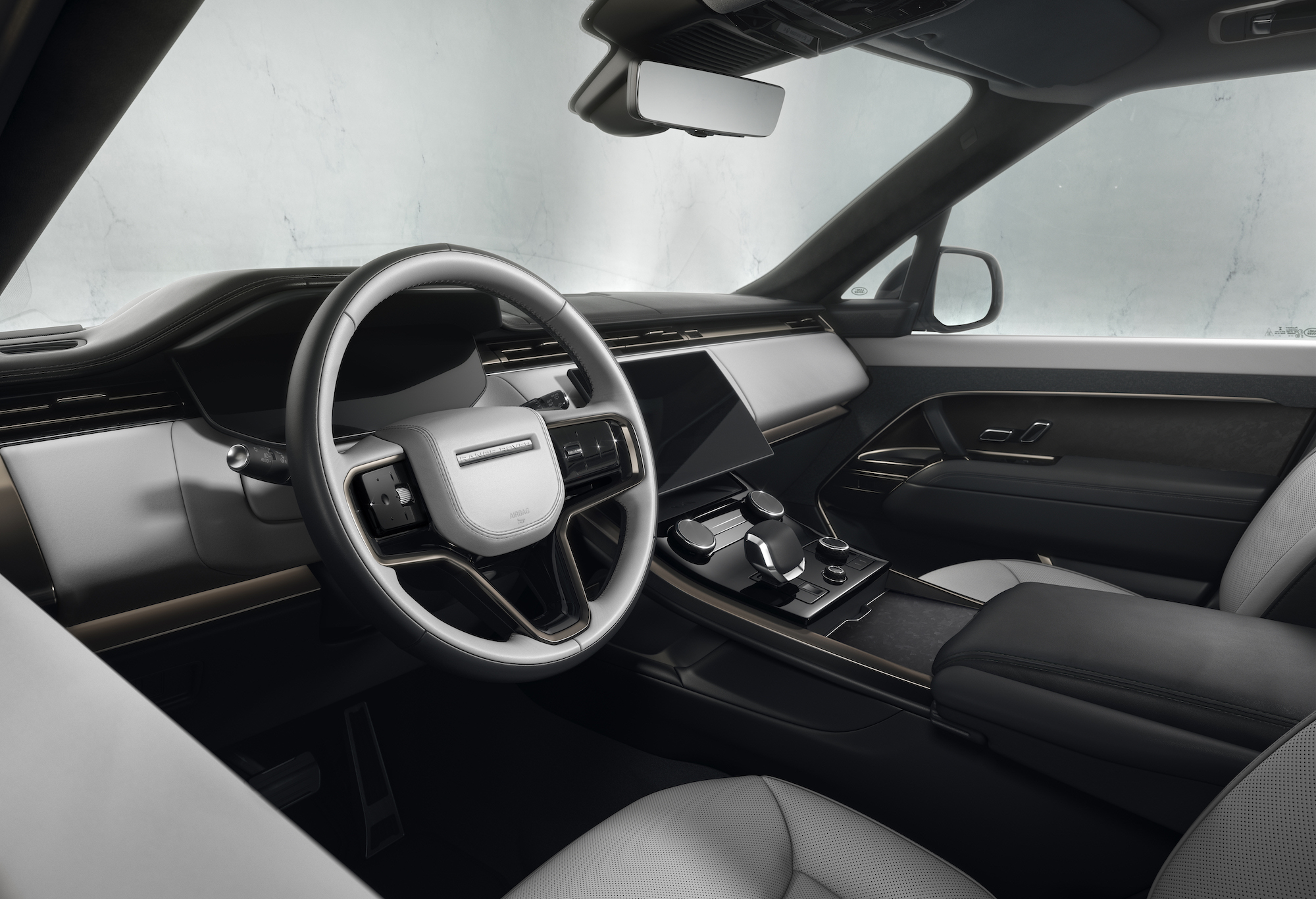 The name is a nod to the concept car that spawned the original Range Rover Sport of 2005, but not only that it also adds Dynamic Response Pro which comprises an electronic active roll control system, all-wheel steering, an electronic active diff with torque vectoring by braking and configurable programmes.

The Sport, naturally, gets Land Rover’s clever Terrain Response 2 system, just like the range-topping Range Rover, which can be configured by the driver if they wish. There’s a 900mm wading depth and Land Rover has also fitted the Sport with an advanced cruise control system that can be used off-road.

Under the bonnet there’s a selection of petrol, diesel and hybrid power. Headlining the range is a 503bhp BMW-derived 4.4-litre twin-turbo V8, but making up the bulk of sales will be a 3.0-litre straight-six mild-hybrid petrol and two 3.0-litre mild-hybrid diesels.

Company car drivers will be drawn to the two plug-in hybrids – P440e and P510e – which combine a 3.0-litre straight-six petrol and a 38.2kWh battery.

Total EV driving range is a real-world 54 miles, it can be rapid charged up to 50kW, and company car drivers will like the low 18g/km Co2 emissions.