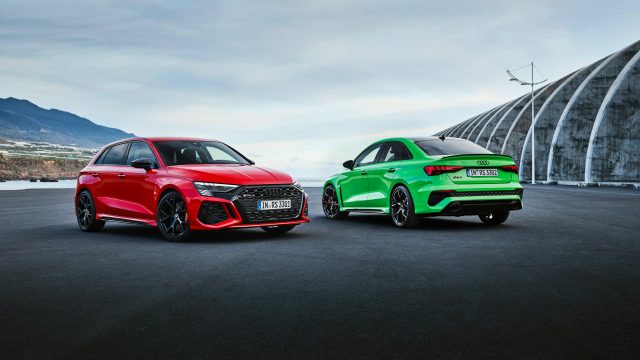 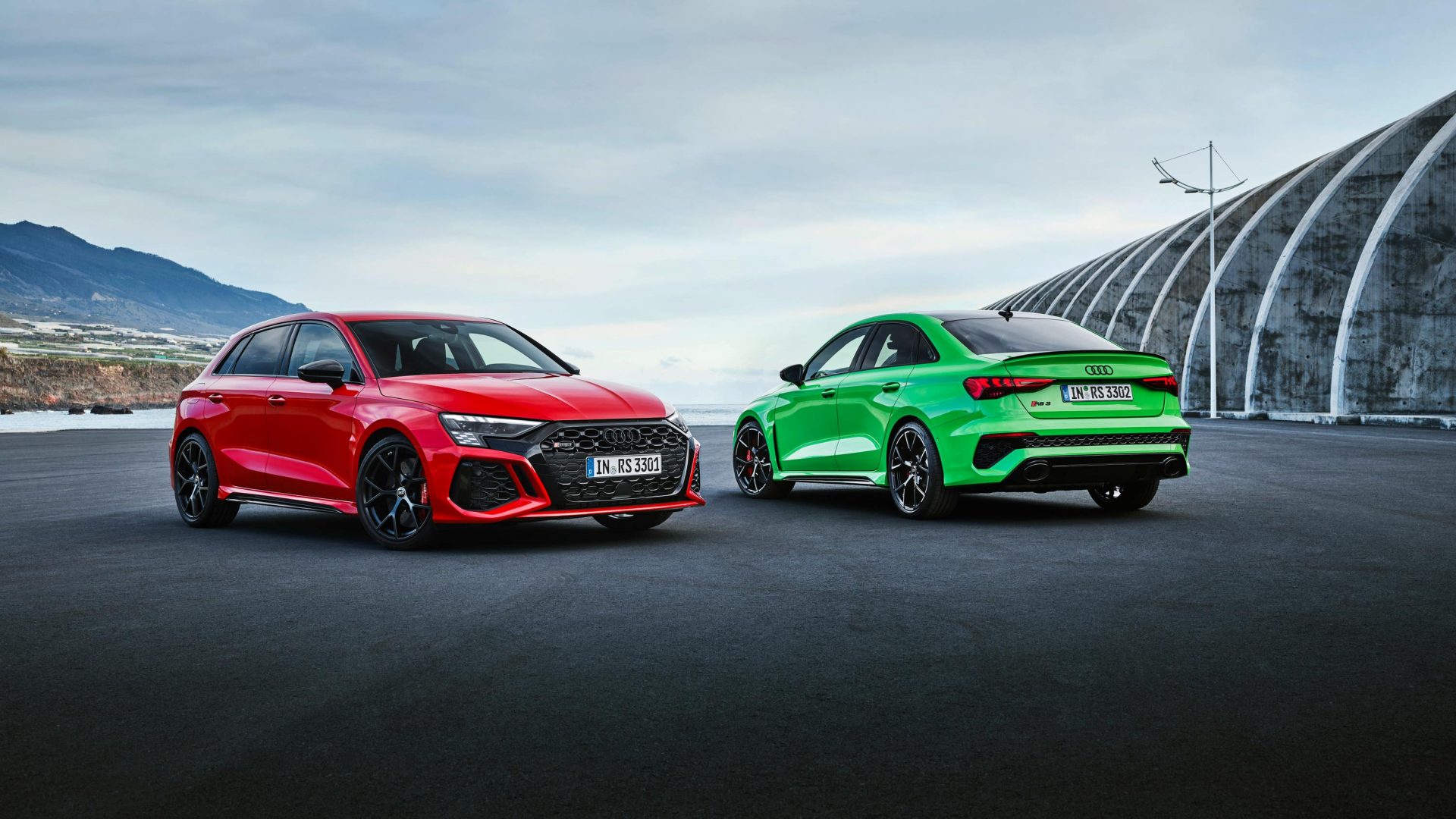 Audi has announced books are open for customers to order its new RS3, in both Sportback and saloon forms.

Prices for the high-performance model start at £50,900 with the new version available in for specifications – RS3, Carbon Black, Launch Edition and Vorsprung.

Every spec is available as both a hot hatchback and a saloon, with each model costing exactly £1,000 more as a Saloon.

There is also a 10.1-inch infotainment system with satellite navigation.

Drivers benefit from improved handling and performance, courtesy of a new torque splitter as standard, which replaces the old model’s rear axle differential.

The next specification up is the Carbon Black, which starts at £55,550.

The second-highest trim is called Launch Edition, which costs from £56,900 and is set to be highly sought-after with just 96 examples coming to the UK.

It gets extended driver assistance, adaptive suspension, a glass panoramic sunroof, head up display, sports exhaust and much more.

Finally, the top of the range model is called Vorsprung and starts at £58,650.

Equipment includes 19-inch alloy wheels with a graphic print, an electric bootlid and a 360-degree camera.

The Audi RS Dynamic pack costs £5,500 on the standard car and £5,000 on Carbon Black and Vorsprung models.

It brings a variety of extras such as adaptive suspension, ceramic brakes, sports exhaust system, and a top speed increase to 180mph.

Customers can order their car now ahead of November deliveries.