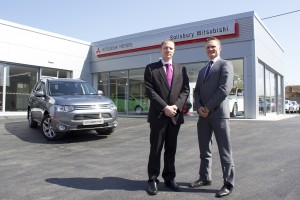 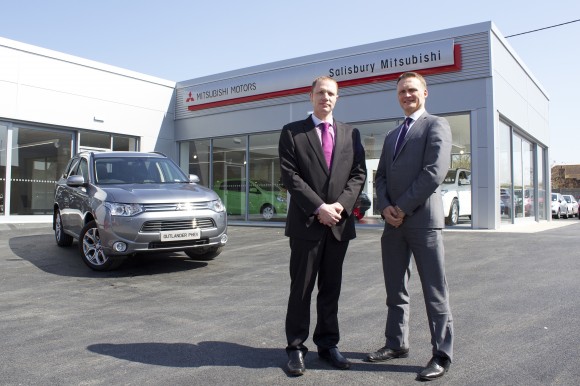 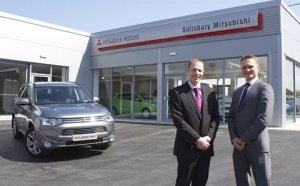 A NEW Mitsubishi dealership has opened in Salisbury following a three-year project to build a showroom and workshop.

The arrival of Salisbury Mitsubishi has created six jobs at the site owned by Horizon-Magna Motor Group, on the A338 at The Headlands, Downton, Salisbury.

The dealership is the second Mitsubishi franchise for the group and follows the success of its outlet in Ringwood Road, Poole, which opened three years ago and has already won the coveted New Dealer of the Year award for the brand.

Dealer Principal Tony Roberts said: ‘We’re really pleased with the new showroom and workshop. We think it has turned out incredibly well. Salisbury is a new territory for Mitsubishi but I believe the Mitsubishi range is extremely well suited to the rural area we are in.

‘We are a privately-owned company that has been trading for more than 40 years, and we’ve grown by looking after our customers and gaining their loyalty. We recognise and value that loyalty, and continually strive to offer a personal service to everyone.’

The site of the dealership has been a garage since the 1920s and was taken over by Horizon-Magna Motor Group in 2002.

The redevelopment took two years of planning and 13 months of building, with the old three-car showroom transformed into one big enough for 11 vehicles. The workshop has gone from having two bays to five plus MoT facilities, and there is a 20-space car park for visitors and a new waiting area.

Salisbury Mitsubishi becomes the seventh new Mitsubishi showroom to open in the UK in 2015.

Lance Bradley, managing director of Mitsubishi Motors in the UK, said: ‘We are delighted Poole Mitsubishi has proved so successful that Tony and his team are now opening a new dealership in Salisbury. A lot of work has gone into the new site and it looks fantastic. We wish them every success for the future.’

MORE: One third of email leads are not answered

On SuperUnleaded.com: Eight examples of the most ridiculous road rage ever