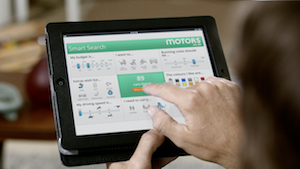 One-third of email leads are not answered by dealers

ONE out of every three email enquiries sent to dealers asking about buying a car remained unanswered, according to new figures revealed by Motors.co.uk

But the research shows dealers are getting better with their customer service.

In one of the busiest plate change months of recent years, Motors.co.uk sent 100 sales queries sent to a random selection of independent and franchised retailers around the UK.

Almost two thirds (61 per cent) of Motors.co.uk dealers were hot on their email response times, compared with less than half (47 per cent) in 2012.

Not only did the research show dealers were improving their management of email enquiries, the response times were also significantly quicker.

The majority (98 per cent) of those who sent a response did so within the crucial 24 hours after receiving the initial enquiry, while the four-hour time frame was achieved by over two thirds (69 per cent), and 38 per cent hit ‘reply’ within one hour of receiving the email.

Managing director of Motors.co.uk Andy Coulthurst said: ‘We’re really pleased to see there has been such a marked improvement in the number of dealers who are recognising the importance of engaging with customers via the channels which suit them, including email. In addition, more than two-thirds of the dealers who replied to our challenge delivered a good or excellent response, which is incredibly positive news for the motor retail sector.’

Of the 61 dealers who responded to the sales enquiry emails, 70 per cent of the replies were good or excellent. This means the dealer typically introduced themselves, provided contact details and answered the consumer’s questions, either letting them know about availability or offering to source an alternative vehicle. The top-performing dealers went even further and personalised their response, asked about part-exchange and finance options, or included photos or video of the car in question.

Coulthurst added: ‘Today’s consumer is technology rich and time poor. Whatever the product or service in question, we are all looking to get a useful response from retailers in an appropriate time frame and through a convenient channel to allow us to get on and make a decision.

‘Increasingly, consumers will go elsewhere if the customer service they receive is not on a par with their expectations, which means dealers could be missing out on valuable leads if they don’t hit the reply button.

‘Not only does an enthusiastic buyer expect a good response, but they also want it quickly. Our latest consumer research shows three-fifths (59 per cent) of interested buyers would expect a response within four hours of contacting a dealership. Taking this into account, dealers should be mindful their sales teams are also fully equipped to handle queries promptly.’

MORE: Blog: Are you prepared for the driving licence changes on June 8?

MORE: Those awful car colours of the 1970s are making a comeback

On superunleaded.com – You May Think Only Sports Cars Lap The Nurburgring, This May Come As A Shock