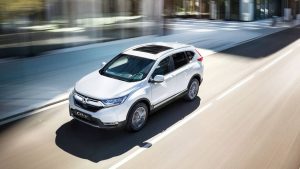 Christmas travel on rail, air and road to be assessed for safety

A Christmas travel tsar has been appointed in a bid to avoid transport chaos during the festive period.

The Department for Transport (DfT) said Network Rail chairman Sir Peter Hendy will scrutinise whether train, air and road networks are ready for millions of people making trips over the five-day window when coronavirus restrictions are eased.

Cheaper advance train tickets for Christmas travel only went on sale on Friday, about eight weeks later than usual, due to delays in finalising timetables during the pandemic.

Labour has warned that parts of England under the most stringent coronavirus restrictions will be stretched to ‘breaking point’ without the support of a key business grant.

Shadow chancellor Anneliese Dodds is set to urge her opposite number Rishi Sunak to bring forward additional help and will suggest the Government extends its Additional Restrictions Grant (ARG) in Tier 3 areas.

ARG funding was given to local authorities when they entered Tier 3 under the first regionalised lockdown restrictions, and was available to all other areas when England entered a national lockdown last month.

Time is tight to secure a free trade deal between the two sides, with the transition period set to end in just over a month.

But Barnier, arriving in London on Friday evening, told reporters that he would continue to work with ‘patience and determination’ to reach an agreement.

Electric vehicle battery firm Britishvolt has announced that its global headquarters will be situated at a new location in the West Midlands.

Set to provide a core part of the firm’s battery development, the 5,000 square metre facility will be located at the MIRA Technology Park Campus near Coventry. It’s due to be fully operational by 2022.

The firm has also said that it plans to start production of the UK’s first gigaplant in the fourth quarter of 2023 at a former RAF base in Bro Tathan, south Wales.

Currys PC World has apologised to customers after some saw hundreds of pounds accidentally wiped off their gift cards in a Black Friday surge.

The company saw a surge in demand which resulted in the website being completely unavailable for a period of time on Friday evening.

Customers reported seeing hundreds of pounds ‘wiped’ from gift cards as they went to purchase items.

Honda has revealed details of the 2021 updates for its CR-V SUV, which will be available from the start of December.

It will now be exclusively available as a hybrid, and will wear Honda’s new e:HEV badging designed to highlight Honda vehicles’ electrified powertrains.

Dyson to invest in robotics and AI technology

Dyson plans to spend nearly £3bn to double its range of products by 2025, with robotics among the new areas to be researched.

As part of plans to expand that portfolio, a £2.75bn investment will be used to hire new engineers and scientists as well as fund research into areas including robotics, new motor technology, machine learning and software.

It is not the first time the company has tried to venture into new product areas – last year the Wiltshire-based firm scrapped its development of an electric car after deciding it was not ‘commercially viable’.

Today will be mainly cloudy day with scattered in the south before these begin to drift north, according to BBC Weather. Northern areas will see more sunny spells and it will stay drier. The evening will be dry in most places although some areas will see rain.