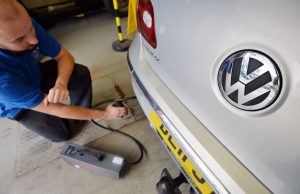 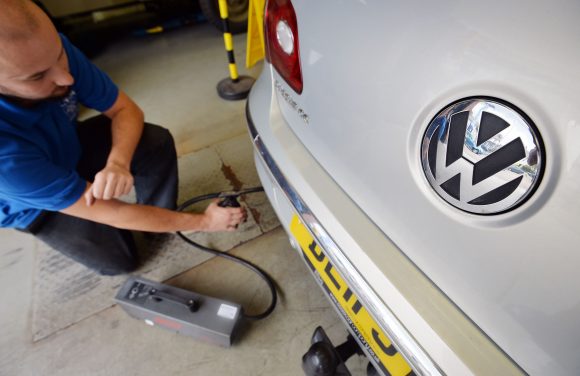 FIGURES released by Volkswagen show that only around one in 10 UK VW vehicles fitted with software to cheat emissions tests were fixed in the year since the scandal broke.

Volkswagen told the Press Association that ‘over 110,000 vehicles in the UK’ had undergone remedial action, which is roughly ten per cent of the 1.2 million vehicles affected by the issue in the UK – a figure that Louise Ellman, Labour MP and chairwoman of the Transport Select Committee, described as ‘simply unacceptable’.

Ellman said: ‘One year on from the Volkswagen emissions scandal, nine out of 10 drivers are still waiting for their car to be recalled. Time and time again, VW’s schedule has slipped.

‘This is simply unacceptable when Paul Willis, VW UK’s managing director, promised the transport committee that VW drivers could expect to have their cars fixed by the end of this year.

‘People deserve to know when they can expect their vehicles to be corrected and returned to them. It’s time VW came clean with its customers. If it refuses to do so, the government must act.’

Volkswagen said the process of having the fixes approved for different models by regulators in various countries was complex. It added that it had written to more than 300,000 UK customers asking them to have the modification carried out.

In June, VW agreed to settle consumer lawsuits and government allegations in the US by taking steps that could cost the manufacturer £11 billion. The company has been criticised over its decision to compensate customers in the US with up to $10,000 (£7,600) but not give anything to owners in the UK or Europe.

Alex Neill, director of policy and campaigns at consumer group Which?, said: ‘One year on and VW customers in the UK will be questioning why US consumers are getting compensation while nothing is on the table for the 1.2 million owners affected in this country.

‘The government has had a year to address this issue. They now need to urgently ensure that UK customers are treated fairly.’

A spokesman for Volkswagen UK said: ‘At Volkswagen Group UK, customers are our priority and every owner has been written to at least three times to keep them up to date. We are working hard to apply the approved technical measures to as many cars as swiftly as possible as soon as they are approved.

‘The process of applying the technical measures has been under way since January 2016 and we have applied the measures to over 110,000 vehicles in the UK. We will continue to work closely with the authorities involved to fulfil our commitments.’

A Department for Transport statement said: ‘The government takes the unacceptable actions of VW extremely seriously. That is why we have taken swift action to protect the UK consumer. We were the first country in Europe to complete our own tests (April 2016) to ensure the issue was not industry-wide.

‘We continue to push VW to take action to compensate the UK consumer.’

MORE: Steed imports come to a halt because of Euro VI emission rules

MORE: Jon Reay: Could dieselgate be the making of VW?

On SuperUnleaded.com: Dashcam Footage Reveals Crash In Detail But Who Was To Blame?