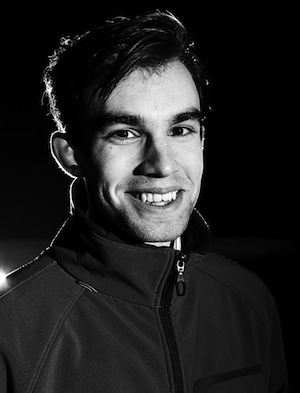 MERGERS and buy-outs are fairly frequent in the motor trade these days.

Indeed, it seems Car Dealer has reported on a fair few so far this year. But rarely do we hear these acquisitions attract the attention of a government department.

This week we heard that the Office of Fair Trading (OFT) was probing JCT600’s buy-out of the Gilder Group in March – and it was probably the week’s biggest news story.

The OFT is taking a look at the merger in order to establish whether it has ‘lessened competition’ in the marketplace. It says: ‘The Office of Fair Trading is considering whether this agreement has resulted in the creation of a relevant merger situation under the merger provisions of the Enterprise Act 2002 and, if so, whether the creation of that situation has resulted, or may be expected to result, in a substantial lessening of competition within any market or markets in the United Kingdom for goods or services.’

The deal – which was thought to have been worth between £20m and £30m – gave JCT600 a larger slice of the Volkswagen and Audi market and took the number of dealerships owned by the group to 50, strengthening its presence in Derbyshire, Nottinghamshire and South Yorkshire.

JCT600’s workforce jumped from 1,350 to 1,800 when the deal went through. The company also gained nine new car and LCV dealerships, two parts depots and a body shop.

The Bradford-based group denies the deal lessens competition in the area. In a statement, CEO John Tordoff – who was awarded the Lifetime Achievement of the Year award at Car Dealer’s Used Car Awards last year – said: ‘We are firmly of the view that the acquisition has not led to a substantial lessening of competition.’

An OFT spokesperson told Car Dealer that at the moment, it is merely considering whether the deal is unfair. But if it is deemed to be so, it’ll be referred to the Competition Commission for an in-depth inquiry. The Commission might then rule against the merger or demand parts of the business are sold off.

But why is the media reporting on this, you could well be asking. Well, these types of events rarely happen, that’s why. Last year there were more than 100 mergers across the board that were ‘looked at’, and roughly one or two were in the automotive sector.

Mergers and take-overs seem to be quite common in the motor trade at the moment – something which serves to highlight how interesting this case is.

We’ll report on the outcome when there’s more news – I for one am certainly interested in what happens.

If you’d like to be included in our weekly email, get in touch with the editor via our About Us page.