As the online used car dealer gears up for launch in the ‘next few weeks’, boss Peter Waddell has revealed he is searching for hundreds of staff in all areas of the business.

In a series of posts on social media, Waddell says he and business partner John Bailey – the former Cox Automotive president – are looking for staff and have revealed pictures of the transporters that are about to start rolling stock around the country. 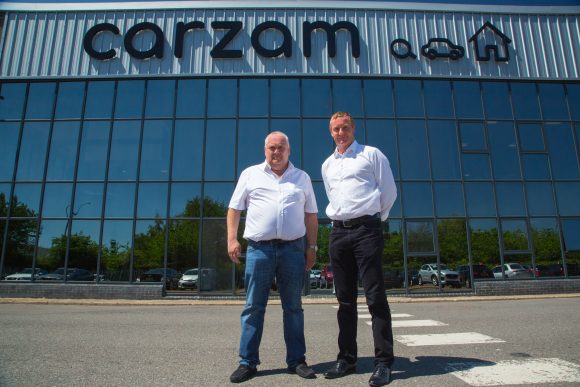 Waddell said he has taken on 200 new staff members for the Carzam project which will see customers be able to buy their used cars online and, in some cases, have them delivered to their homes on the same day.

The site will go head to head with start-up Cazoo which recently bought Imperial Car Supermarkets and set about turning them into customer hand over centres around the country. This week it made hundreds of staff redundant.

[Carzam transporter on the road, 0:07 video]

Waddell added: ‘We are taking on MOT testers to painters and call centre and admins staff. We are getting ready to open very soon.’

Carzam will prepare its cars in a dedicated facility at Peterborough which Car Dealer was shown around recently. You can see our video at the top of this post. 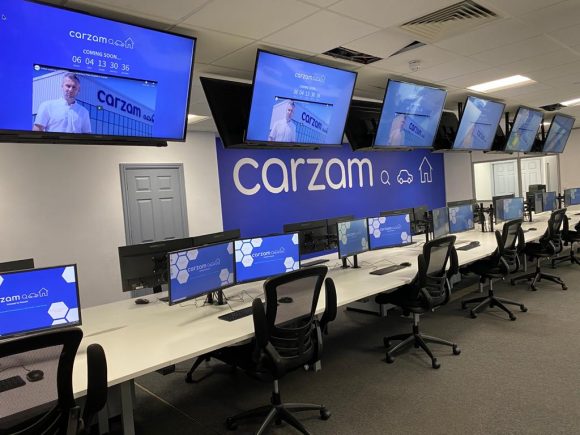 The huge preparation site will soon be refurbishing 350 cars a day in a 24 hour operation. It will also be home to the Carzam call centre.

Waddell added: ‘It’s upsetting to see the job losses around in the motor industry at the moment but there are companies expanding, like us.

Waddell and Bailey have invested £50m into the Carzam venture and are likely to seek investment in the new year.

Feature: We get inside line on new used car sales website Carzam from Peter Waddell