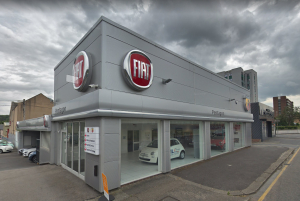 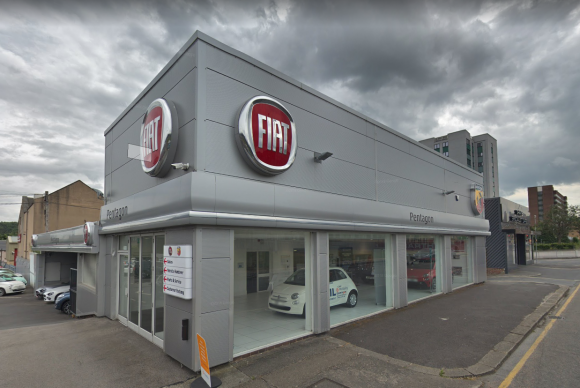 They ended on March 31, following Pentagon’s announcement last summer that it intended dropping the Fiat side of things at the West Yorkshire dealership, pictured, where it still represents Nissan.

The group said it was refocusing a small number of sites as it looked to develop a greater scale of operation among brands represented. At the end of last year, Pentagon took on three major Ford sites at Warrington, St Helens and Runcorn. Formerly branded as Polar Ford, before being moved into the Ford-owned TrustFord retail group, all three were rebranded as Pentagon Ford.

David Lewis, managing director of Pentagon Motor Group said: ‘We regret closing our Fiat business in Huddersfield, but were faced with the fact that this particular site cannot be further developed to meet return on investment and brand identity standards. Having considered the overall position, we worked closely with Fiat to bring matters to a mutually satisfactory close.

‘We have a very clear strategy for the future and a variety of both simple and very tough decisions have to be made to achieve that.’

Pentagon also closed the Jeep franchise at its site in Sheffield, South Yorkshire, on March 31, although its Kia and Vauxhall operations there remain unchanged.

A Pentagon spokesman said no jobs had been lost in Sheffield, with Jeep staff moving to other roles with the group’s Vauxhall and Kia franchises on the same site. He added that consultations with Fiat staff were ongoing at Huddersfield and the group was hopeful of a similar result there. Pentagon was unable to confirm how many staff were being affected, though.

The motor group was established in March 1991 with one Vauxhall dealership in Derby. Today, the business operates 39 franchise outlets for major brands from 26 sites across the East Midlands and north of England.

The company is part of Motus Holdings (UK) Ltd, which employs some 3,000 people across its business, which, along with 115 franchise outlets across 69 sites, incorporates seven passenger car and commercial vehicle body repair locations and two specialist truck body builders, as well as parts and commercial vehicle equipment operations.