Home > Interviews > Perrys: ‘Social media? You’ve got to be in it to win it’ 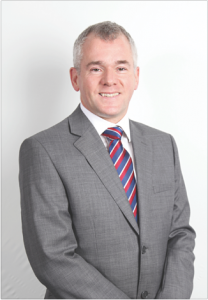 Perrys: ‘Social media? You’ve got to be in it to win it’

IF THERE’S one dealer in the UK which has grasped the concept of social media, it’s Perrys.

The dealer group has had a presence on a variety of social media outlets over the past few years, but its profile has risen dramatically of late. So much so, the company’s activity on Twitter saw it top our Top 100 Most Influential Car Dealers list earlier this year. And the man driving Perrys forward is chairman Ken Savage.

‘We’ve taken social media very seriously,’ he tells me. ‘We recognised we were behind the game compared to other dealers, so I recruited an additional manager to look after our social accounts and drive them forward. He’s just taken us to a whole new level.’

The man Savage is referring to is Perrys’ digital marketing manager Lee Manning, and Savage admits he had to take the leap into properly embracing social media because it’s so important to car sales these days.

‘I’m not sure whether social media is selling us that many cars right now, but I think it could do in the future,’ he says.

‘Social media at the present is very similar to websites. If you look back to around 2001 when we were looking at websites, it was such a small part of our business that I remember thinking then it won’t sell us many cars – but look at it now. I’ve taken the same view with social media – you’ve got to be in it to win it and you need be to involved early on to really find your feet and learn it.’ Savage believes social media is great in attracting customers – they may not be ready to buy for another three, four or five years, but social subconsciously ‘catches’ them now.

‘Even for people who are not aware of Perrys, it reaffirms the name as a substantial and household name, and I think the other thing is that it opens our doors to say Perrys is not just a logo but there’s actually people working for Perrys. We certainly try to get that last point over with our Facebook pages.’

Savage regularly updates Perrys’ Facebook presence with photos of his latest acquisition – a 1987 Ford Capri Brooklands 280 with only 27,000 miles on the clock.

‘I bought it on a whim. I woke up one morning and just went and bought it. In that era, I remember buying myself an XR2 but I still hankered after a Capri.’

Savage also updates Facebook followers with news of his activities on the race track in the Lotus Cup UK with his Lotus Two Eleven.

‘This is my seventh season now and I’ve got the bug really badly. My son and I race together and it’s great fun – although he is really irritated by the fact that I’m still quicker than him!’

But, like most dealer group bosses, Savage finds it difficult to disassociate his personal life from his business life. For instance, if there’s a call from the office while he is racing, he’ll take it.

‘When you’re running a business, you’ve got to be accessible. So, whether you’re on holiday or at a race track you’ve got to deal with those calls,’ he says. Savage joined Perrys in June 2000 specifically to handle the management buy-out that was completed in March 2001. Before this, he was at Quicks Group for about 10 years in a series of finance roles. Therefore he’s a man who has an eye for numbers, so it’s no surprise that he has hauled the business out of the recession and into the big time. ‘The recession for us, wasn’t any worse or any better than for anyone else,’ he remarks. ‘We really hit the wall in August 2008 – and it was red across the page in terms of profitability.

‘We had to take the actions and look really hard at our cost base. The workforce was the biggest part of that cost base and we had to trim things back to make sure the business was viable going forward.

‘We did that and I remember 2009 was actually a good year; 2010 was a bit harder – the recession was a bit of a bumpy ride and we were in it and then out of it. But 2013 was a really strong year for us and this year is proving to be even stronger.’

And on that point – what are Savage’s expectations this year? ‘Everyone I speak to is having a good time. What we do as management is put the business in a position that takes advantage of the market – and there’s definitely a market there. Certainly the first quarter of this year was very strong; it seems to have gone a little lighter in the second quarter but we are still looking pretty good. Once companies are on a roll, they continue to be on a roll.’