Are car dealerships reopening after PM’s speech? Here’s what our experts and dealers think

Prime minister Boris Johnson tonight laid out his plans to reopen the economy – but car dealerships are still no clearer as to whether they should open or not.

The government is actively encouraging those who cannot work from home to restart, which could be seen by some as a green light to re-open car dealerships as soon as tomorrow.

However, various experts and car retailers we have spoken to tonight are still divided on whether the motor trade can start up again following the PM’s announcement.

In his address to the nation, the PM said going back to work should be done while adhering to social distancing at all times and commuters should avoid public transport.

And he added that schools and non-essential shops will remain shut in England until at least June because the coronavirus transmission rate is still too high to significantly ease the lockdown.

Debate will rage over whether car dealerships could be included as part of those businesses that cannot be carried out at home and thus can go back to work, or whether they’re classed as ‘non-essential shops’ and should wait until June.

Peter Vardy told Car Dealer Magazine tonight: ‘In Scotland, it’s a no in my view. In England, it’s a grey area and dealers will need to see the detail. I think Boris confused matters, but when you read what he said again it says retail will go back in June.

‘You could argue most businesses – including pubs and restaurants – cannot work from home, so could go back to work after what he said, but clearly that is not the case. It does not sound like a green light for car dealers to me.’

He told us: ‘It’s unclear in my view. I think we could be in stage one as the prime minister said he had been working on guidance for employers and I am aware work has been done on that for our sector.

‘In addition, he specifically referenced manufacturing and in my view we are part of the supply chain for our brand partners. However, it is still unclear at this stage. We’ll see the guidance when it is released and will consult the NFDA.’

Other dealers Car Dealer Magazine has spoken to this evening – including independents and family run franchise dealers – also said the news was ‘confusing’ and as ‘clear as mud’.

Sean Kelly, MD of Vines BMW, told us: ‘In the circumstances of the number of infections and continued deaths from the virus, the message was one of clear common sense from a public health perspective. For dealers overall it’s an ambivalent message. Without the details from parliament tomorrow, I am in the same place as I was at 6.55pm.

‘From the address it’s pretty clear the earliest we can look to have all the business open will be June 1. Therefore we need clarity quickly on the phasing, or amending of the furlough scheme to allow for sensible reopening planning.’

David Kendrick, partner at UHY Hacker Young, said he thinks the announcement was the green light dealers had been waiting for.

He said: ‘It is now actively encouraged for those who can’t work from home to go to work.

Mike Jones, chairman of ASE Global, didn’t agree complete, but said he thinks car dealers should be some of the first businesses to open.

He said: ‘It is good to see the start of the opening up of lockdown. While it is not as fast as we may hope for, it is vital for the economy that we don’t have a second lockdown, so it is sensible to do it in a managed and gradual way.

‘Operating in open spaces and large showrooms car dealerships should be one of the first “shops” to open, as we have seen in other countries. But it is still a grey area – can dealers work from home?’

Nona Bowkis, solicitor for motor trade legal firm Lawgistics, said she thinks dealers should wait to see the detail given to parliament tomorrow.

She said: ‘Tonight’s announcement was rather vague and so car dealers will need to wait for the extra detail which is coming tomorrow.

‘Despite the message to go to work if you can, we will need to wait and see if car showrooms can now open and what it really means for our industry.’

The PM outlined ‘the first sketch of a road map’ in his speech at 7pm, with a new alert system to determine when aspects of the economy and social lives can be restarted as he tries to limit the damage.

He gave five phases of a ‘Covid alert level’ that will be primarily influenced by the rate of transmission, or R, which he said is between 0.5 and 0.9 ‘but potentially just below one’.

‘No, this is not the time simply to end the lockdown this week,’ he said. ‘Instead we are taking the first careful steps to modify our measures.’

The PM said that, from Monday, ‘anyone who can’t work from home, for instance those in construction and manufacturing, should be actively encouraged to go to work’.

But workers should avoid public transport ‘if at all possible’ because ‘we must and will maintain social distancing’, he added.

The BBC business editor Simon Jack said there was still concern among business leaders that if they get the return to work wrong they could open themselves up to corporate manslaughter charges. He added that businesses want clear direction on what PPE should be used.

The vague news tonight follows weeks of uncertainty for dealers, many of whom have been busy preparing showrooms to restart. Some of the larger groups have already spent hundreds of thousands of pounds on preparations to restart.

Strict social distancing measures have to be implemented in all work places – with pinch points in corridors or lifts avoided, workers sat two metres apart and clear signage on the rules for customers.

Many dealers have already shelled out on PPE for staff and customers, created signage across their dealerships, marked out walkways to adhere to social distancing and installed perspex screens around customer facing staff. Some, like Wessex Garages, have even produced special videos to encourage customers back into showrooms.

He told Car Dealer Magazine: ‘I’m delighted with how much we have achieved in a short period of time to provide a safe environment for both colleagues and customers.

‘It’s essential that anyone who visits should feel confident and reassured that we have taken every possible measure to protect them.

‘The video, along with our calls and emails will reinforce our key focus of safety and service above everything else when visiting the sites.’

Next on the list for the government will be how to wean dealers off the furlough scheme.

The automotive industry is already gearing up for major job losses in the wake of the crisis and without a tapered end to the furlough scheme there could be many casualties.

The chancellor Rishi Sunak is due to make an announcement on Tuesday which is expected to reveal workers will be allowed to return part time – part funded by employers, part funded by the state. 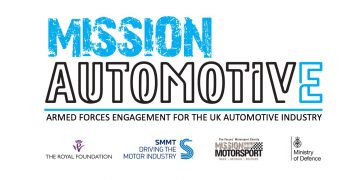 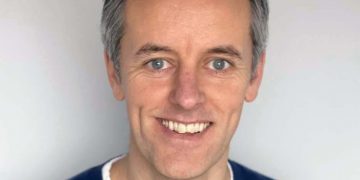 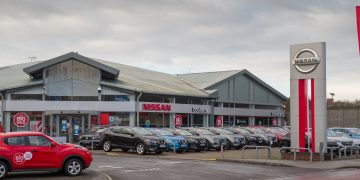 Lookers boss: Now we have a date for reopening showrooms we’ll see a material boost in customer confidence 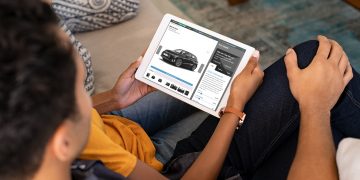 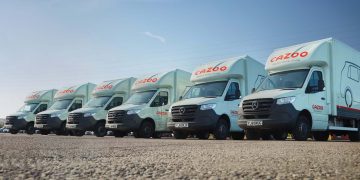 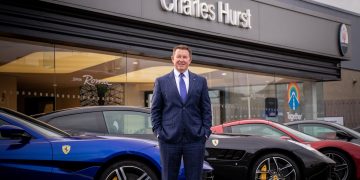 How many car dealerships does each manufacturer have in the UK? Car Dealership Locations List 2021 revealed