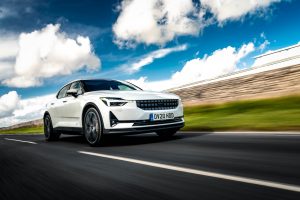 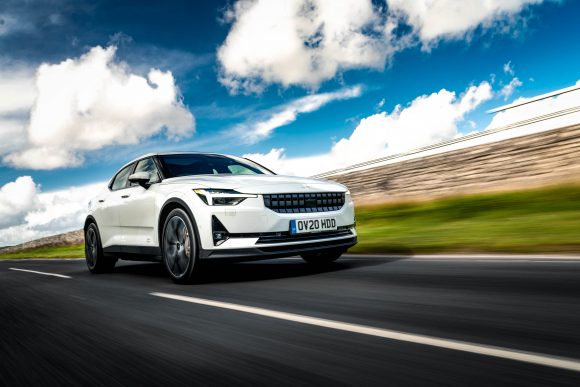 Polestar has set a goal of building the world’s first ‘truly climate-neutral’ car by 2030.

The Swedish performance car brand and sister firm to Volvo made the statement in its first annual review published today.

In it, Polestar CEO Thomas Ingenlath reveals the company is working on building a car that’s ‘climate-neutral when it rolls out of our gates’, and refers to experts who claim planting trees through carbon off-setting is unsustainable.

‘Offsetting is a cop-out,’ Ingenlath declared. ‘By pushing ourselves to create a completely climate-neutral car, we are forced to reach beyond what is possible today.

‘We will have to question everything, innovate and look to exponential technologies as we design towards zero.’

At this stage it’s not clear how Polestar will reach its goal of building the climate-neutral model, which currently comes under the project name of ‘Polestar 0’.

But the firm says it will work with the industry – both suppliers and retailers – to get rid of CO2 emissions involved in its operations.

Polestar’s head of sustainability, Fredrika Klaren, said: ‘We’re electric, so we don’t have to worry about combustion engines producing toxic emissions – but that doesn’t mean our job is done.

‘We will now work to eradicate all emissions stemming from production. Now is a historic and exciting time for car makers, an opportunity to seize the moment, do better and dare to build the dream of climate-neutral, circular and beautiful cars.’

Ingenlath added sustainability declarations, common in industries like food and fashion, will be applied to all future Polestar models.

Starting with Polestar 2 and initially disclosing carbon footprint and traced risk materials, labelling will appear on the company website and in Polestar Spaces retailers.

‘Consumers are a huge driving force in the shift to a sustainable economy,’ he said. ‘They need to be given the right tools to make informed and ethical decisions.

‘This makes things very clear. Today, Polestar 2 leaves the factory gates with a carbon footprint. In 2030 we want to present a car that does not.’

Polestar’s work in sustainability isn’t unique however – Volkswagen announced last year its ID.3 is carbon-neural when it rolls out of the factory.

Since its creation as a standalone brand in 2017, Polestar has launched in 10 markets around the world and opened 39 retail ‘Spaces’ – two of which are in the UK.