It’s popcorn time in the industry at the moment for big car brands, says retail consultant

The next couple of years are going to be VERY interesting indeed for the big car brands – and some could even consolidate.

Litton was formerly the general manager of Volvo Cars Poole, has been sales manager at Mercedes-Benz and BMW dealerships, and used to run his own internet-based used car business, so he’s certainly well placed to comment on the industry

He was interviewed by James Batchelor, and both agreed how over the 10 years Litton has been writing for Car Dealer some things had changed in sales while others were the same, but acceptance by customers of online sales had certainly become more prevalent.

‘But the key fact is people see car, interested in car, we try to sell car, be as good as we can be, manage expectations, and deliver car,’ said Litton.

‘That hasn’t changed since when my dad started in the motor trade in 1958 and if my sons decide to go down the dark path of joining the motor trade then it probably won’t be any different for them in 2058. It’s just the whole kind of how we do it has been modified a little bit.’

Among the topics discussed was how car ownership was being replaced among the younger generation by car sharing. Batchelor cited London as an example, where he suggested that the car-sharing club Zipcar was proving more attractive to them than going into a showroom, with the idea of buying a car dwindling already and only going to get worse.

Litton agreed – up to a point.

‘It is, but I think it’s an assumption that too many people make, especially at the manufacturer level, because often the people making those decisions could be in centralised European locations where they might be in major hub cities where they probably are seeing a transference away from car ownership to car usership.

‘It’s definitely happening in the UK – Bristol, London, Birmingham, those kinds of cities – but I think there’s a tendency among OEMs to forget that countries are made up of vast territories, and while that might be right in urban environments, there are a lot of car dealerships operating in more provincial settings.’

He added that there was still a need for dealerships, because just as with quality products such as those bought in Bond Street and Savile Row in London, there was an important physical, tactile element to the car-buying process, especially with premium models, and it couldn’t all be done online.

Showrooms here for a while

Litton said the physical infrastructure for networks would be here for a while, although not necessarily in its current form.

‘And certainly in the premium sector you can’t offer premium products with premium monthly payments or premium cash prices and expect to do that completely via an online channel – not with that type of purchase and size of purchase.’

He added: ‘A lot of car manufacturers even in the volume sector are still offering a very unique product that has a unique offering to that individual, and there’s a lot of expertise that goes along with that product, and I think it’s important for manufacturers particularly to remember that when it comes to decisions about networks.

‘We’ve seen lots of conjecture about what’s happening with network sizes – do they need to be rationalised, brought down in number, all that kind of stuff – and I think there’s a case for some of that, but it’s a brave brand that risks a lot of market share by closing off lots of different outlets, because you know they will all have a need to fill new car volumes.

‘They’ve all got factories that are ready to get back on stream making cars as soon as possible and they’re going to need a way to sell and deliver those, and I don’t think suddenly flipping the online switch is going to be the answer.’

And he had a forthright, blunt message when it came to potential disruptors in the used car market, thanks to a different perception on used car margin potential…

‘If people who operate outside the motor industry think that the used car model is an easy one to target and a very lucrative one to target they’d be sadly mistaken.’ 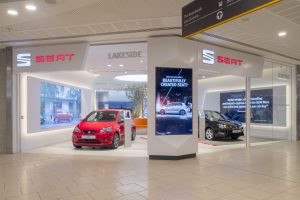 He added: ‘I think the new car question is more important, because If you look at a company like VAG for example, you could ask yourself why do they have four brands that essentially sell the same car with four different networks doing exactly the same thing?

‘It’s whether they start to say something like we’re only going to operate with two different brands in various bigger markets because of the cost of actually operating that infrastructure.

‘But the problem – and something that again I don’t think people understand – is that when you’ve got governments involved in car manufacturing strategy, where factories are being subsidised, employees are subsidised, tax breaks are given, there are so many various factors that go into an OEM’s decision to operate and sell in a certain country that at the retailer level sometimes we don’t necessarily appreciate all of that.

‘The problem is these budgets and targets and financial plans have been set years and years ago and it’s very hard with the machines that are these big OEMs to suddenly be dynamic enough to stop that thing and then suddenly say actually no, we’re going to pivot and we’re going to go and do something else.

‘It’s just very hard to do that. So what I’m really looking forward to seeing in the next couple of years is how these big manufacturers consolidate their various brands. It’s really popcorn time for the motor trade at the moment just to see how it all plays out.’

Watch the interview in full by clicking on the main image.