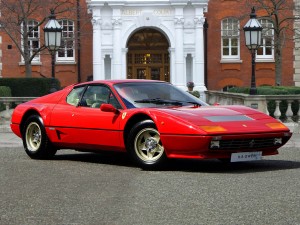 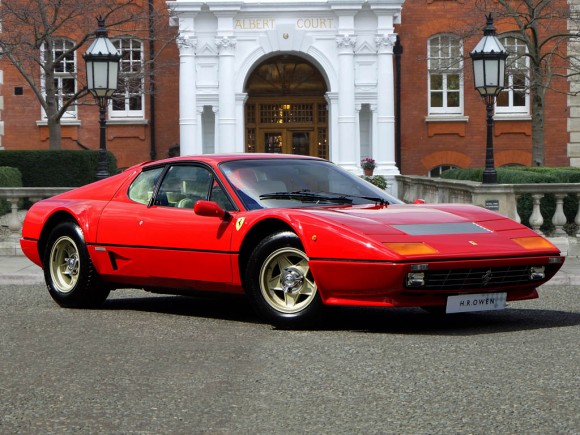 A SELECTION of rare Italian supercars are taking centre stage at H.R. Owen dealerships across the country.

An iconic 1980s Ferrari 512BBi, a time-warp Ferrari 456 with less than 450 miles on the clock, a limited edition Lamborghini Aventador LP750-4 SV and a one-off Lamborghini Murcielago LP-670-4 Superveloce are available for sale, reaffirming H.R. Owen’s position as one of the leading luxury dealer groups in the UK.

The Ferrari 512BBi, which was first registered in 1982, is available at the Old Brompton Road flagship London showroom. The pristine, left-hand-drive Rosso Corsa example with Crema Daytona seats was first bought in Germany and came over to the UK in 2009.

The 1980s, 12-cylinder supercar comes with an array of history accrued over the last 34 years and has covered just over 14,912 miles in it lifetime. H.R. Owen has known the car for the last several years, having maintained and sold it to its previous owner. It is now available with a price tag of £299,950 and is looking for its next custodian.

A rare example of the Ferrari 456 M which has been perfectly preserved is also available, having covered fewer than 450 miles in the 17 years since it was first registered in 1999. Despite its low mileage, this is a car that has been lovingly stored over its lifetime and is one of only a few manual 456s to be sold.

Ferrari fans are spoilt for choice with a trio of F12 Berlinettas on offer. All three are examples of the front-mid engine grand tourer and were originally supplied by the H.R Owen. The cars’ 6.2-litre naturally aspirated V12 engine produces 740hp and is capable of firing the F12 Berlinetta to from 0-62mph in just 3.1 seconds, before going on to reach a top speed of 211mph.

The dealership is also offering one of the final Murcielagos to be made, and the third Lamborghini to wear the Superveloce badge, following the Diablo and the Miura. Just 186 were created and its 670bhp engine is 30bhp more powerful than the standard Murcielago, and it is capable of hitting 0-62mph in less than 3.0 seconds.

Tom King, H.R. Owen’s marketing director, said: ‘The wide range of rare and interesting cars available in our showrooms around the country is unrivalled, meaning fans of Italian supercars are truly spoilt for choice. The 512 BBi is particularly special, and is a real icon of the 1980s.

‘The wide range of cars on offer is a great example of the diversity offered by H.R. Owen. Whether it is new cars, used classics, servicing, repair or any other area, we aim to be the best in the world, and the cars that we have for sale are further proof of this in action.’

MORE: First quarter goes well at Lookers with profits ahead of last year