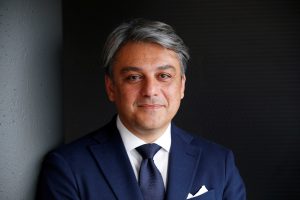 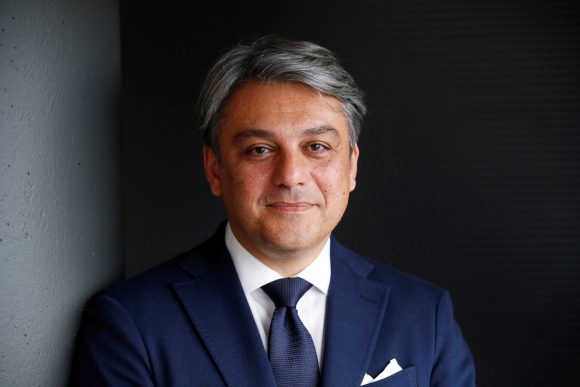 New Renault CEO Luca de Meo has promised to put the French car firm ‘back where it belongs’ in a fight with the top manufacturers in the world.

Admitting the job he started a few days ago ‘will be tough’, de Meo wrote in a post on social media that he is ‘filled with joy’ to be back at the car company where his career began.

Previously boss of Seat, de Meo has taken over the top role at Renault at a time the company is going through radical changes.

Last month the car brand said it would slash close to 15,000 jobs worldwide in a restructuring plan.

The Alliance with Nissan and Mitsubishi – collectively the second-largest car maker in the world – has been strained since the troubled departure of Carlos Ghosn and the power struggle between the brands is ongoing.

But de Meo – who speaks five languages – will have a big job on his hands and is under no illusions as to the scale of his role.

He said: ‘After a few days within Groupe Renault, I am confident in our ability to bring the company back on track. The teams are highly skilled, committed and passionate.

‘It fills me with joy and gratitude to see my career path taking me back to where I started, this time as CEO. It is a great honour, it is also a great responsibility.

‘Groupe Renault is going through difficult times and the context of a global and complex crisis is not helping.

‘We still have much to do. The upcoming months and years will be tough and the road to success will not be easy. But I have trust in the Renault teams’ capability to rise up to the challenge.

‘Together, we will put Groupe Renault back where it belongs, among the world’s most popular and successful carmakers.’

And de Meo gave a nod to the importance of the Alliance in his post on LinkedIn admitting it gives the car brands ‘great strength’ for the future.

The FT reported earlier this year that negotiations between the VW Group and Renault went on ‘for months’ following his decision to step down from Seat and join the French firm.