Home > Car News > Review: Is the refreshed BMW X3 still one of the best in its class? 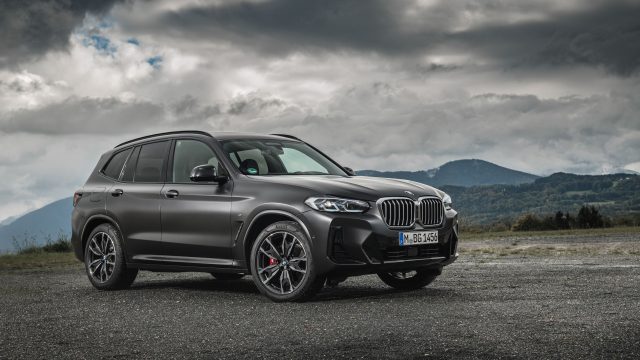 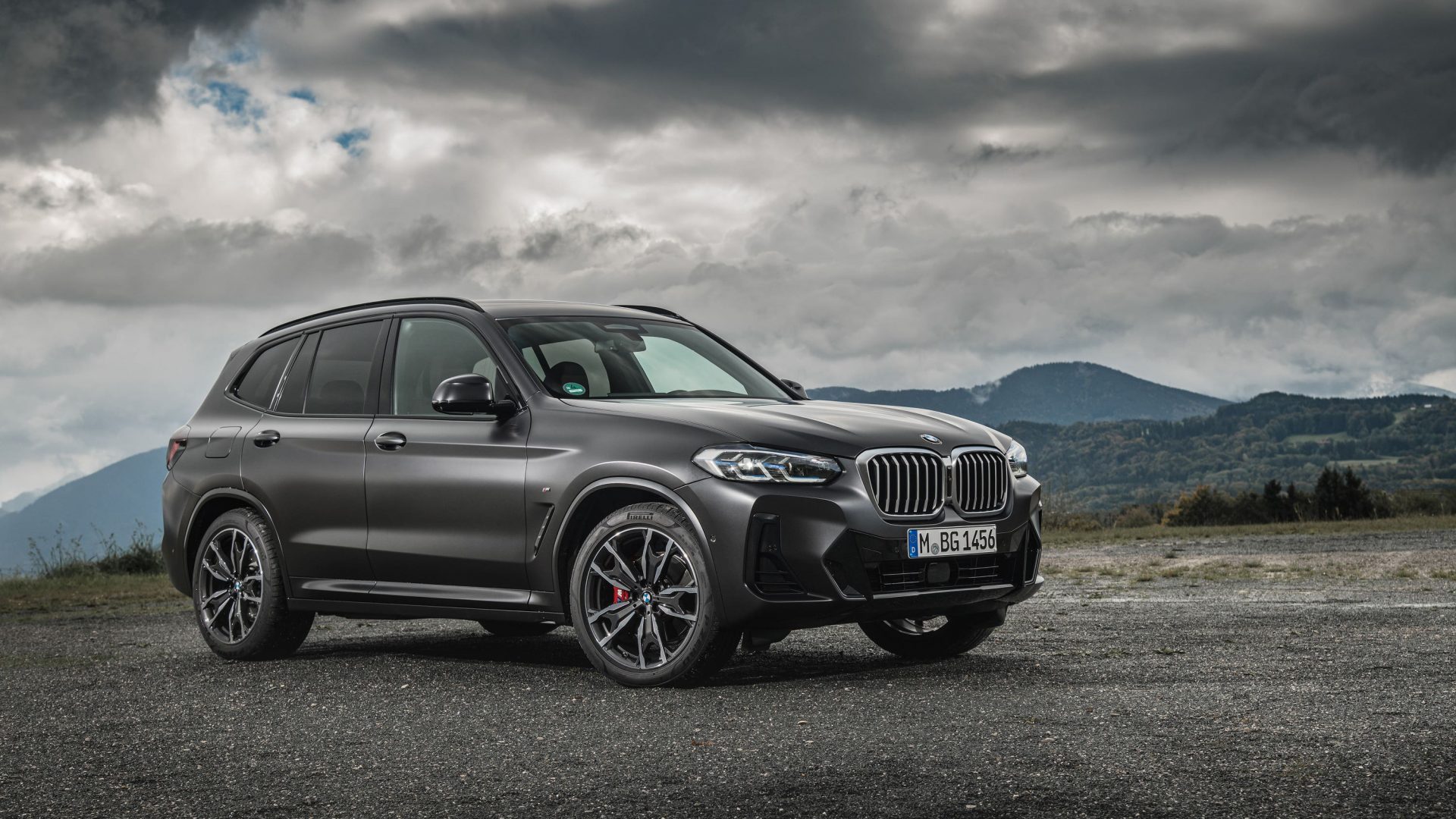 Review: Is the refreshed BMW X3 still one of the best in its class?

The BMW X3 has been one of the most popular mid-sized SUVs in Britain ever since it launched in 2003 and now the German brand is back with a new edition.

The latest generation X3 has been handed a makeover to make sure it’s fresh and up for the fight in this hotly contested segment.

There are styling, technology and engine upgrades but have they worked?

We sent our man Darren Cassey to Germany to get behind the wheel and find out.

As far as mid-life refreshes go, the X3’s isn’t particularly extensive, but there are a few choice changes that should make it a more valuable prospect. For example, the front and rear styling has been tweaked slightly, with the new front grille and headlights giving off a more sophisticated appearance.

The cabin has been updated to get the centre console from the 4 Series, which improves the look as well as the standard equipment on offer. Finally, the engine range has been updated so that all have some form of electrification, whether that be plug-in or mild hybrid. 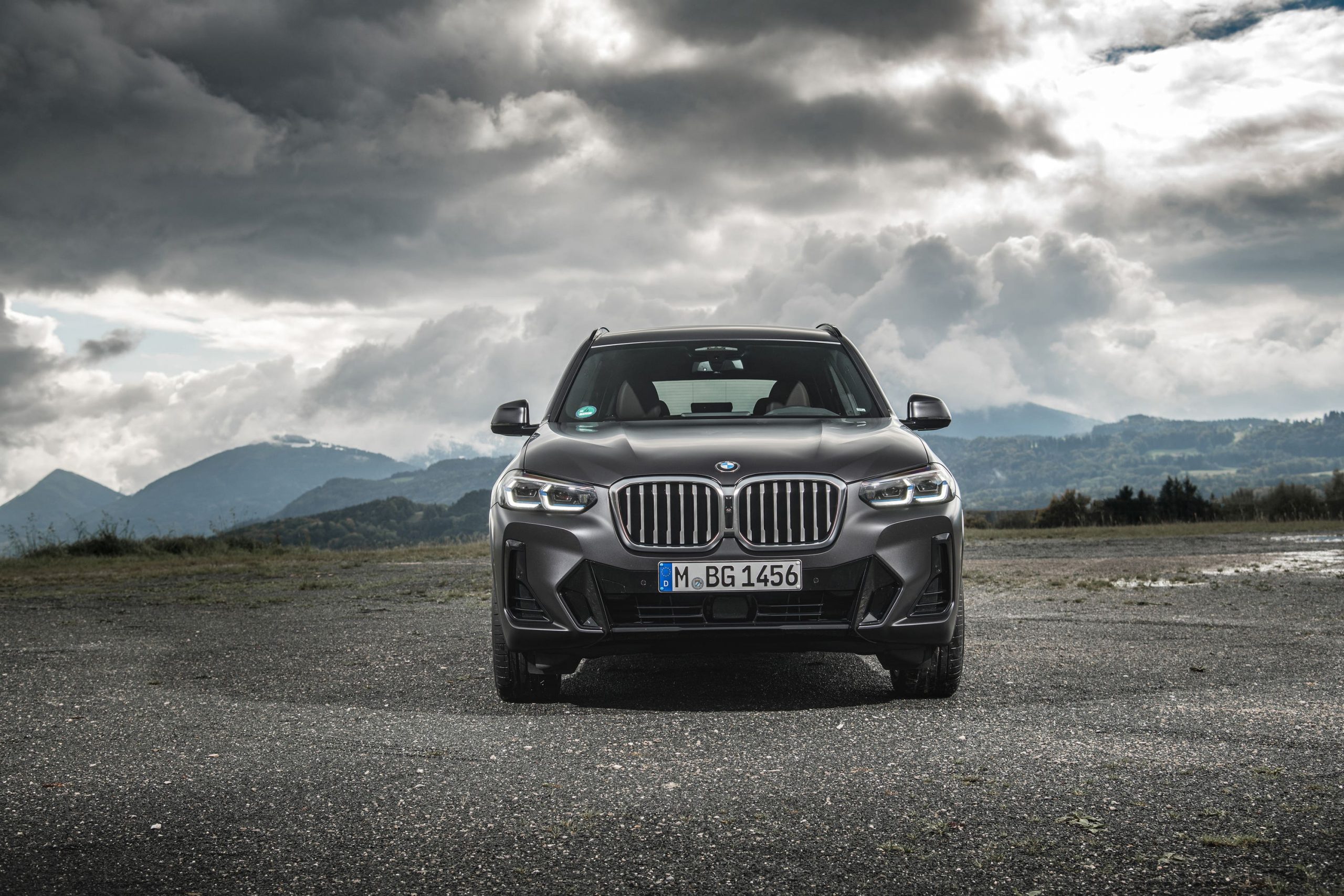 In the UK there are three petrols and three diesels, with each having a range-topping M version. The diesel range starts with xDrive20d, which has 187bhp and can get up to 49mpg, while stepping up to the xDrive30d brings 282bhp and up to 46mpg. The top-line M40d has 335bhp, goes from 0-60mph in under five seconds and can manage up to 43mpg.

The petrol range starts with the xDrive20i, which is the least powerful in the whole range with 181bhp, while fuel economy sees up to 38mpg. The top-spec M40i has 355bhp, has the same 0-60mph sprint time as the M40d, but is significantly thirstier, managing up to 32mpg.

Business buyers will be most interested by the petrol-electric plug-in hybrid option, badged xDrive30e. It makes 249bhp and is capable of up to 141mpg, according to official tests. However, its CO2 emissions low of just 48g/km will give it a lower benefit-in-kind rate. 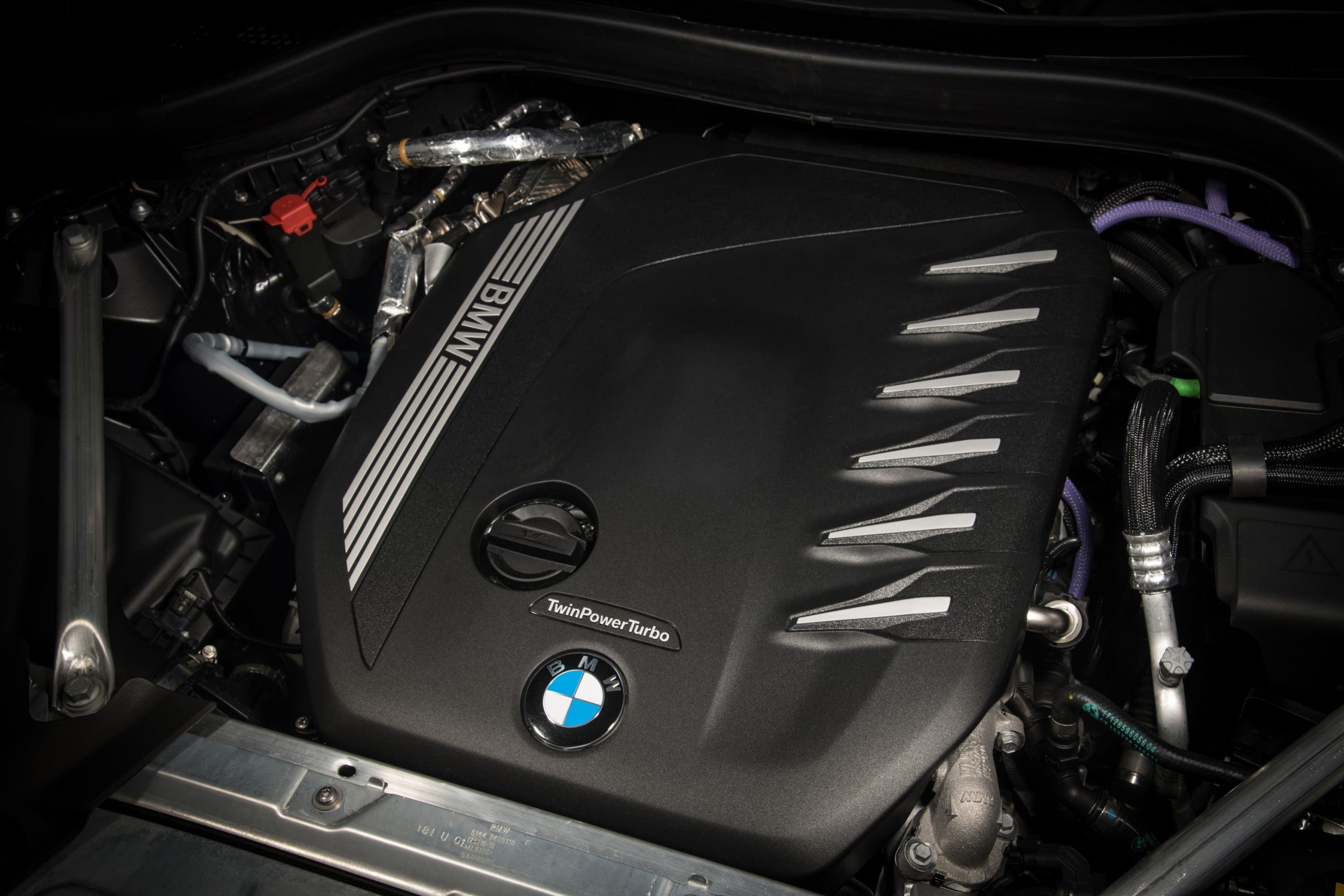 BMW says it largely left the driving dynamics alone because its customer feedback suggested they were happy with its combination of comfort and sportiness – and it’s easy to see why. The German firm might not be the clear cut driver’s choice it once was, but the X3 shows it really knows how to make a car that feels just right in all driving conditions.

The seating position is excellent, so you have a clear view of the road ahead without feeling perched too high, and in combination with its impressive low speed ride quality and well-weighted steering, the X3 feels at home in urban settings.

And when the road opens up it also manages to be comfortable at motorway speeds while also being fun in corners. It’s not particularly stand-out in any of these areas, but that fact it achieves such high standards with relatively little compromise is hugely impressive 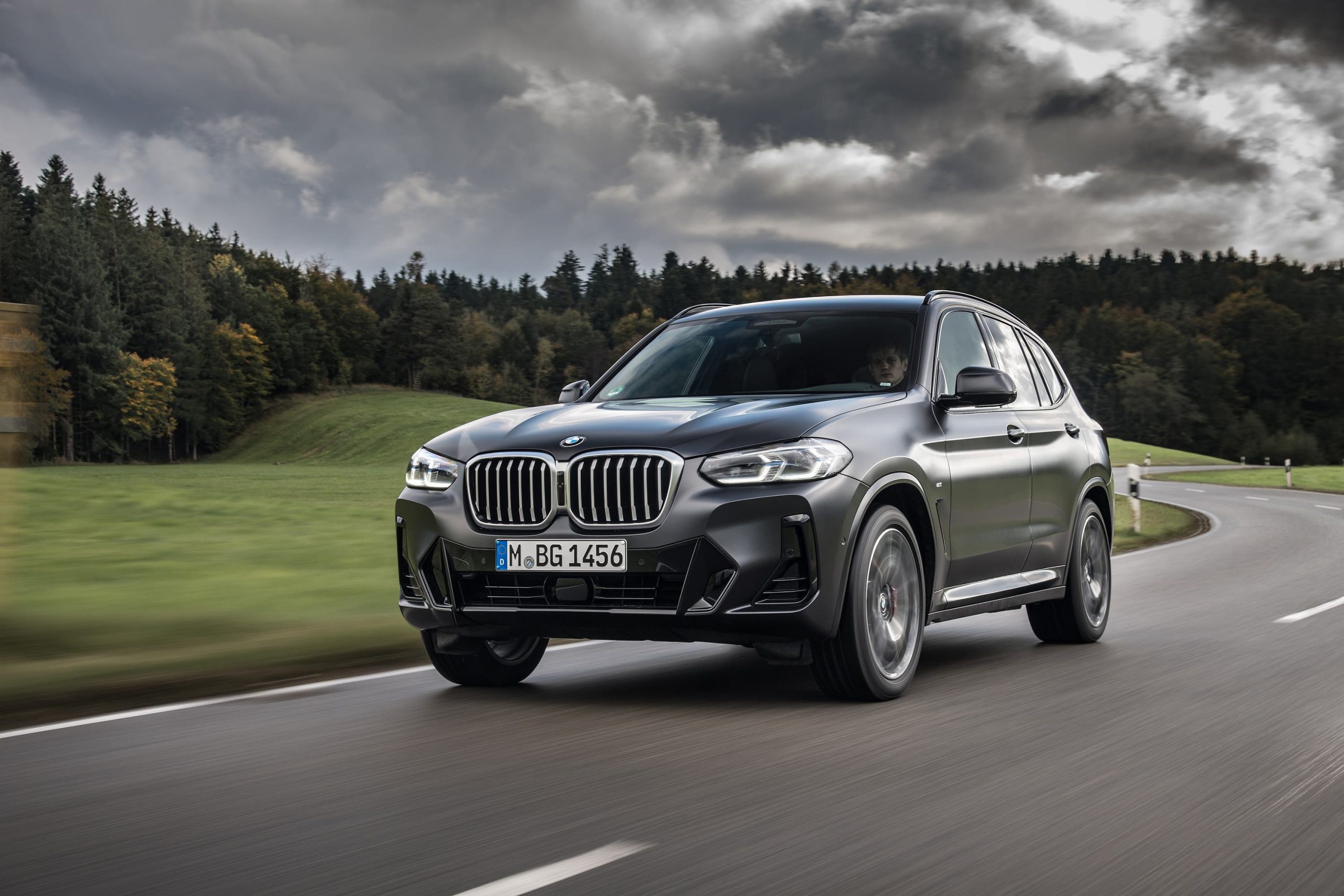 The styling changes are subtle but again, that’s no bad thing. The X3 is a smart-looking SUV and the front end in particular now has a slightly more sophisticated look. The grille and headlights have been made narrower – possible because LED lights are now standard – which also give it a more modern appearance.

At the rear, there’s a new tail light design that’s almost certainly inspired by the energy sword from the Halo video game franchise. The lines in the lights are matched by a sharp crease beneath the rear window, though these are slightly at odds with the softer lines found around the lower bumper. 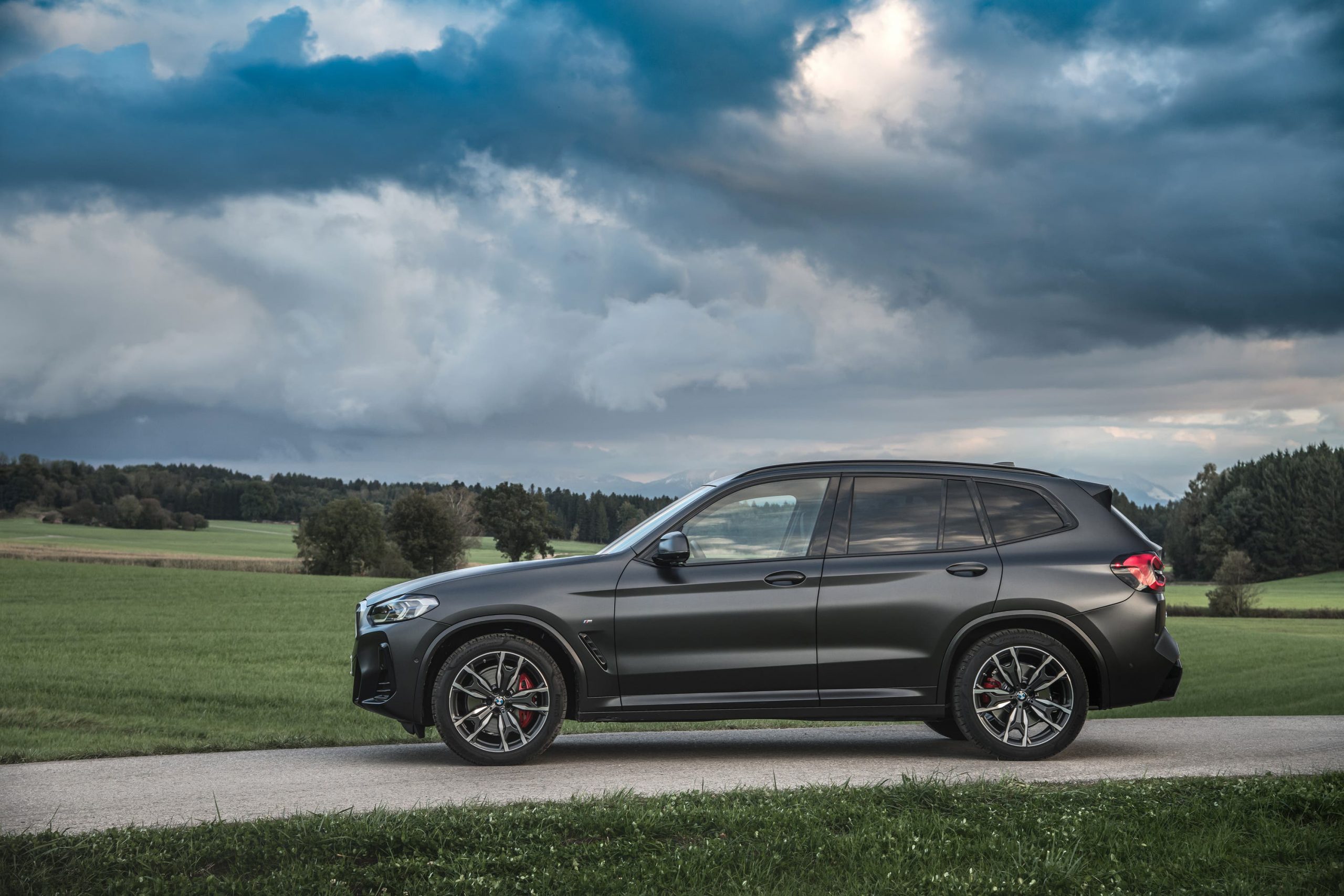 The X3’s interior was beginning to look dated, so it’s great to see BMW has given it a decent makeover for this facelifted version. The 4 Series from which the centre console is borrowed is excellent, so it’s no surprise to find that the design works just as well in this SUV.

The overall appearance has been tightened up giving it a sleek, modern appearance. A new infotainment display has been included, measuring 10.25 inches as standard or 12.5 inches as an optional upgrade.

New materials are also included, with the end result of the upgrades being a subtle more premium, modernised cabin. It’s pretty spacious, too, feeling light and airy up front with plenty of head and legroom in the rear. 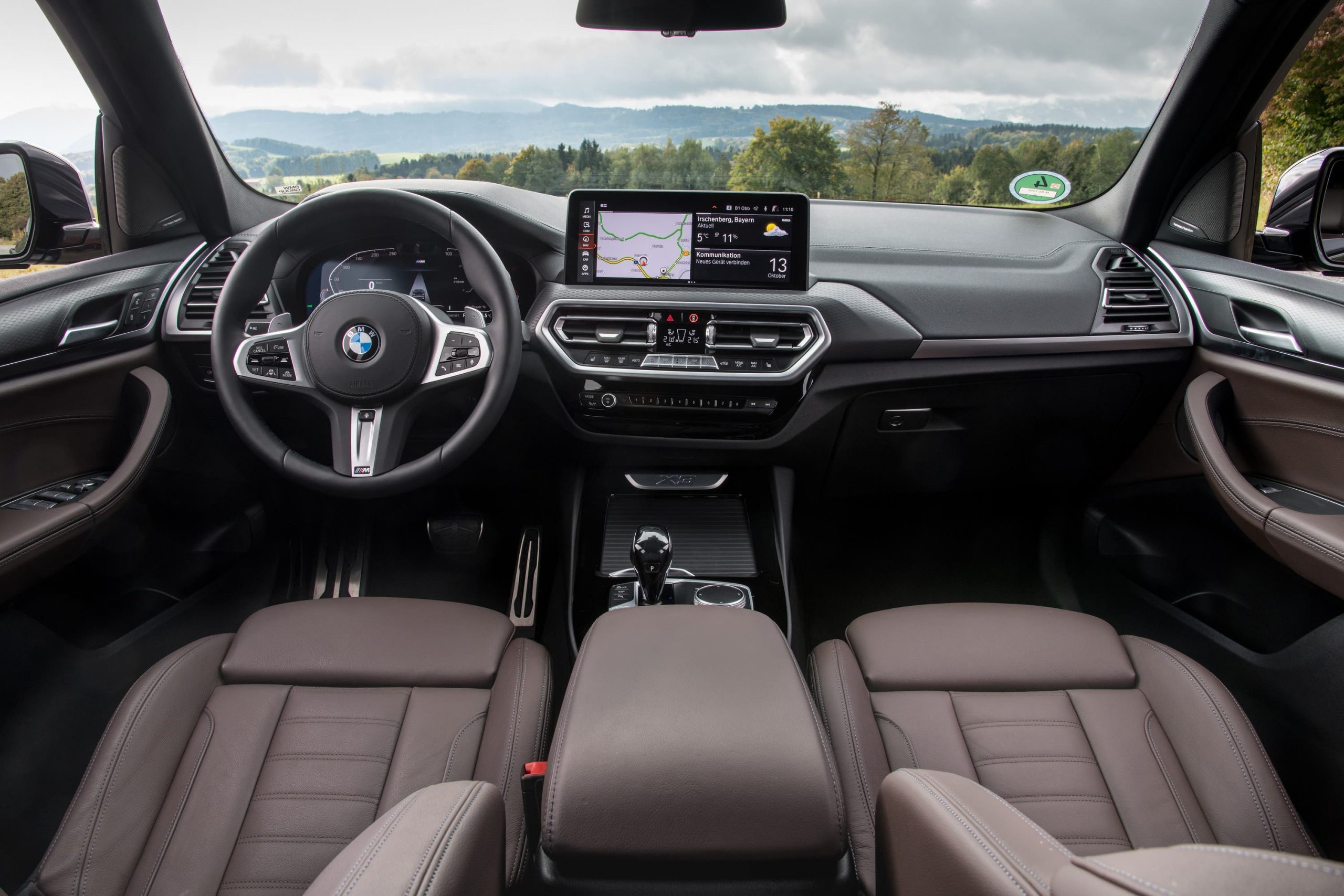 The M Sport trim adds a different design for the 19-inch wheels as well as a black exterior package, sporty exterior styling sports suspension and an aluminium and chrome interior design.

Various upgrade packs are available to enhance the X3’s equipment, including a comfort pack that adds items such as a heated steering wheel and extended storage, and a technology pack that adds a head-up display and a Harman Kardon sound system. 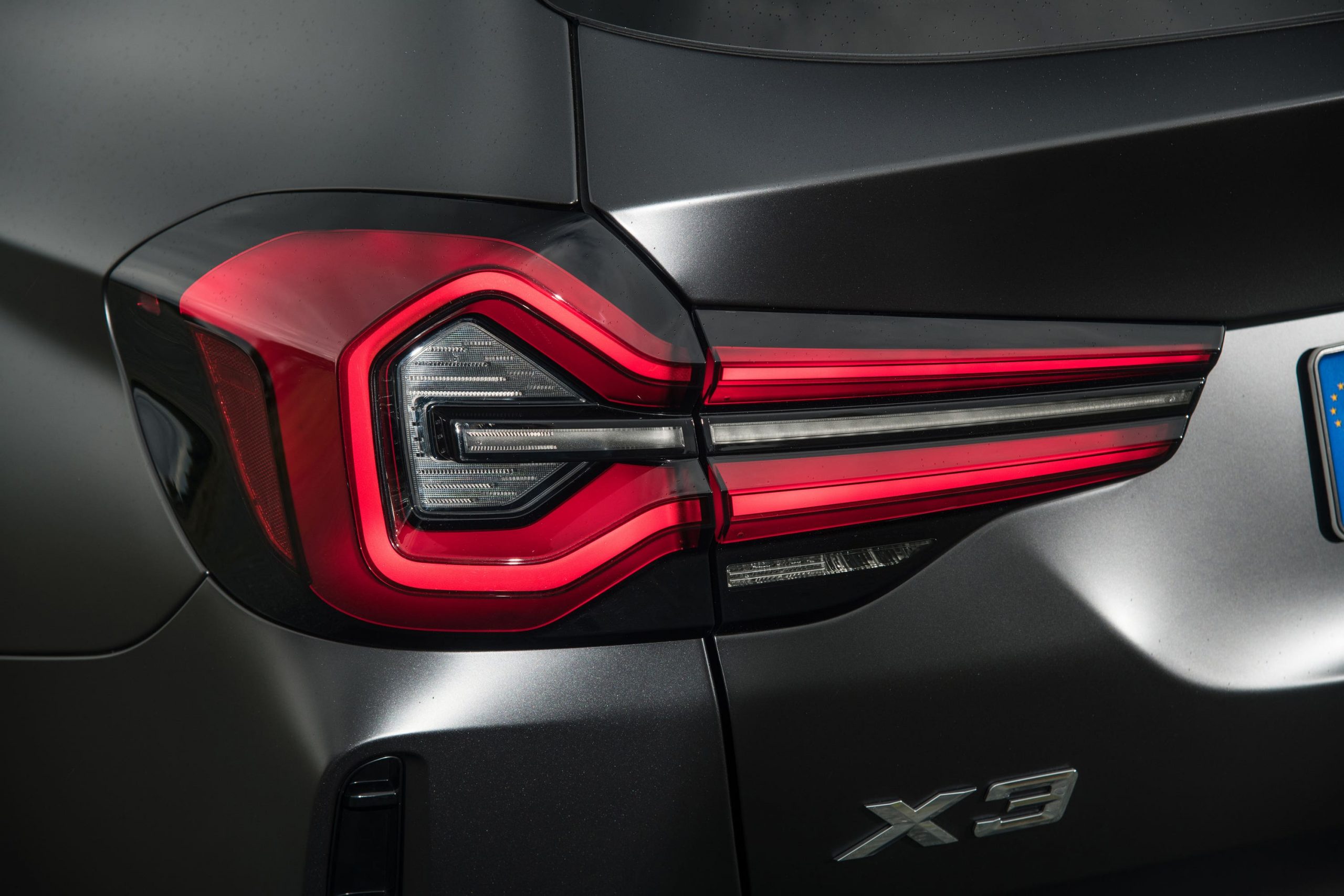 The BMW X3’s updates only work to expand on what was already a brilliantly cohesive package. The updated model is a bit better looking with a nicely modernised interior, while electrification across the range improves its eco-friendly image.

It’s not only practical and premium inside, it’s also great to drive in pretty much every scenario you can throw at it. Downsides? You could perhaps argue it lacks a little character, while some rivals cost less. It’s unlikely these will be deal breakers for most, though.