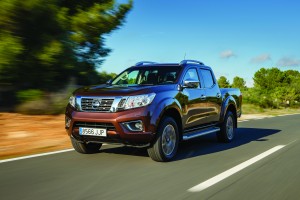 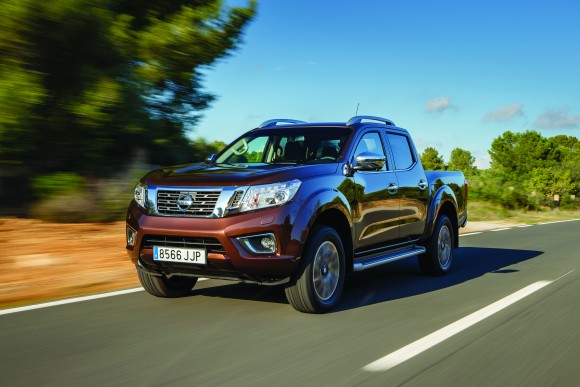 Some great improvements have been made with this pick-up, as Laura Thomson discovered during an off-road comparison

In a show of confidence, Nissan launched its latest NP300 Navara by way of an off-road comparison test with the previous model. Luckily, the tactic worked, as the differences are significant. The Japanese manufacturer has combined its 80-plus years of pick-up manufacturing with its successful crossover technology to create a comfortable, yet resilient pick-up.

The new Navara boasts a boisterous 2.3-litre diesel engine, which comes in a variety of guises. The Chassis and King Cab variants feature 158bhp dCi single turbo engines, and while the Visia and Acenta grades of the Double Cab also have a single turbo

engine, the higher specification Acenta+, N-Conecta and Tekna grades benefit from a twin turbo engine, which boosts the power output to 187bhp. Power is transmitted to the road through either a seven-speed automatic – up from five-speed on the previous model – or a six-speed manual transmission, which boasts a longer first gear than previously to allow for smoother moving off.

The NP300 Navara comes in three guises, each with at least two different spec levels. The Double Cab variant’s rear bench seats boast impressive leg room and are significantly more comfortable than the King Cab’s two rear flip-down cinema-style seats. The NissanConnect infotainment system can be found in the N-Connecta trim grade, while the top-of-the-range Tekna grade also boasts Nissan’s Around View Monitor, which creates a handy bird’s-eye view of the car.

The Double Cab is the only model to boast new independent multi-link rear suspension, which is far more advanced than the rigid leaf-spring suspension on the King and Chassis Cabs. This gives the ride a more comfortable, crossover-esque feel.

Sub-12-second 0-60 acceleration is achievable across the whole range, with top speed varying from 107mph on the Visia grades to 114mph on the Acenta+ and Tekna grades. Steering on the new model is significantly heavier than its predecessors.

Autocar says: ‘The Navara is far more comfortable than its competition, looks good in the metal . . . and yet is still able to carry or tow big loads, therefore if you are in the market for a pick-up it is the one to go for.’

The latest Navara does exactly what Nissan promises – it offers the comfort and styling of a crossover, combined with the functionality of a pick-up truck. Technologies in the cab are impressive, but to make the most of them, opting for the top-grade Tekna is a must.