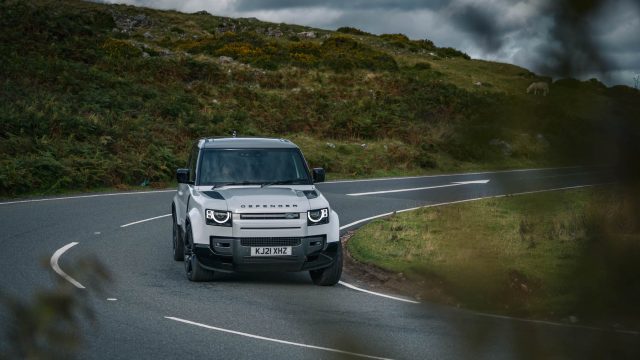 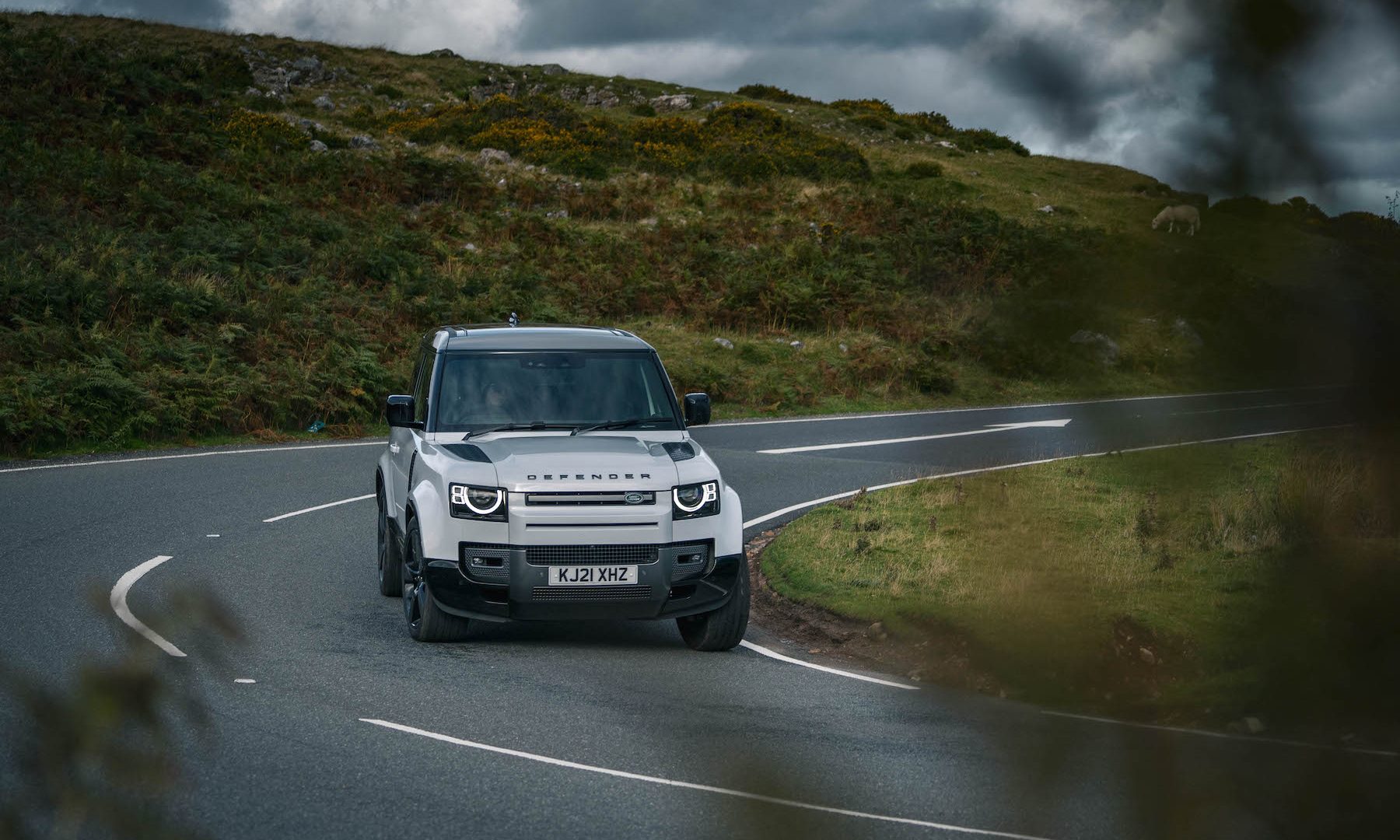 Land Rover didn’t need to build the V8. The petrol and diesels do just fine for the reinvented Defender these days, and of course the plug-in hybrid version gives the toughest Land Rover a green conscience.

But sometimes the best cars are the ones that didn’t have a requirement to exist, and you could certainly say that about the Defender V8. While it feels like it’s very unfashionable, politically incorrect, gross, and so on, to talk about a large 4×4 powered by an old-school eight-cylinder engine, the V8 and the Defender do have a history.

Land Rover first stuck the old Rover-Buick 3.5-litre V8 into the Series III Land Rover in the late Seventies, and the engine was available throughout the Eighties before being dropped when the ‘first’ Defender launched in 1990. So it’s only fitting that the second Defender (if you can call it that) gets an eight-cylinder engine the first car never got. 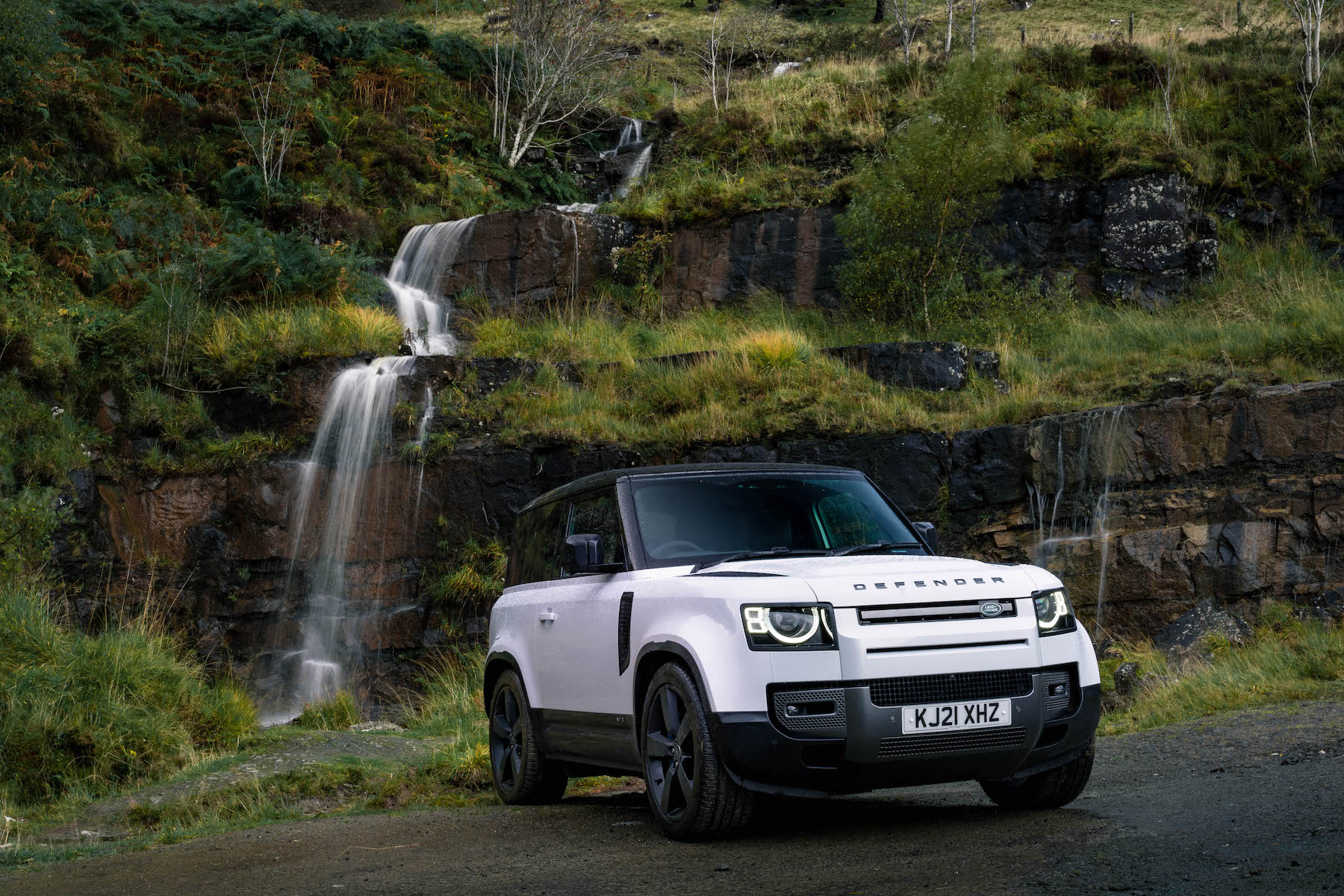 Thirty years on and it’s quite a different engine of course. That old Rover engine has been dead for a long time, but the 5.0-litre supercharged V8 this car gets is hardly in its first flush of youth either. The 5.0 AJ-V8, previously built by Ford but now by Jaguar Land Rover itself, dates back to the mid-Nineties in one form or another, and in recent years has been the engine JLR has turned to when it needed a thumping range-topper for a Jaguar or Land Rover model. The writing is on the wall for the venerable old thing, though, as tighter EU emissions regulations coming into force over the next few years has meant JLR is using a BMW 4.4-litre twin-turbo V8 for the new Range Rover, so there won’t be many more new applications for the old 5.0-litre.

The AJ-V8 has come in various states of tune over the years, but over 500bhp is its sweet spot. For the Defender, JLR has plumped for a pretty conservative 518bhp and given the chassis a bit of a once-over to help the Defender cope with the power upgrade. So there are new anti-roll bars to help keep the body a bit more tied down, the suspension has been recalibrated and there’s an electronic limited slip differential and torque vectoring by braking. Add 20-inch wheels, a couple of subtle V8 badges, some suede-like stuff for the interior plus blue brake callipers and that’s pretty much it. 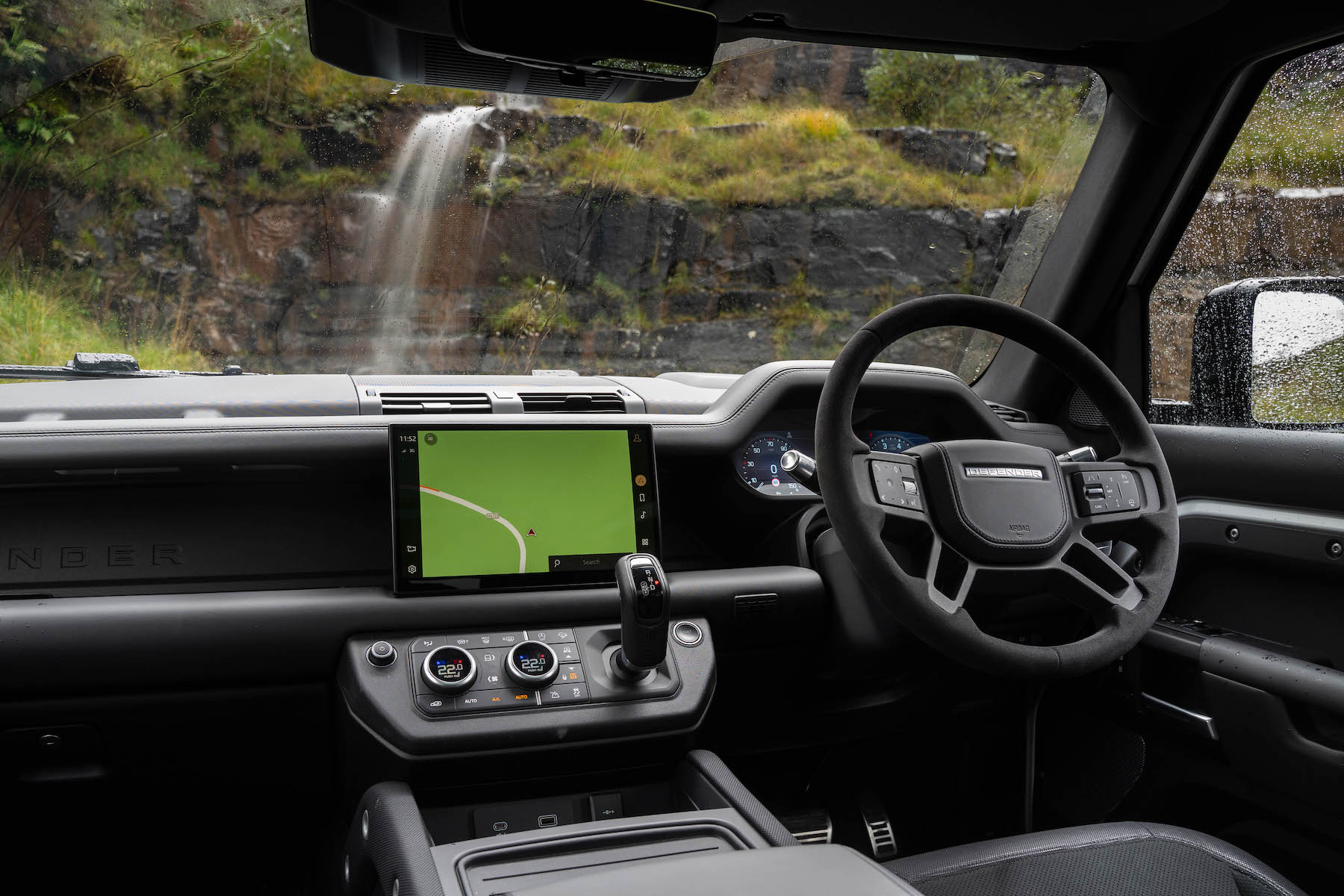 There’s a very good reason for this small but effective assortment of tweaks. The Defender V8 is a Land Rover product – it trundles down the same production line as all the other Defenders, and doesn’t get engineered by its Special Vehicle Operations division like the Range Rover Sport SVR does, for example. That means the Defender V8 has to perform as well on the farm as it does on the King’s Road, so there’s still the full gamut of a low-range transfer case, Terrain Response 2, wade sensing and other essential off-roading paraphernalia.

The V8 comes in short-wheelbase 90 and 110 long-wheelbase forms, but for some reason the 90 suits the engine better – perhaps it’s the hot rod-like character.

Within a few metres and even at near-walking pace, you can tell this V8 is more than just a Defender with a big engine under the bonnet. The steering immediately feels sharper, no doubt helped by the massive 22-inch wheels and lower profile rubber. Pick up the pace a bit and you can tell the suspension has tied down the body considerably – it’s less wayward and a bit more controlled. For the V8, the Terrain Response 2 system gets a ‘Dynamic’ mode that does the usual – sharpens and hardens practically everything – and it’s essential if you want to make quick progress from point to point. The engine feels more alive and the exhausts are a touch louder – not uncouth like a Range Rover Sport SVR, but a slightly deeper bellow. 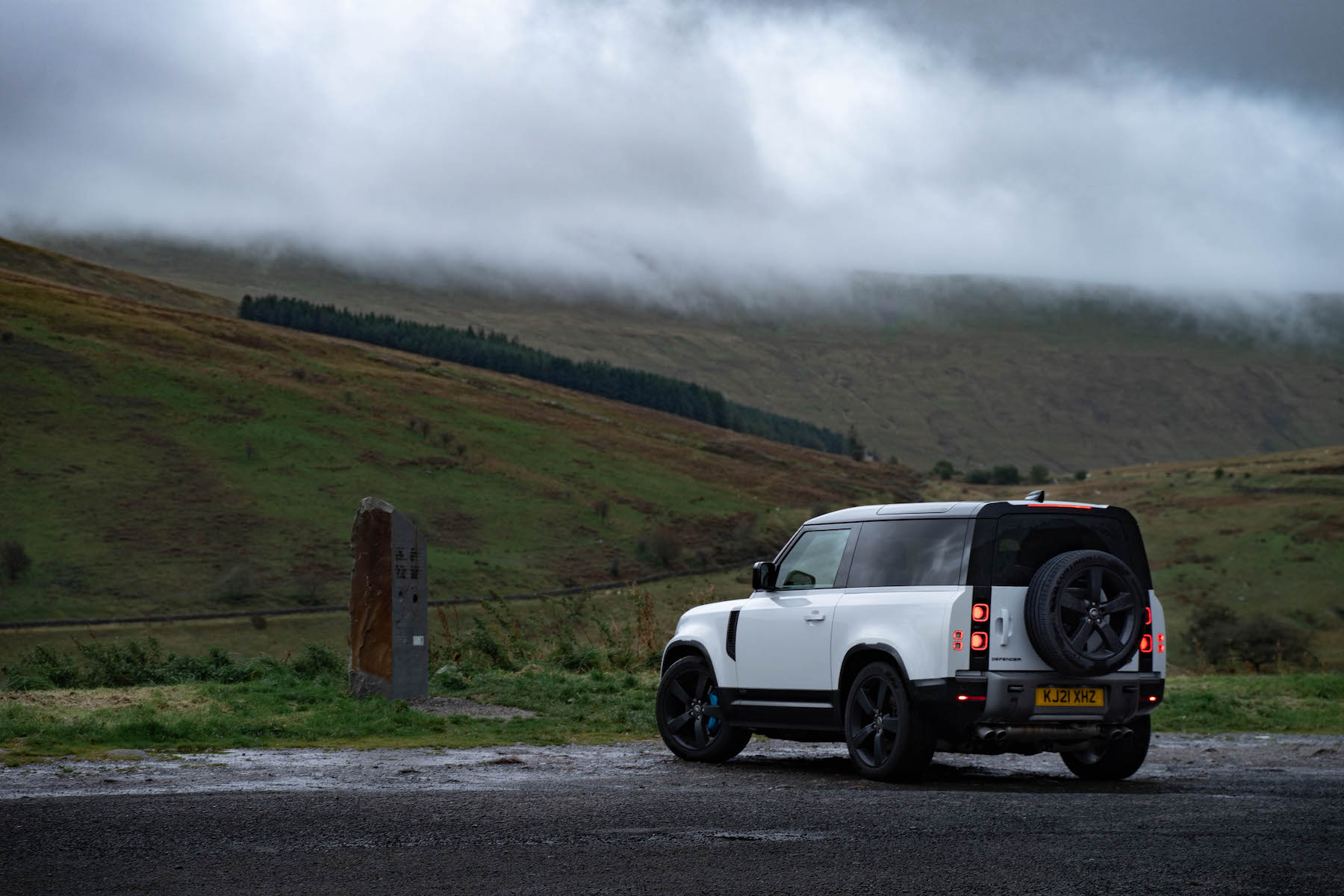 By gum it’s quick. While the old 5.0-litre V8 does come in more powerful tunes, 518bhp in a tall and short 4×4 is an awful lot. Squeeze the throttle and the blocky retro body sits back on its rear axle, and it really does fire down the road. Exit a corner and you can feel that electronic diff doing its best to keep the car controlled, although if you hit a bump or an imperfection in the road there’s a pogo-stick-like bounce. It’s hysterically good fun.

While there wasn’t a chance to try out the V8 off road, there were plenty of times when a slower pace was needed between shoot locations. Just like other more ‘normal’ Defenders, there’s a familiar cosseting feel that all modern Land Rovers have. And with big squishy seats and a now-excellent infotainment system (previous JLR systems have been less than brilliant), it’s a very special car to drive. With prices starting from £100,890, it overlaps into the new Range Rover’s territory, but in perfect Land Rover fashion it offers something so wonderfully different to the super-smooth and super-posh flagship. The Defender V8 is ludicrous, unnecessary, hilarious and utterly fabulous.