Commuters could be asked to check their temperature at home before travelling under plans to ease the coronavirus lockdown.

The Prime Minister will next week set out a ‘road map’ detailing how people might get to work and how children can go back to school or into childcare.

Johnson has said he wants to ‘get our economy moving’ but there are concerns that the return to work could see the virus spread on public transport.

A senior government source confirmed the plans are being looked at but stressed they are a ‘long way’ from being policy.

Car dealers could re-open as soon as May 11

Car industry executives held talks with the government yesterday about reopening car dealers as soon as May 11.

Discussions took place about car dealerships being allowed to open in the first wave of non-essential businesses when the lockdown lifts.

Sources confirmed that car manufacturers, dealers and industry bodies met with government officials to discuss the move. One old Car Dealer Magazine: ‘May 11 was discussed, but nothing has been decided yet.’ Full story here.

Ford has revealed a first look at its upcoming Puma ST performance crossover – but there’s not much to see.

Due to arrive in the UK later in the year, the sporty crossover will join the Fiesta ST, Focus ST and Mustang in the firm’s range of performance vehicles, but Ford is giving little away with its teaser picture.

Given that the standard Puma shares much of its underpinnings with the Fiesta, it’s likely that this new sporty version will use the same layout as the Fiesta ST. Yes, the picture below really is all they’re letting us see for now. 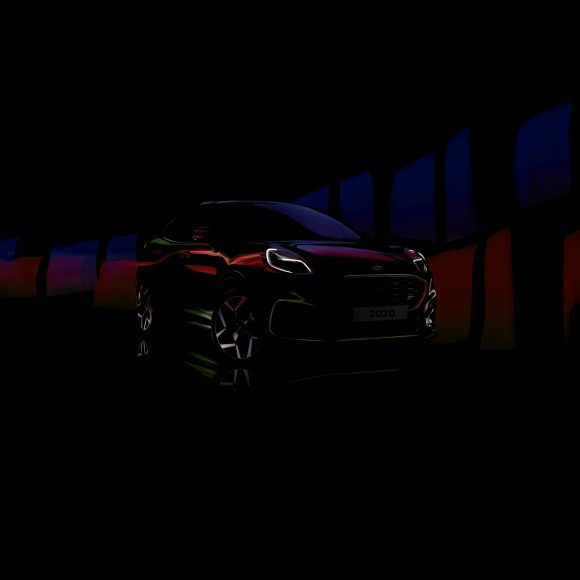 US regulators approve use of drug to treat coronavirus patients

US regulators have approved emergency use of an experimental drug that appears to help some coronavirus patients recover faster.

It is the first drug shown to help fight Covid-19, which has killed more than 230,000 people worldwide.

The Food and Drug Administration acted after preliminary results from a study showed that Gilead Sciences’s remdesivir shortened recovery time by 31 per cent, or four days on average, for hospitalised patients. President Donald Trump announced the FDA’s action at the White House yesterday.

British Airways’ parent company has signed agreements for one billion euro (£900m) of loans backed by the Spanish government, but the cash cannot be used to help its UK airline.

IAG said the money can be used to help its Spanish carriers Iberia and Vueling mitigate the economic impact of the pandemic.

IAG has not requested a loan from the UK Government. It announced this week that up to 12,000 jobs will be lost at BA, representing more than a quarter of the workforce.

Tesla’s founder Elon Musk wiped $14bn off the carmaker’s value after tweeting that its share price was too high.

The BBC reported the tweet also knocked $3bn off Mr Musk’s own stake in Tesla as investors promptly bailed out of the company.

‘Tesla stock price too high imo,’ he said, one of several tweets that included a vow to sell his possessions. In other tweets, he said his girlfriend was mad at him, while another simply read: ‘Rage, rage against the dying of the light of consciousness’.

First drop in number of diesel cars on Britain’s roads

The number of diesel cars on Britain’s roads has fallen for the first time in at least 25 years, new figures show.

More than 111,000 fewer diesel cars were licensed in Britain in 2019 than in the previous year, according to Department for Transport data. This is the first decline since records began in 1994. Read the full story here.

McDonald’s is to reopen a number of restaurants for delivery on May 13 after shutting all sites due to the lockdown.

The locations of the 15 restaurants will be announced next week. The fast food chain has spent this week testing its operations behind closed doors in preparation to reopen.

The move comes as Greggs pulled back on plans to reopen 20 sites as a trial in Newcastle over fears it could ‘attract large crowds’.

Profit halved at the Royal Bank of Scotland during a troubled first three months of the year for the banking industry as coronavirus shut down large parts of the economy.

The bank said operating profit before tax reached £519m in the opening quarter of 2020. It was a 49 per cent drop from the same period last year, but still ahead of the £415m analysts had expected.

A family of robins have found the perfect home – in the wheel arch of a parked-up Toyota Corolla.

Discovered by Toyota staff at the firm’s headquarters, the bird’s nest is already populated by six tiny chicks.

Staff were able to carefully place a video camera opposite the nest in order to monitor the progress of the birds, with footage showing the baby robins being fed by their parents.

VW has been ordered to pay more than £3m in legal fees and refused permission to appeal against a High Court ruling that it installed unlawful ‘defeat devices’ in vehicles.

Around 90,000 motorists took legal action for compensation in the aftermath of the dieselgate emissions scandal. At a remote hearing on Friday, VW’s lawyers sought permission to appeal against Mr Justice Waksman’s ruling.

But the judge rejected the application, finding ‘there are no real prospects of success’ and no other ‘compelling reasons’ for granting permission to challenge his findings. However, VW can appeal directly to the Court of Appeal.

Autocar team say dealers should not ‘shut up shop’

The Autocar team appeared on Car Dealer Live yesterday and gave their expert view on how the crisis has affected the car industry.

Editorial director Jim Holder told a story of how a reader who wanted to buy a new car had been placed on hold for half and hour, and said dealers and manufacturers should not ‘shut up shop’ if they want to survive during the lockdown.

Watch the full interview in full below.