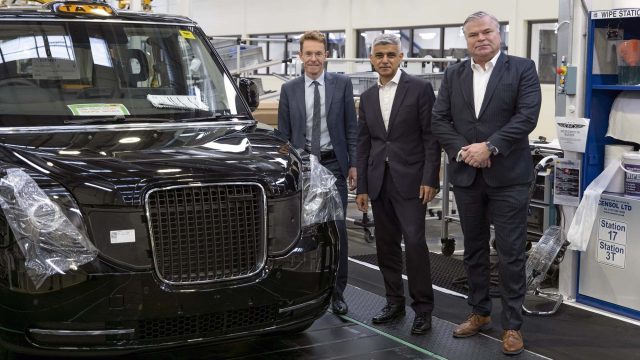 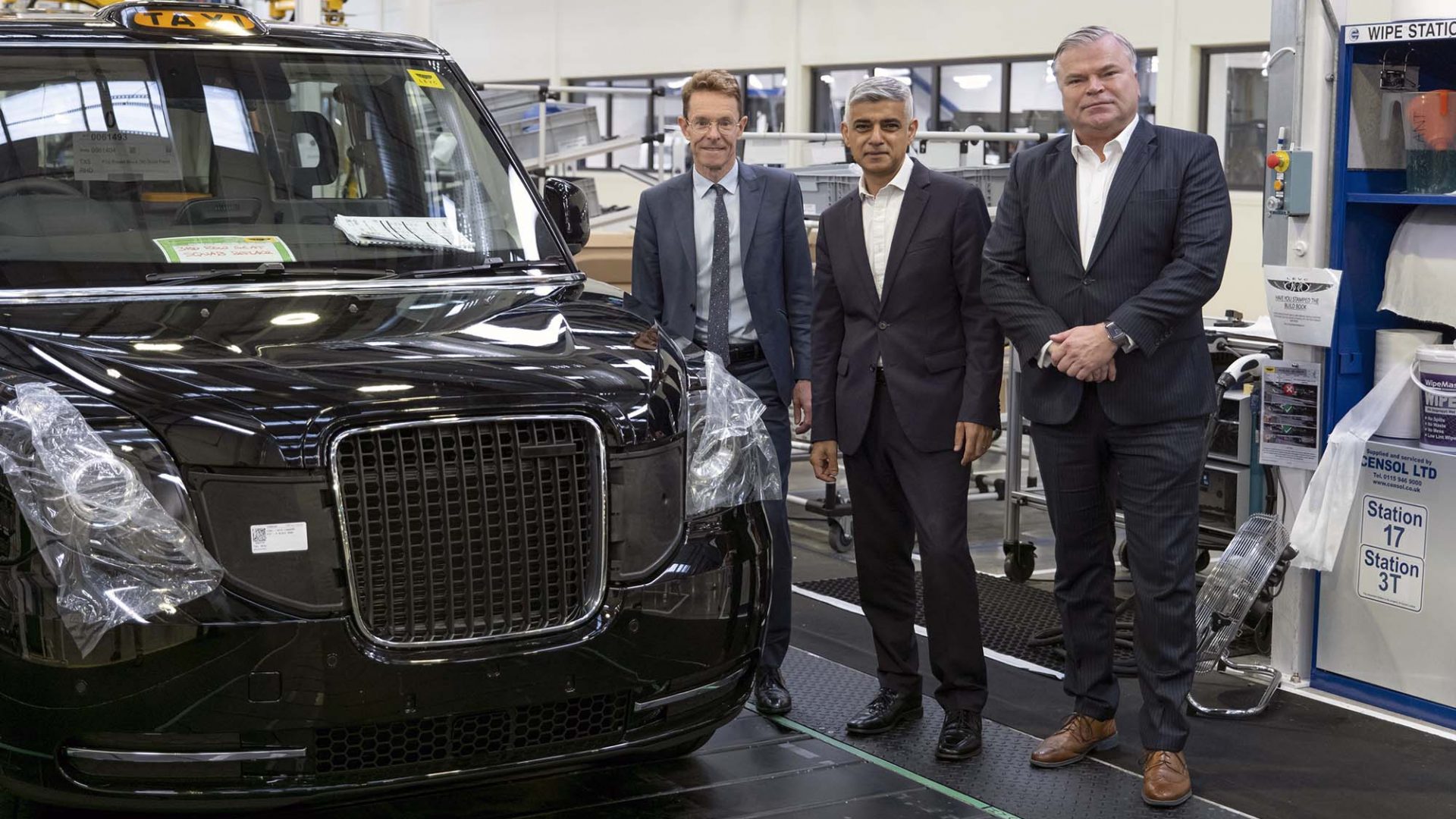 It came as Khan outlined plans to increase the number of EV charge points in the capital as part of his 2030 Electric Vehicle Infrastructure Strategy.

More than 4,300 of the purpose-built TX electric taxi have been sold in the capital since 2018, and LEVC said it was building on that progress with its VN5 electric light van, launched in 2019.

The TX has a 63-mile zero-emission pure-electric range, with 316 miles said to be possible via an on-board range-extender.

Meanwhile, the VN5 has a pure EV range of more than 60 miles, and a claimed range-extended capacity of 304 miles.

Both models are built at LEVC’s state-of-the-art factory, which has had more than £500m ploughed into it since 2014 by parent company Geely.

It is thought that public sector land could accommodate around 1,000 of them.

He said: ‘I’m committed to building bridges between London and the rest of our country and showcasing how the capital can help the national recovery and the levelling-up agenda.

‘Together, Capita’s TfL contracts and the state-of-the-art London Electric Vehicle Company in Coventry employ 2,200 people in the West Midlands and north of England, showing clearly how London relies on the skills of other regions, and that investment in our capital can help create quality green jobs across the country.

‘Tackling the climate crisis and growing our economy across the UK is about regions working together and investing in new technologies.

‘London is ready and willing to play its part in ensuring a strong and green national recovery from this terrible pandemic.’

Street said: ‘Today’s visit by the mayor of London shows how vital the West Midlands is to the wider UK economy, as well as how we’re a key player in the fight against climate change.

‘Not only is the phenomenal Coventry-based LEVC helping both our region and the capital tackle the climate emergency with its state-of-the-art electric taxis, but just down the road we also have Capita using its West Midlands base to control London’s Ultra-Low Emission Zone.

‘The work these two companies are doing with London is testament to how levelling up the West Midlands will be critical to the UK’s future success.’

LEVC chief executive Joerg Hofmann said: ‘I am pleased to host the mayor of London, Sadiq Khan, here at LEVC in Coventry as the capital continues its journey to becoming net zero by 2030. I am also pleased to host Andy Street, mayor of the West Midlands.

‘With our range of revolutionary electrically driven vehicles, LEVC is providing the optimum solution for drivers and businesses looking to transition to green mobility while charging infrastructure improves in London and across the UK.

‘Increasing the number of charge points in the run-up to 2030 will be crucial in ensuring businesses can operate emissions-free.

‘I look forward to working with the mayor in supporting London’s journey to becoming a zero-carbon city.’

The ULEZ will be expanding on Monday, October 25 up to – but not including – the North and South Circular Roads.