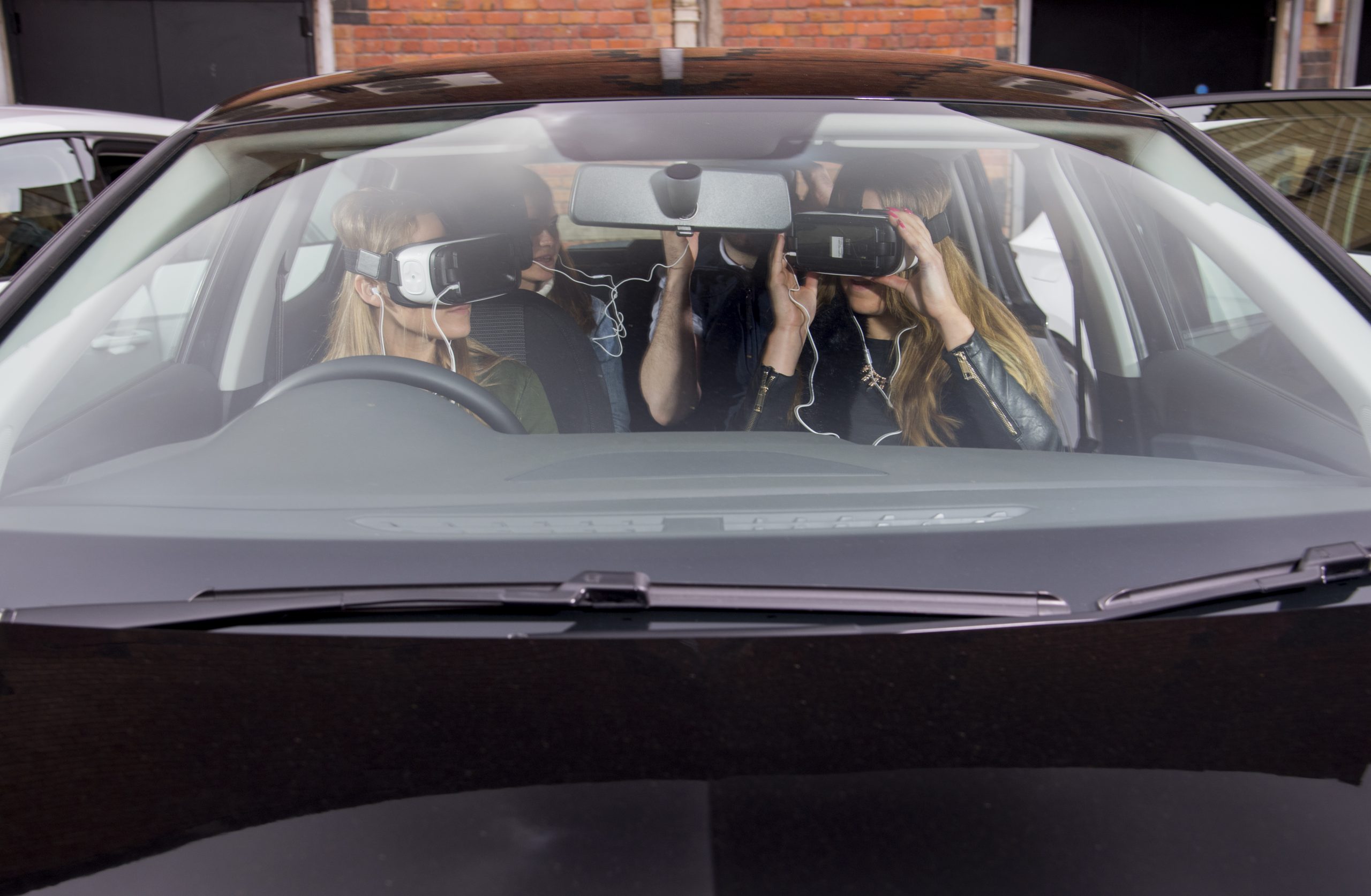 Seat gives glimpse of the future with virtual reality handovers

SEAT has given a glimpse into the future of car buying by giving a virtual handover to 42 new Seat Leon owners at Red Bull.

With both companies renowned for their innovation, Seat and Red Bull took the opportunity to utilise virtual reality technology, giving drivers a unique virtual tutorial.

Using a VR Gear headset and the latest Samsung smartphone, the drivers were given a personalised video tour of their brand-new Leon hatchbacks, delivered by experiential marketing agency, Blue Square Marketing.

With the new vehicles to be delivered at a later date, the VR experience was an opportunity for the drivers to immerse themselves in their new cars without them present.

A comprehensive handover can take time but the three minute virtual tour, which can be re-watched if needed, covered all of the car’s features; from the major controls, to the in-car technology including the latest Full Link infotainment system.

The new SEAT Leon, which has only just been launched in the UK, will power Red Bull UK’s Field Sales ‘Striker’ sales force, following a recent agreement.

David Oliver, procurement manager at Red Bull UK said: ‘With primarily younger drivers in our ranks, it was a great opportunity to put a modern, innovative spin on the traditional car handover, and get 42 drivers swiftly acclimatised with their new cars.’

Peter McDonald, Seat UK head of fleet and business sales, added: ‘It’s gratifying to be working with such a high profile consumer brand. The new Leons joining its fleet prove how strong the car is; bringing a winning combination of accessible technology, practicality and low running costs.’

‘As a brand we are always looking to try new things to deliver the best experience possible for customers, and with this we’ve been able to bring an extra level of excitement and immersion to heighten the car buying experience.’

MORE: Get involved with Car Dealer Power! Just a few days left to complete the survey

On SuperUnleaded.com: Red Bull Racing reveals how it builds its Monaco ‘Energy Station’