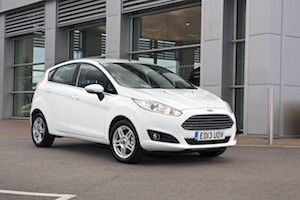 But what did this mean for the motor trade? Car Dealer has been setting the agenda on Twitter to find out what the industry thinks of the latest registration news and taking note of what manufacturers think.

Sue Robinson, Director of National Franchised Dealers Association (NFDA) said: ‘It is positive to see that the new car market has continued to remain strong during September and the successful plate change reflects growing economic confidence.

‘It brings great news that the 63-plate change this month is the best performing month since March 2008. The market remains significantly high with increased footfall and interest from consumers which show that the sector is stable and growing.

‘We are encouraged that the growth and stability of the market shown by the latest plate change will continue into 2014.’

‘Industry sales have grown steadily in the UK this year and as Ford sales have increased so has our sales lead over our nearest rival.’

‘Throughout 2013 our dealer network has been building on the momentum established over the last few years and now both they and we are really seeing the results of all that hard work.’

‘Audi UK has achieved an all-time record for its new car sales in September, with literally thousands more cars reaching our customers than at this time last year.’

‘The September sales figures tangibly demonstrate that both Jaguar and Land Rover continue to focus on relevant and highly-desirable product line-ups.’

‘2013 has been an exceptionally good year for us, it’s clear to see we have made significant progress throughout this year with sales up by 47 per cent. New products have certainly helped us, as have the price reductions we’ve just announced. There really has never been a better time to buy a Mitsubishi.’

‘In isolation any one of these figures would be a proud moment for us. Combined, they’re spectacular – with every division returning best-ever performances.’

‘Breaking our monthly and quarterly sales records is of course fantastic news for us and keeps us well on track for a landmark year.’

‘Our internal challenge was to grow 42 per cent from last September’s 4,950 units. That was a big task in itself but to achieve 45 per cent is fantastic and is testament to our great product range and our focused dealer network.’

Great news for the motoring industry as the latest @SMMT figures on new car sales in September reached more than 400,000 registrations.

@CarDealerEd personally been ourbest September since scrappage. No complaints here. No Pre-reg required either. #goodtimes

@CarDealerEd how many are registered as pre reg stock to make the numbers look good, and how many will be genuine — Simon Ford (@sf4d74) October 4, 2013

@CarDealerEd How long ago was scrappage? I wonder if any of the upsurge could be connected to that? Or end of 13 plate? — Suzy Richards (@serichards) October 4, 2013

Great news for the #Motortrade with a 12.1% rise in #Septplate #cars – supported by a 17% growth for #Retail registrations #dealers #cars

@CarDealerEd Some, like me, waiting for the end of the ’13’ plate? pic.twitter.com/7xRlMzcP48

@CarDealerEd Saw quite a few 63 plate BMW’s this week, with blue Thrifty decals on the back.

@CarDealerEd We at #Mitsubishi had a fab Sept. Car sales up 87% in the month & 50% YTD due to new models, better pricing & enthused dealers.

@CarDealerEd at last everyone’s forgotten about the recession and are getting back to normal, hope there’s better times ahead #2014