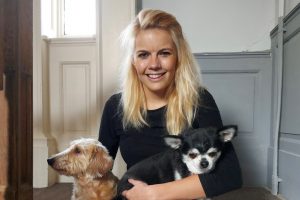 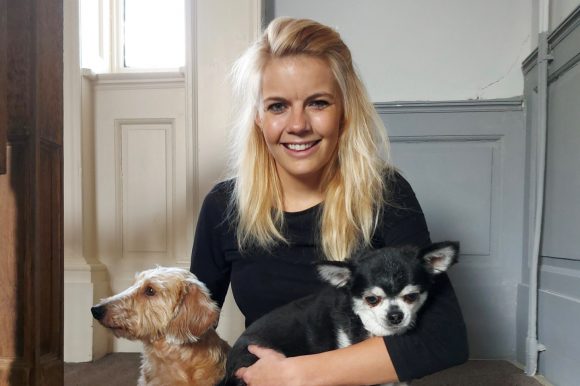 Staff at Lawgistics have been left shocked by the sudden tragic death of colleague Stephanie Strachan aged just 30.

Mother-of-two Stephanie died of heart failure on Monday (Dec 14) hours after being admitted to hospital with breathing difficulties.

A senior legal adviser at Lawgistics, which she joined in 2015, she was married to Jamie – a senior sales executive and Motability specialist at the Vindis Group in Huntingdon – and the couple had a daughter Pippa, 4, and son Myles, 2.

Stephanie, who was born with a heart condition, joined Lawgistics in 2015, having completed an LLB Hons law degree at the University of Hull, then going on to City University to train as a barrister.

She developed a keen interest in criminal defence work that led to her joining a London firm of solicitors.

Stephanie later worked for the Citizens’ Advice Bureau as an adviser, then became a supervisor there, which saw her develop a wide understanding of trading standards, employment and consumer protection law.

‘She quickly established a reputation as a hard-working, thorough, professional colleague, who was popular with clients, as they appreciated her straightforward, clear advice and help,’ he wrote.

Lawgistics senior legal adviser Stephanie Strachan, who has died suddenly at the age of 30

‘While Stephanie always was able to tailor her advice to match the client’s needs, she never compromised or flinched from difficult issues, and was able to distil complex matters into palatable and easily understood advice.

‘As a colleague, Stephanie was simply a delight to work with. She was never fazed or negative, even during the present crisis, and always willing to take on more than her fair workload.

‘All at Lawgistics will greatly miss her warmth, infectious smile, laughter and wise counsel.’

Speaking to Car Dealer, managing director Joel Combes said: ‘We just couldn’t believe it. It was a real shock – we didn’t believe it when we heard. It’s quite traumatic. She absolutely loved the job here.

‘I remember when she turned 30 her saying to me “I feel so old, Joel.”

‘There are no words to describe our sadness. She was the bubbliest person here and a devoted mum. Her children were everything to her.’

Stephanie, who lived in Peterborough, appeared as a guest on Car Dealer’s Trade Plates TV Live programme in May 2016, when she was known as Stephanie Ball, to talk about pensions:

Her death is the second one to hit Lawgistics this year. In July, it lost its founder and managing director David Combes at 72, as reported by Car Dealer.