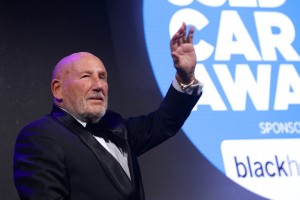 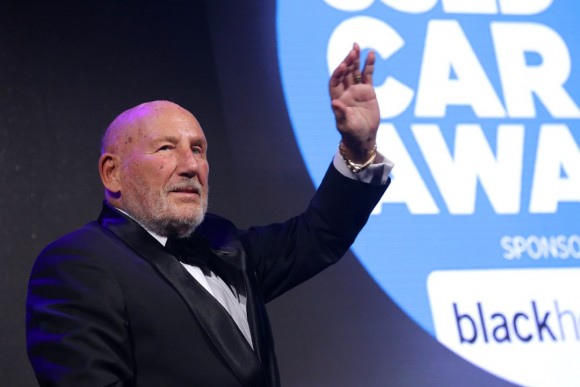 THIS year’s Used Car Awards was another spectacular success – and there were a couple of very special guests who delighted the audience as proceedings got under way at The Brewery in London.

The first was legendary racing driver Sir Stirling Moss, who attended in his capacity as brand ambassador for The WMS Group.

The WMS Group sponsored the used car dealer principal of the year award and Sir Stirling was called up to the stage to present the award to winner Robin Luscombe, of Luscombes Leeds.

Sadly Robin was unable to attend so Sir Stirling presented the trophy to Robin’s son, Sam.

‘One of the original jet-setters at the peak of his racing career, his services are still very much in demand – and he continues to travel the world with Lady Moss, fulfilling appearances and promotional engagements as well as demonstrating historic race cars.’

The awards audience gave Sir Stirling a standing ovation as he made his way to the stage.

During the evening, Mike also mentioned the fact that fellow TV personality Ant Anstead was in the audience.

He said: ‘Ant is the founder of the Evanta Motor Company and the presenter of TV shows For The Love Of Cars on Channel 4, and Building Cars Live on BBC2.

‘A bespoke car builder, designer and artist, he also claims to be a professional cake eater!’

A full list of this year’s winners can be found here.

And for full coverage of the awards, don’t forget to read issue 94 of Car Dealer, out in mid-December.