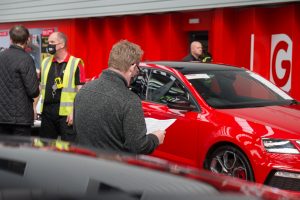 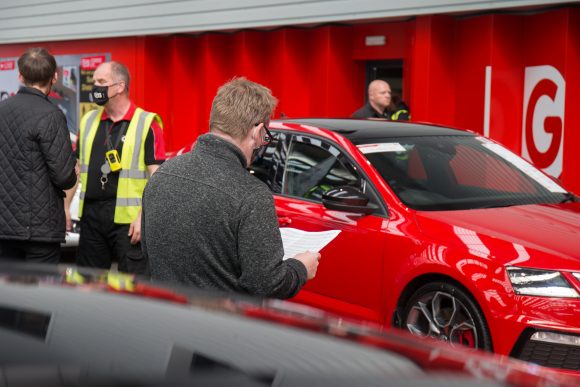 BCA will not be restarting physical auctions for the foreseeable future with rumours intensifying they may never return.

BCA is understood not to be planning to restart physical sales at all this year with one dealer boss revealing they’d been told by senior BCA personnel they are ‘unlikely to ever return’.

Manheim is also continuing with auctions online only, but is now allowing dealers the chance to view stock ahead of the sales.

It says it ‘expects to return to physical sales at some point this year’.

As car dealers reopened their doors this week to welcome back customers into showrooms, auction houses were also allowed to restart sales.

A number of independent auction houses immediately held sales, but BCA and Manheim have not.

The group runs 21 sites across the UK, but has reverted to a complete online programme during the pandemic.

While the online sales have some critics, many dealers prefer them and with more bidders attending them virtually prices are strong and consequently vendors mostly happy too.

One dealer boss, who did not want to be named, said: ‘I was talking to a senior member of the BCA team and they told me that they won’t be holding physical sales at all this year and that they’d already made the decision to never go back.

‘Online sales have been very successful for them so what’s the point in going back?’

‘If there’s one thing that says to me that they won’t be going back to the lanes, it’s that,’ said Tomalin.

‘Corporate vendors have told me that BCA have said they won’t be returning to sales.’

Tomalin, who runs independent auctions at Rockingham and Belfast, reopened his lanes this week and while he admitted attendance was ‘a little quieter’ than he’d expected, those that attended were ‘very happy to be there’.

‘The fact dealers reopened this week meant that a lot were too busy to get out of the showrooms but our online bidding was on fire,’ he said.

‘The future is a hybrid of both.

‘Vendors have told me they are very happy we have lanes open and the major players want a combination of both. I think BCA will be wrangling internally between the two, but from what I understand the decision has been made.’

G3 Auctions has held a number of sales this week – one of which Car Dealer attended in Leeds on Tuesday where boss Matt Dale said he is convinced buyers and vendors want a hybrid model.

‘We still believe there is a desire and need to have a physical environment too – we believe that for the foreseeable future online and physical will work together,’ he said.

His sale was attended by around 70 car dealers with around 300 bidding online.

‘Where we will be in 10 to 15 years time is yet to be seen but we very much believe that physical has an important part to play with certain stock in getting the maximum possible value,’ added Dale.

Tomalin said that he believed the reluctance of the larger auction houses to restart physical sales will play into the independent sector’s hands.

‘Major players, including Motorpoint, Available Car and others have told me they are so pleased to be back in the lanes,’ he said.

‘Vendors want the lanes open and most buyers I have spoken to couldn’t wait to get back.’

Car Dealer asked BCA whether it was planning to hold physical sales again.

A spokesperson said: ‘BCA sales continue to be exclusively online, giving BCA customers access to the widest choice of stock in the wholesale market with thousands of vehicles available to purchase daily via the BCA Buyer app and BCA Online.

‘Due to the ongoing uncertainty around the current environment and the requirement to keep our people, customers and suppliers safe, there is no immediate plan to return to physical auctions at the moment – we will of course keep this under review.’

Manheim managing director Liam Quegan said it will be continuing with its online sales which the firm launched in May last year.

He added: ‘The significant change, with restrictions lifting this week, is that we are allowing buyers on site to inspect stock and vendors to attend auctions – both are expected to adhere to strict Covid-secure procedures.

‘We expect to return to physical at some point later this year but will be remaining with a full online-only programme for the time being. As always, we are working closely with our customers to understand their requirements.’