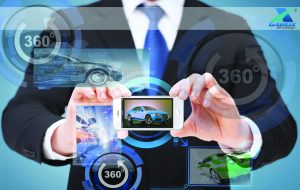 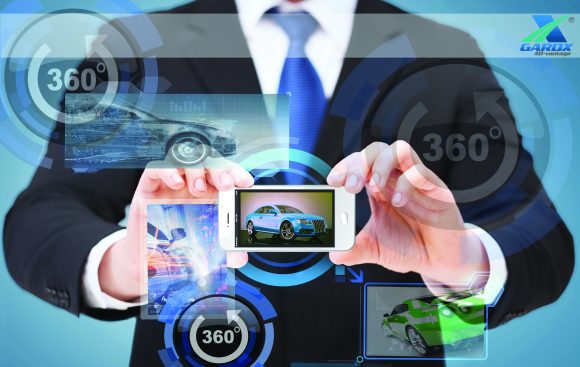 SpinCar arrives in the UK after wowing American dealers

AS Car Dealer reported earlier this year, GardX has entered into an exclusive distribution partnership with US-based company SpinCar – a move that signalled a leap into the world of digital motor retailing for the Hampshire-based firm.

SpinCar was founded less than three years ago and has already enjoyed great success in the US auto sector with more than 2,000 dealers and four major US OEMs using the system.

The  technology that powers the product creates an interactive, 360-degree view meaning a customer can look all the way around the exterior and interior of a vehicle, zooming, panning and clicking on ‘hotspots’ to learn more. Needless to say, this all delivers a more positive online experience for potential buyers.

The system was demonstrated at CDX last month, with Devin Daly, CEO of SpinCar USA, and Michael Ashton, a senior manager for Volkswagen USA, highlighting the success VW’s American dealers have enjoyed with SpinCar.

Car Dealer caught up with Ashton at the event, who told us: ‘Before talking to Devin and finding out about Spincar, we would look at our dealers and find that either they wouldn’t take pictures of the cars they had in stock, or that they weren’t consistent in their approach.

‘It was very challenging to ensure they were properly displaying their vehicles online – and after all, that’s what a customer wants to see.

‘When I saw SpinCar in action, I was thinking about my kids and how they use their iPads and their phones. That mirrors the behaviour of the modern consumer.

‘At first, we did a SpinCar pilot with 25 dealers, working together as partners. The results were just off the charts.

‘Very quickly, the metrics for the websites were letting us know that we were on the right path with the right partner.

‘The 25 dealers were getting 44 per cent more leads per month with SpinCar and 30 per cent more conversions. Math never lies. It’s simple and I think it’s the future as well.’

GardX managing director Victor Coutin said: ‘We spent significant time looking for the right partner to begin our journey into the digital sector. After considerable market research, it was evident that SpinCar were the leading supplier of automotive technology for the automotive sector and were a truly dynamic business.

‘We saw a lot of similarities between SpinCar and ourselves and it was an easy decision for us to partner with them and bring their exciting platform to the UK.’

MORE: Ready to download to your iPad – issue 111 of Car Dealer – free!