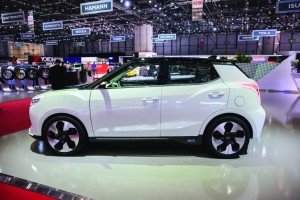 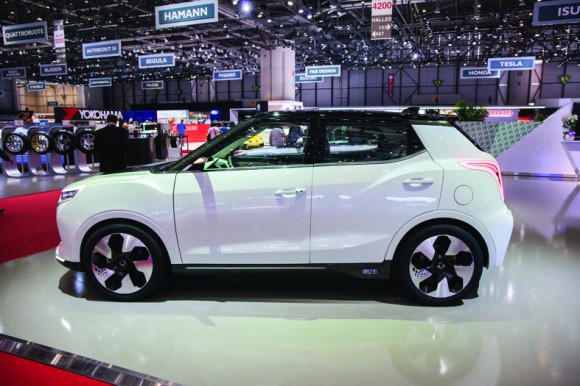 SsangYong’s ambitious plans – and they include looking for new dealerships 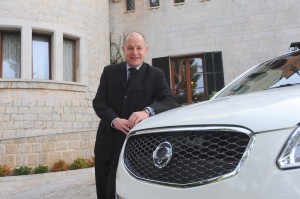 SSANGYONG has announced ambitious plans for the future.

One part of that programme is bringing out one new model every year between now and 2020. And, says Paul Williams (pictured), the CEO of SsangYong UK, that’s a brand-new model, not just a bit of spit and polish and a quick refresh of an existing car.

And another part is recruiting new dealers to cope with what they expect will be unprecedented demand for their cars.

The manufacturer has 60 dealerships now, and hopes to increase that to about 75 by the end of the year.

Williams says: ‘Our company has a mission statement to be the most admired company in the sector.

‘I believe that by working to that ethos we probably end up commanding better share of air time with dealer principals because they want to work with us.

‘We will never be the panacea for someone’s problems, but what we can be is an interesting and significant contributor to profit for a business that is already established. I need people who don’t need us – someone who needs us probably has core problems that we’re not the answer to.

‘Is it easy attracting dealers? What I can say, based on two years of continued growth, bearing in mind we doubled sales and will double it again this year, is that it is getting easier every day.

‘I don’t under-estimate it, it’s going to be a task, and we don’t appoint everybody who puts their hand up for it. We want dealers with the right attitude, not the right premises – attitude is all-important.

‘Last year we sold 1,800 cars retail, and this year we’ll do something between 3,500 and 4,000. We can get ourselves to 10,000 and 15,000 units, and that number shared between 70 dealers will be a really canny business for them and a very good business for us. It’s a size and scale that can be manageable, and a size and scale that can be profitable and yet we’ll still be small enough to have an intimate, light touch relationship with the dealers.

‘We’re never going to be a company that sells high volume. SsangYong’s role in life is to be a specialist SUV/crossover manufacturer. We have production capacity of around 250,000 – we may be able to stretch that to around 300,000, but in the great scale of things that’s nothing, there are some manufacturers in China probably pushing out that number every week.

‘Where will be in ten years’ time? It’s hard to predict, but I see us selling maybe 15,000 or 20,000 but certainly five-figure sales are within our grasp in a relatively short space of time.’ 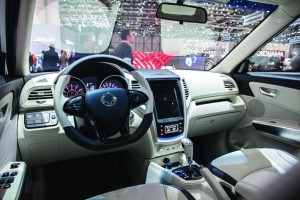 Williams is confident the new SUV launched in Geneva, Tivoli, will prove popular.

‘What will be the acid test for us is how the market reacts to Tivoli,’ he says. ‘But let’s not forget we already have an existing range that is contributing a fair bit to dealers’ bottom line and there is a place in the market for a good, honest, value car.

‘And in ten years a lot of people will have heard of SsangYong. I think sometimes we can turn things to our advantage – we’re that car with a funny name, that starts with two Ss and has a capital Y in the middle.’

On superunleaded.com – The Tivoli EVR Is A Carbon Fibre-Clad SUV You’ll Actually Want