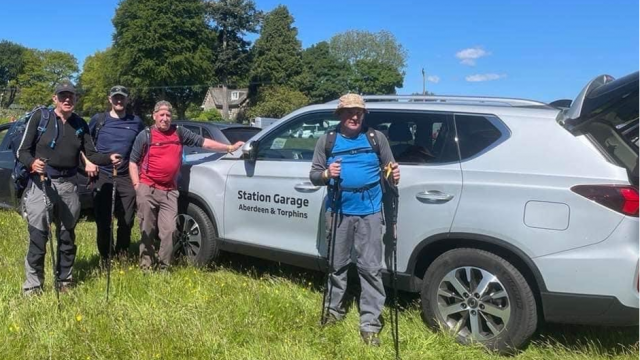 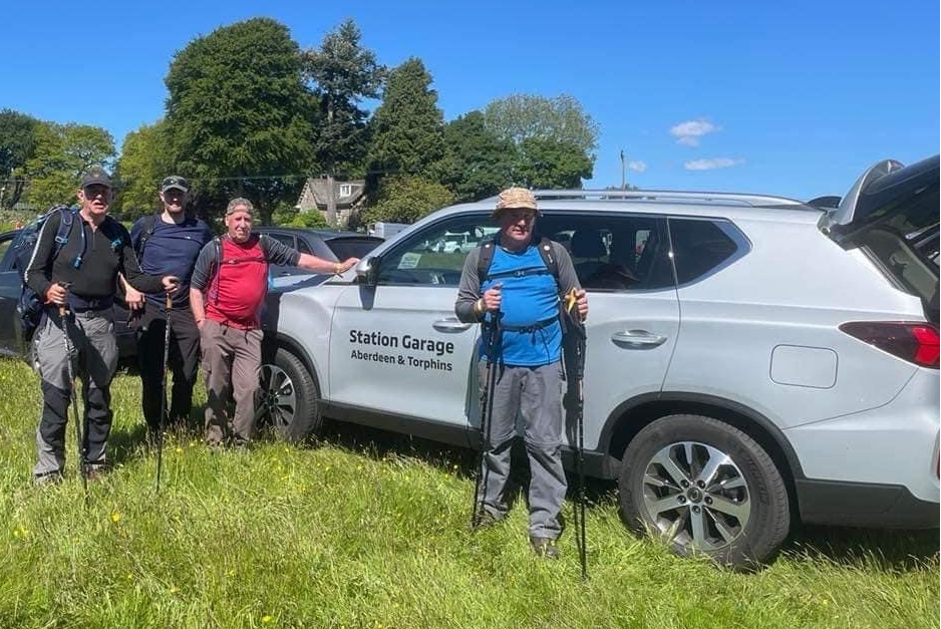 An employee at SsangYong dealer Station Garage has raised £5,500 for charity in a gruelling 54-mile yomp through the Scottish Highlands.

Service manager Richard McCutcheon, who is a member of Atholl Highlanders, a Scottish ceremonial infantry regiment, and two of his colleagues from the same division, were supported by two additional crew members and a SsangYong Rexton.

The team raised £5,500 for ABF The Soldiers Charity, massively exceeding their original target of £400.

The event took place on June 5, 2022 in the foothills of the Cairngorm Mountains in Scotland, where teams battled a 54-mile distance in 24 hours across the rugged terrain of the Scottish wilderness.

McCutcheon said: ‘We’ve been working hard in preparation for the Cateran Yomp. One of the lads has lost two stones in training and during the last few months I personally have walked over 800-miles.

‘It’s a tough challenge – the constant changes to elevation, the length of the challenge and its completion in the dark, was very, very tough but totally worthwhile to raise £5,500 for ABF The Soldiers Charity.’

ABF The Soldiers’ Charity is the Army’s national charity, created to provide support for soldiers, past and present, and their families for life.

The organisation stands at the forefront of support for the Army family, and last year supported 60,000 people across 63 countries around the world.