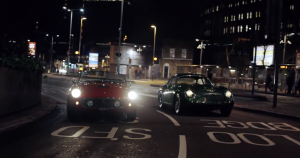 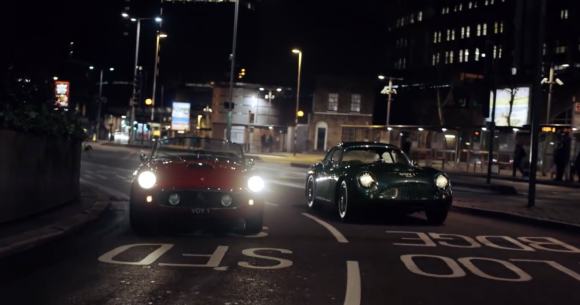 LEADING London car dealer Hexagon has produced a fascinating film featuring more than £20m-worth of classic cars to mark the launch of a flagship showroom project.

Titled ‘Icons of the Road’, the short film features appearances from some of the most desirable and valuable classic cars of all time, including an Aston Martin DB4 GT Zagato Sanction III, an ex-Sir Stirling Moss DB4 GT Lightweight, a Ferrari 250 GT California Spider, a Porsche 356 Speedster and a Series 1 Jaguar E-type Roadster.

Shot in London over several nights, the star cars of the film drive themselves around the capital, cruising past some of its most famous landmarks and gathering astonished looks from drivers at traffic lights. The story finishes with the cars coming together at Hexagon’s new north London site.

The film has been produced to celebrate the start of perhaps the biggest and most ambitious 12 months in Hexagon’s 53-year history. Building work has already begun on the new flagship showroom in Great North Road, East Finchley.

Hexagon Chairman Paul Michaels, said: ‘I started Hexagon in a small mews in Belsize Park back in 1963 and we’ve had some incredible years since then including running a privateer F1 team in the Seventies. But 2016 is set to be one of the most remarkable yet.

‘We commissioned ‘Icons of the Road’ because we wanted to celebrate classic cars in a way that no one has done before. The film is all about the cars – not who is driving them. It’s an amusing story about how cars relate to each other, which we hope everyone can enjoy.’

MORE: Newcastle car dealer in hot water because of his height

MORE: JCT600 becomes a patron of the Prince’s Trust