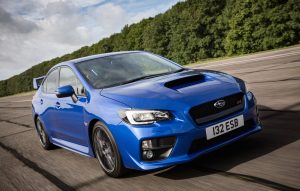 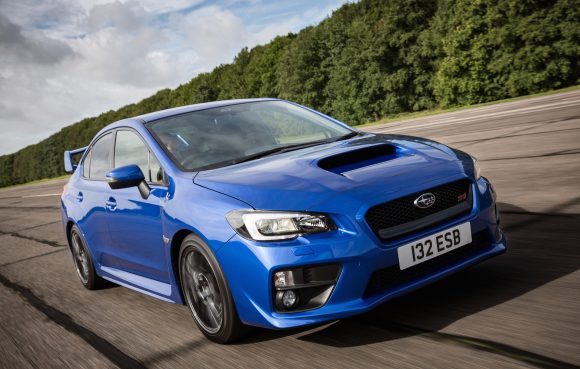 SUBARU wouldn’t hesitate in selling a next-generation WRX STI in the UK if it could, its UK marketing director has told us.

Speaking to Car Dealer at an early drive of the next-generation Impreza hatchback, Subaru UK’s marketing director Chris Hawken was keen not to rule out the brand’s halo model, pictured above, making a return to our shores in future – albeit with a more efficient powertrain.

‘In September next year there are some pretty intensive emissions regulations coming in, and current WRX STI has really been a victim of that,’ he said.

Should the model return in a later iteration with a new engine however, Hawken suggested that the brand would jump at the chance to sell Subaru’s halo model once again – provided the conditions were right.

‘I’m sure it will come back. If it meets European emissions legislation and has reduced CO2 levels overall… It’d take the right car. We’d love it.’

A next-generation car could be powered by a turbocharged version of the Toyota co-developed 2.0-litre from the BRZ. Much newer in design than the outgoing 2.5, it’s already available in sportier Levorg variants in Japan where it produces nearly 300bhp,

What’s more, basing it on the new Impreza – which has been redesigned with driving dynamics in mind – would give the WRX STI its best platform starting point yet, and certainly something for European rivals such as the Volkswagen Golf R to worry about.

If the popularity of the limited-run ‘Final Edition’ version of the current car is anything to go by, Subaru would have no issue shifting a replacement car either. Two weeks to the day since the WRX STI’s last hurrah was put on sale, Hawken revealed that all 150 have been snapped up already.

On SuperUnleaded.com: Lovely jubbly! Only Fools and Horses Reliant regal sells for £41,625