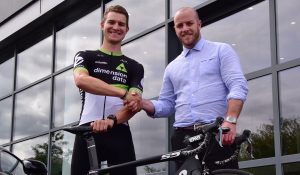 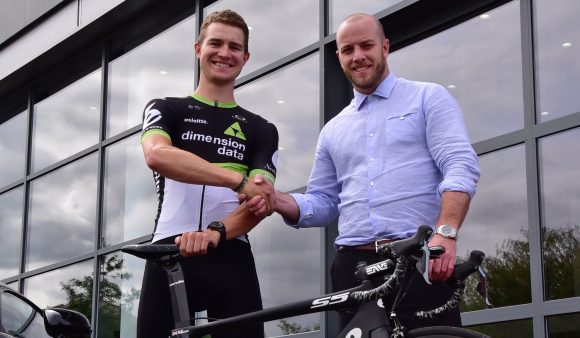 The 27-year-old is riding for Team Dimension Data for Qhubeka in the 2017 Tour de France, which started on Saturday in Düsseldorf, Germany, and will end 2,200 miles (3,540km) later in Paris on July 23.

Redline is providing him with a liveried white Audi A4 Avant 2.0-litre TDI Ultra Sport and will be offering customers a chance to meet and cycle with the World Tour rider at organised events.

Rob Milner, managing director of the Knaresborough-based prestige and performance car dealer, said: ‘We’re really delighted to be working with Scott this season. He operates at the limits of performance – just like the cars that we sell – so we believe there is an excellent synergy there. There is great enthusiasm for cycling and bikes among our customers, and it will be fantastic for them to be able to  support and ride with Scott this year.’

Thwaites, from Burley-in-Wharfedale, lives and trains some 17 miles from Redline’s showroom, and Milner added: ‘It’s also important for us to support local talent, and Scott fits that bill perfectly. We wish him every success in the Tour.’

A former national champion on both mountain and road bikes, Thwaites – who turned professional in 2010, winning bronze for England in the 2014 Commonwealth Games road race – said: ‘I’d really like to thank Redline for their sponsorship. As a professional athlete, it’s a pleasure to be working with such a professional organisation. This is my debut year on the Tour de France and as part of a very strong team, so I hope to be able to stamp my mark on the event.’

MORE: Issue 112 of Car Dealer ready to download to your iPad – for free!