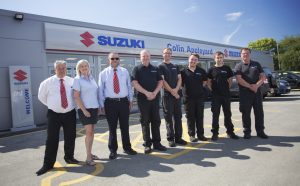 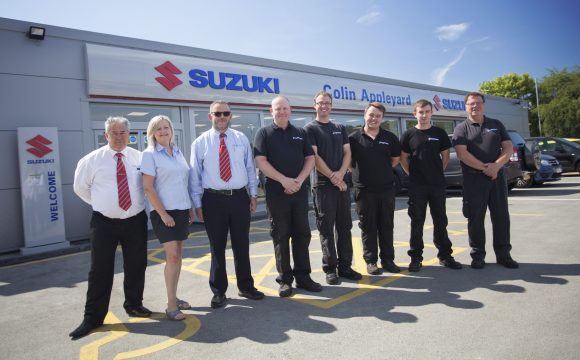 THE first-ever Suzuki car dealership in the UK is marking the 40th anniversary of its association with the brand.

Colin Appleyard Ltd was established in 1970 by its founder of the same name but its partnership with the Japanese manufacturer didn’t begin until nine years later.

At the outset, Appleyard was a 34-year-old apprentice mechanic and entrepreneur selling motorcycles as a one-man band in Keighley, West Yorkshire.

Life with Suzuki began when he opened Cornmill Garage in 1979, the same year that the company began to export its small SC100 Whizzkid coupé to this country.

During the past four decades, the Yorkshire-based company has been proud to stay owned and run by the Appleyard family, and Colin’s son, Robin, remains at the helm. Colin sadly passed away in 2015. 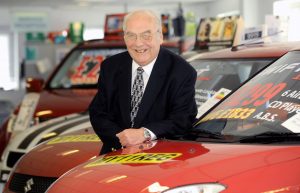 Over the years, Colin Appleyard has evolved as an organisation, thanks to a significant level of investment, and today, its growing portfolio includes state-of-the-art Suzuki car dealerships in Keighley, Huddersfield and Ashton-under-Lyne, as well as its newest showroom in Bradford.

This makes it one of the vehicle manufacturer’s largest retail groups in the UK. It is responsible for generating around five per cent of all nationwide Suzuki sales, and to date, has sold and delivered over 35,000 new Suzuki cars and 4x4s in the UK.

Colin Appleyard continues to pride itself both on its friendly and personal ‘feel like family’ approach, and loyal staff, where several members of its 150-strong team have worked for the business for over 25 years.

This means that repeat customers are often welcomed by a familiar face, and their long-standing commitment to delivering a high standard of service has been rewarded with Colin Appleyard winning Suzuki’s coveted ‘Dealer of the Year’ trophy seven times.

Dale Wyatt, director of automobile at Suzuki GB plc, said: ‘We would like to congratulate Colin Appleyard on this significant milestone, and thank them for 40 years of commitment to our brand.’

‘Combining values that my father instilled across our organisation, with a brand that provides vehicle owners with great value and low running costs, has allowed us to excel during the last 40 years.’