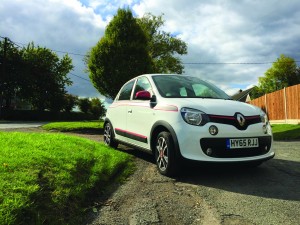 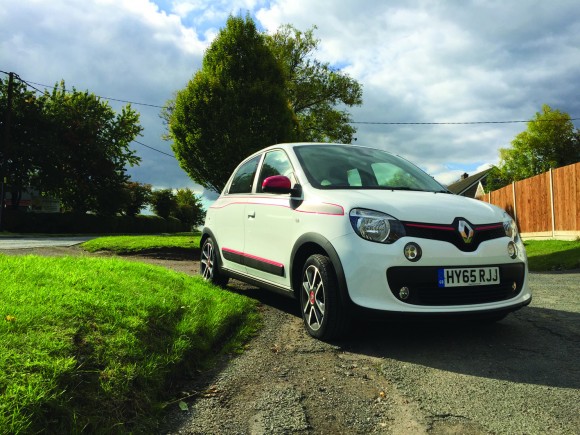 WHEN you think supermini you tend to think city. That is, after all, what the little roadrunners are designed for. Our Renault Twingo is the perfect example – one of the best in its class. But I wanted to take it out of its comfort zone.

Before I tell you what happened, let’s refresh our Twingo trivia. This is the third generation of the rear-engined city car, which means it’s

a little larger, a little more spacious and a little more nimble. Renault says it’s designed to echo the spirit of the beloved Twingo of 1993 and even the Renault 5 before that. This, I can believe.

As the sun was shining, I decided to take the Twingo on a country outing. This involved a short stint on the motorway and clear, sweeping bends. Given I’d taken it away from its comfort zone, I was pleasantly surprised as the Twingo glided through villages and held its own on the A-roads.

Our little Twingo is the range-topping Dynamique S Energy TCe 90, which means it’s powered by the smaller three-cylinder 0.9-litre TCe engine but pumps out more power than the larger, entry-level 1.0-litre, at 89bhp. I was quite impressed by the Twingo’s ability to hold on in the corners and its rather sweet surges in power, although these bursts of excitement tended to be an anti-climax – much like a disappointing date.

The Twingo’s overall set-up impresses. Its new layout means it’s shorter than its predecessor and can achieve a best-in-class 8.59-metre turning circle – clever that.