These are some of the most expensive cars on Facebook Marketplace

Facebook Marketplace is a veritable melting pot of cars. All manner of shapes, sizes, ages and types are available, giving buyers a wide spectrum of motoring to get their hands on.

It’s also an area where some ultra-high-value cars are changing hands, giving sellers a new platform to showcase the very best vehicles they have to offer. Let’s take a look at some of the premium offerings available on Facebook Marketplace today. 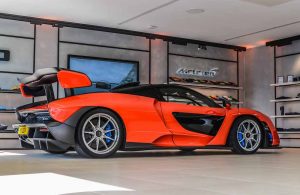 McLaren’s Senna has gone down as one of the firm’s most iconic models, combining an ultra-light construction with a turbocharged V8 engine to produce a car which is supremely capable on both track and road.

This particular example is likely to turn heads thanks to ‘Nerello Red’ paintwork – applied by McLaren’s Special Operations team – and its ultra-lightweight gloss black alloys. It’s being sold by a dealer in Camberley for £724,995. 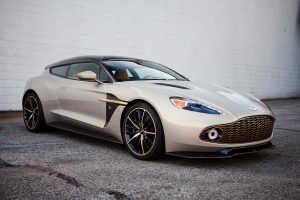 An Aston Martin might be a rare sight on the roads at the best of times, but a Zagato version? That’s an even more special proposition. The famous coachbuilder has a longstanding history with the British supercar maker, taking Aston Martin’s most famous models and making them even more beautiful.

This Vanquish-based Shooting Brake is one of the most recent Zagato-produced cars and easily one of its most eye catching. It has covered just 850 miles so far and is one of just 99 ever produced. Needless to say, it comes with a hefty price tag of £549,000. 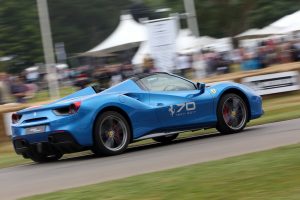 The 488 came as one of Ferrari’s most triumphant models, bringing the jaw-dropping looks that you expect from a Prancing Horse model with a turbocharged V8 engine capable of delivering some serious performance.

This Spider version features a striking combo of a white exterior with contrast black interior and has had just one owner from new. Plus, the seller is offering to deliver the car direct to the buyer’s door. 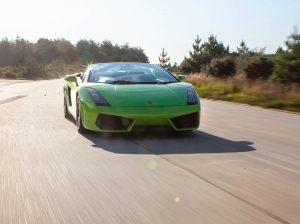 The Lamborghini Gallardo has been one of the firm’s most successful models. It was one of the first to showcase what could happen with Audi at the helm, bringing everyday useability as well as that all-important performance.

This left-hand-drive ‘Spyder’ version is finished in white with a contrast black roof and features gloss black alloy wheels too. Its owner is asking £90,000. 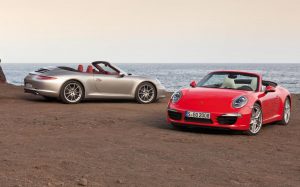 Porsche’s famous 911 a sure-fire winner when it comes to sports cars. Good looking, fast yet useable on a daily basis, it fits the bill for many people looking for a sports car that they can enjoy each and every day.

This 911 Cabriolet is a great fit for those who want the wind-in-their-hair experience and comes in full GTS spec. It’s a one-owner car, too, and comes with a price tag of £74,995. 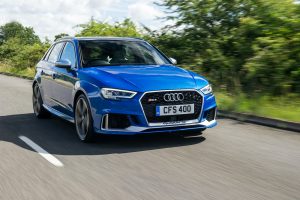 If you’re after a car which will deliver supercar-scaring performance in a package which will manage the weekly trip to the shops, then the Audi RS3 is it. As one of the firm’s key RS models, it brings impressive acceleration without forsaking practicality.

This car in question certainly does away with Audi’s trademark undercover styling, instead opting for a chromed green wrap. Priced at £44,999, it brings all manner of performance upgrades but impressively low mileage.