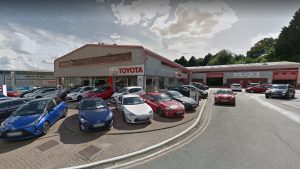 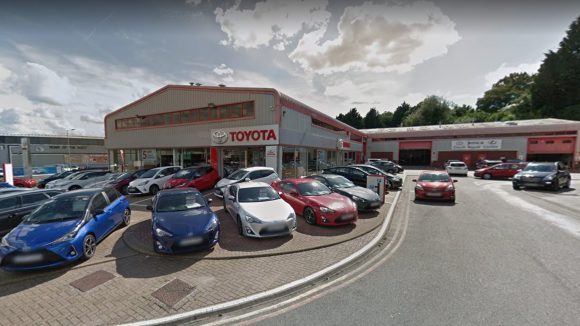 A Toyota dealership in Bracknell may have to tear down its car wash bay after applying for retrospective planning approval.

The car wash constructed on the site of Jemca Toyota Bracknell in 2018 but the group didn’t realise they needed planning permission until Bracknell Forest Council issued an enforcement letter.

Nearby residents have now objected to the car wash and described ‘what was once a lovely place to live is now a living hell’.

However, in its covering letter Jemca Toyota explain how this car wash is necessary as part of the dealership.

It said: ‘This use is commercially necessary, and entirely ancilliary to the wider site’s use as a car dealership.’

The site does have approval for a building of less than 500sqm but it must not come within five metres of the border, which this car wash does.

Jemca Toyota Binfield state in the application: ‘In response to the above criteria, the outbuilding is related to the use of the original building; it is for the purpose of cleaning cars prior to sales or after repairs.

‘The outbuilding is also within the curtilage of an existing industrial building and is less than five metres in height.’

It added: ‘Due to the unusual shape of the land surrounding the garage there are no locations where the outbuilding could be placed elsewhere on the site.’