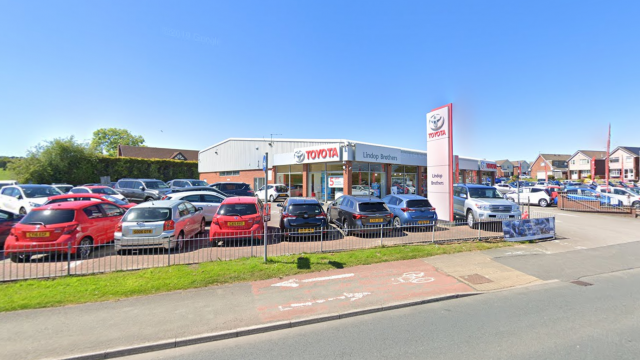 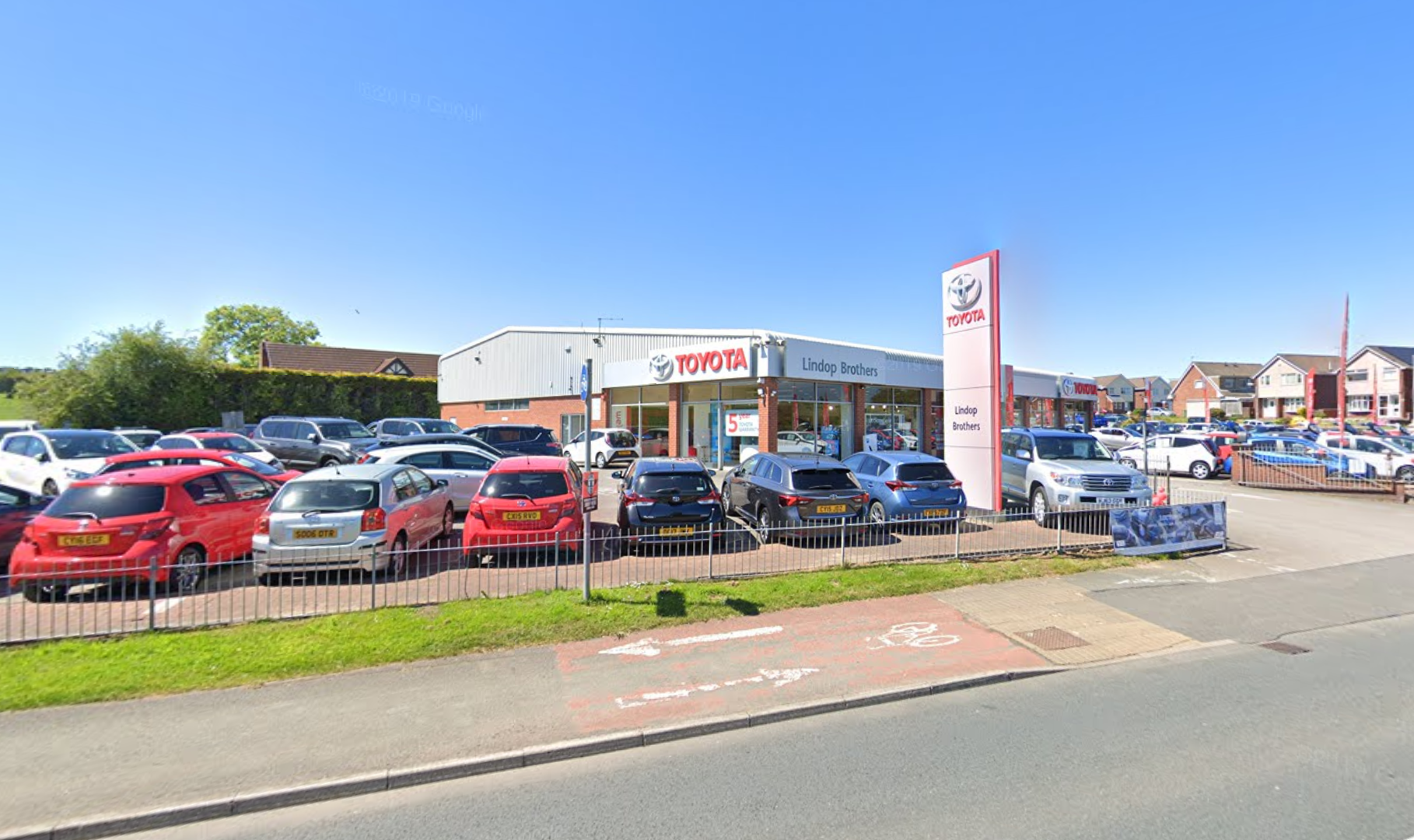 A Toyota dealership could be forced to close after its application for expansion was recommended for refusal by council officers for a second time.

Lindop Bros, in Wrexham, wants to expand its car park to cater for an increase in electric car sales as well as putting in charging points.

At the time, Isted said that even though the proposals would create five new jobs, they should be rejected due to their potential impact on green barrier land.

A decision on whether to approve the plans was then deferred by the council to give the dealership’s owner, Steve Hopewell, a chance to prove he had considered alternative sites, Wrexham.com reports.

Hopewell has now produced the proof as requested and number of residents and neighbours around the site have since signed a letter in support of the development.

However, his plans still look set for rejection after Isted once again recommended the council refuse his bid to expand.

In a report, he said: ‘The applicant states that five electric vehicle charge points are required to be installed at the site, on the basis that Toyota Great Britain require that the garage have at least four such charge points by 2025.

‘Whilst this may be the case, the requirement for the garage to install EV charge points is not a material planning consideration.

‘Furthermore, the charge points shown on the submitted site plan would be located outside of the proposed extended parking area. It is not considered to be justification for the extension of the car park.’

He went on to say: ‘The applicant has identified a list of alternative sites within the county borough that are unsuitable.

‘Technical Advice Note (TAN) 23 states that that there are three questions which must be asked where a local planning authority is considering a planning application which could cause harm to the environment.

‘The main body of the report outlines why it is not considered that the proposal meets the relevant tests set out in TAN 23.

‘Many of the sites listed by the applicant appear to have been discounted on the basis that they are located too far from the site’s current location, but no reasoning has been given as to why an alternative site should be located in close proximity to the existing site.

‘No reasoning has also been given as to what would be considered an acceptable distance from the existing site.

‘Nevertheless, even if it was considered that the proposal would meet the alternative sites test, for the reasons outlined above, as well as in the body of the main report and Addendum, the proposal does not meets all of the tests set out in TAN 23 and the harm that would arise to the environment would not be outweighed by any economic and social benefits arising from the proposal.’

As a result of the latest setback, Lindop Bros may be forced to close.

Speaking earlier in the year, Hopewell said such a move would cost around 30 jobs.

‘I can actually say with unfortunate certainty that if our planning application is rejected then Lindop Wrexham won’t meet future requirements,’ he told councillors at a virtual meeting on March 1.

‘That will trigger a sequence of events which basically will see us being swallowed,’ the Leader quoted him as saying.

‘We will have the chance to revise our plan in early 2022. However, based on current circumstances, we really can’t see what we could do as an alternative.

‘We have conducted an exhaustive search for alternative sites in the Wrexham area and there aren’t any.

‘Therefore, by mid-2022 at the latest we will receive 24 months’ notice of termination, and that would mean the business would actually close by the summer of 2024 at the latest.’

The application will be considered by the council next Monday.