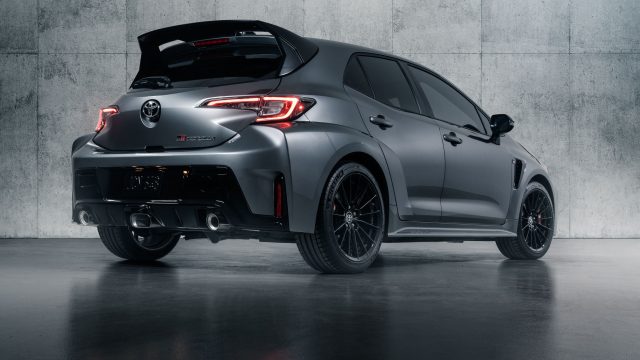 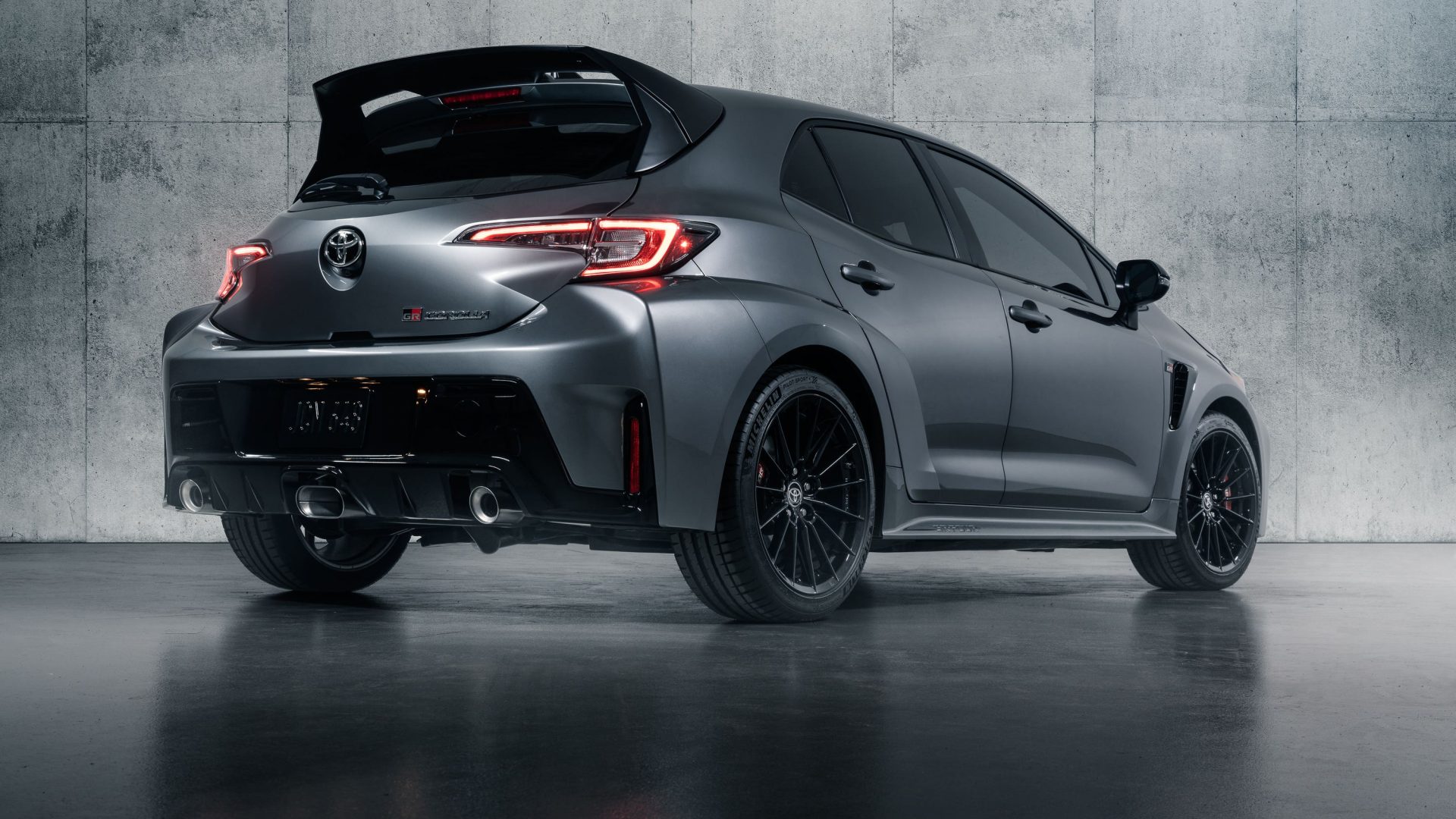 Toyota’s much-talked-about hot GR version of its Corolla has finally been launched – but there’s a catch.

The brand new 300bhp Volkswagen Golf R rival will go on sale later this year, but the Japanese carmaker has decided UK dealers won’t be able to offer it in their showrooms.

The Corolla GR would have sat in UK dealerships alongside the GR Yaris, GR Supra and forthcoming GR 86 sports car.

Instead, it’ll only officially be available in the USA and Japan.

The GR Corolla has been tuned and developed by the Japanese firm’s motorsport division, Gazoo Racing, to have more power, better handling and a more aggressive exterior appearance.

The all-wheel drive system has also been borrowed from that car, but optimised for use in the Corolla.

The GR model has a 60mm wider track up front and 85mm wider track at the rear compared with the Corolla Sport, which boosts stability in corners.

The body has been stiffened up to improve handling, with extra braces fitted at various places. Meanwhile, the roof is made from light carbon-fibre-reinforced plastic to lower the centre of gravity as well as the vehicle’s overall weight.

On the outside, the Corolla Sport has been used as the base, but the GR version gets wider arches to accommodate the extra track width, while triple-exit exhausts improve performance and further add to the sporty character.

Aerodynamic optimisation also resulted in the addition of a front bumper air intake as well as air outlets in the front fenders and hood bulge.

Inside, a short-stroke gear shifter has been used for rapid gear changes, with a hand-operated handbrake giving more precise control when drifting, for example.