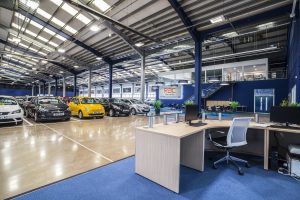 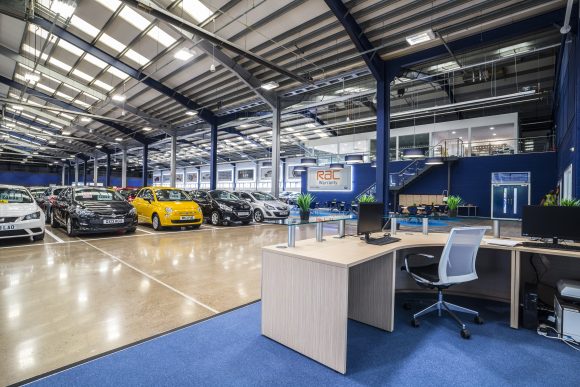 The company will be crossing the border for the first time with the launch of a 12-acre, 1,200-car site in the West Midlands early in 2017.

The group, which has three retail sites at Neath, Merthyr Tydfil and Cardiff, aims to replicate the successful ‘hub and spoke’ strategy that it operates in South Wales, with the superstore in Wednesbury acting as both the retail operation and central preparation facility for additional stores in the region.

The group, privately owned by chairman Mark Bailey and established in 1999, has grown rapidly, with turnover forecast at more than £100m in 2016.

The Trade Centre Wales will rebrand in England and invest significantly in marketing both its car retail and CanCan Car Finance brands across the region with heavyweight campaigns across TV, radio, outdoor, print and digital.

Andy Wildy, director of The Trade Centre Wales, said: ‘Our financial services division, including CanCan Car Finance, will relocate to a new facility in December, doubling the capacity ahead of the new site launch.

‘Our training academy is busy preparing for a new round of recruitment and inductions. We recruited 85 staff for our Cardiff North store opening, with only a handful of the team having any prior motor trade experience and their performance has been exceptional.’

The business will occupy what is currently a vacant car supermarket facility on Darlaston Road, Wednesbury, although the site needs significant work to bring it up to standard.

‘We invest heavily in creating facilities that optimise the customer experience. Our recently-opened Cardiff North site pioneered our new corporate identity and we are busy retro-fitting Neath and Merthyr ahead of year-end.

‘We are confident that our first store in the West Midlands will be well-received by value-driven car shoppers, and we look forward to the journey of establishing the brands as household names in the region, as Mark has done so successfully in Wales.’