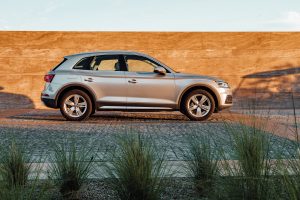 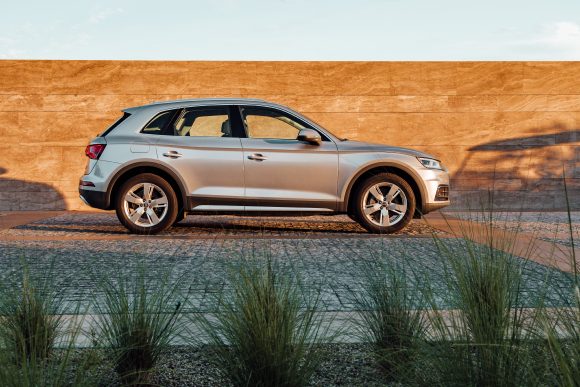 AUDI may have the mid-sized SUV market pretty much sewn up with its best-selling Q5 – but the maker is keeping an ever-watchful eye on the upstart Jaguar F-Pace.

When pressed for information on their thoughts on the biggest rivals for the all-new Audi model, Q5 product managers Kirstin Freudenhagen and Michaela Benz were positively cagey about revealing any.

However, when pushed further, they both admitted the usual suspects, the BMW X3 and Mercedes GLC, were a concern, but when quizzed on a third they surprisingly singled out the new Jaguar as a worry.

A spokesman for Audi AG said: ‘Some people buy on looks for sure, and Jaguar did a really good job with the F-Pace. And for sure it is fresh on the market, but design-wise it is subjective. However, it is on our radar.’ 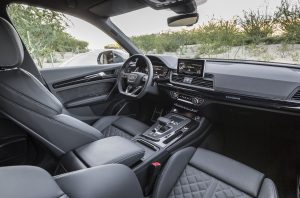 The interior of the new Audi Q5

‘On our radar’ is German car manufacturer speak for ‘We’ve studied it carefully and are more worried than we would be usually’. However, it seems the product team behind the new Q5 don’t share their spokesman’s views that the Coventry contender will be a match for German engineering.

Product marketing manager Benz said: ‘Yes, the F-Pace is stylish. It does have a unique look, but it is not the same quality that we have. If you just look at the design, yes it looks nice. But if you get closer and use it, and look at the interior and you use all the parts and the navigation system, it’s just not the same.

‘When you compare the F-Pace to the Audi it’s still a big difference. The craftsmanship of the Audi is our main focus and we hope that will shine through.’ 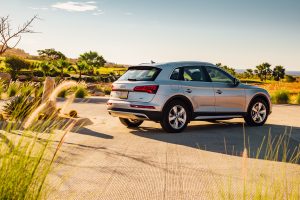 The new Audi Q5 is being launched in January

Audi plans to strike back with the launch of its new Q5 in January and with it will come a fresh new look, a host of new technology and an even better driving experience.

Although the Audi is quicker on paper, the comparable F-Pace beats it on emissions and residual values, and as the new kid on the block it’s certainly winning buyers looking for something different with its cool new design.

Whether that is enough to make a dent in a car that has found 1.6 million homes for Audi since its launch in 2008 remains to be seen, but Jaguar will certainly be hoping it can.

MORE: All change at Audi as new appointments are announced

On SuperUnleaded.com: Nico Rosberg Retires From Formula One