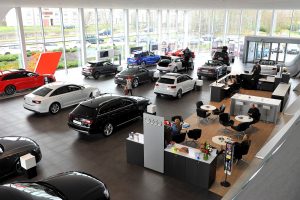 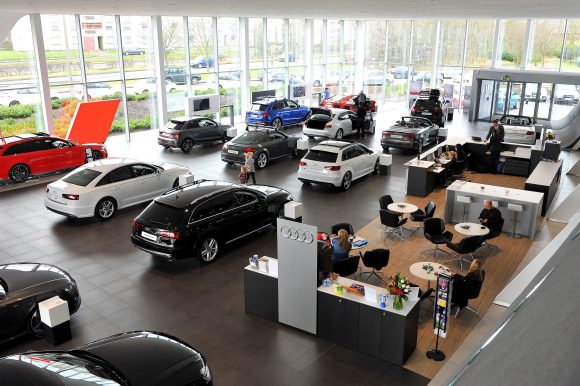 LOOKERS Audi has topped off a major £6.5 million two-year investment programme in Scotland with a £2 million extension and showroom upgrade at its Edinburgh facility.

Edinburgh Audi said the latest investment reflected the group’s confidence in Scotland and underpinned its long term commitment to the region.

As part of its investment, the company, which has established sites in Glasgow, Stirling, Ayr and Edinburgh, also opened a brand new £3.5 million Audi Approved new and used car base in Hamilton, South Lanarkshire, directly creating 30 new jobs.

That injection of talent and expertise complemented Lookers’ Scottish team, including in Edinburgh, where a range of exciting new roles have already been filled as part of a recruitment drive to support its long-established team.

Lookers Audi Group managing director, Steve Dean, said the investment across all its sites, and particularly in Edinburgh, has put the company and staff on a confident new growth trajectory: ‘With the backing and long term commitment of one of the largest automotive groups in Europe, Lookers Audi has a clear vision in Scotland supported by a strong set of employee values, initiatives and a team spirit which sets us apart.

‘In Edinburgh, after several years of growth and building capacity for long term success, the impact of our investment in a new £1.5 million expansion and £500,000 showroom enhancement will be the cementing of our position as the region’s leading specialist in the luxury car market.

‘We are dedicated to the harnessing of the best talent and our Technician Immersion Programme has ensured we can attract and maintain the technical talent in the marketplace.’

A major first for the UK automotive industry, the Technician Immersion Programme is designed to promote technical excellence, training and enhanced career development. The successful scheme has already been rolled out across all nine dealerships across the UK and Ireland.

Andy Bruce, chief executive at Lookers plc, said: ‘The level of growth, success and ambition seen within Lookers Audi across Scotland is testament to the commitment of the entire team. As an integrated, ambitious and forward-looking company, we continue to strengthen our presence in the local marketplace and remain dedicated to offering the highest quality service provision in Edinburgh, Glasgow, Ayr, Stirling and Hamilton.’

Lookers acquired the Glasgow-based Lomond Audi in 2012 as part of a £15 million acquisition. Lomond Audi Group was first established in 1998 as a single Audi centre in Kyle Street, Glasgow. It acquired Edinburgh Audi in 2006 and opened a new dealership in Ayr in 2007.