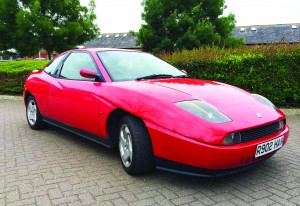 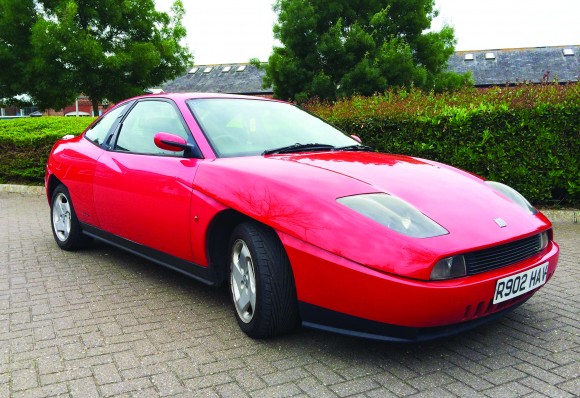 BAGGOTT is sitting smugly in his office at the moment – it’s not that he doesn’t want us to raise as much money as we can for Great Ormond Street Hospital, but right now my plan to make a small fortune on the Jag has gone a little bit south!

I’m acquiring cars far quicker than I’m selling them, which isn’t the name of the game. The Jag has been advertised for two weeks but with very little interest, apart from a couple of jokers offering me next to nothing.

The MX-5 is suffering a similar fate, which, given the weather we’re having, is a surprise. I’ve bought and sold more Mk1 MX-5s than I care to remember but the market seems to have softened in the past two months, with very good examples struggling to find £2k. Given I took a risk on ours as it is pauper spec (no power steering), it’s looking like a challenge to take much profit.

However, being resourceful and having dealing in the blood, I had a plan. I recently picked up a 1997 Fiat coupe from John at Hughes Selection in Aylesbury for a very reasonable £300. This was bought with the intent to use it for this year’s Bangers4BEN run to Italy in October. John did raise an eyebrow when he knew why we wanted it but, as described, it was a solid car with a ton of service history and a sweet engine.

However, the drive from Aylesbury back to Car Dealer Towers in Gosport highlighted an issue – the good old Italian long-arm, short-leg driving position. An old war wound (broken knee) started playing up and by the time I got back to the office I could hardly walk – this was 140 miles, never mind 1,400!

As there was little chance of me getting this to Turin and back I needed to turn round something sharpish. A quick wash, Hoover and MoT later and the car was on a well-known auction site. A three- day auction starting at 99p and with no reserve has turned our £300 Coupe into £546. Okay, so this wouldn’t put much food on the table but, after the MoT fee, it’s still a quick £200 profit, which has turned this from a flat month into one that at least is moving us in the right direction.

As for the Jag, I had an email from James McCarthy of McCarthy Cars in south London. He was sitting on a beach catching up with last month’s mag when he saw the problems with the Jag’s upholstery. Not only has he offffered to sort this for us, he’s also apparently got a nice little Alfa coming in which should fifill the hole that the MX-5 is hopefully about to leave. (I’ve had a best offffer on the car as I type.)

So, with James’s help we’ll have another nice little convertible to make the most of the sun and the Jag will have the seat sorted to make it even more desirable. If there are any Jag specialists out there who want to make us a bid on the old girl, drop me a line. She set us back £2,200, has had a serious amount of work done by Harwoods, is MoT’d and drives well. Hopefully, the interior will be looking top-drawer by the time you read this. All serious bids considered. In the meantime, I think I’ll steer clear of old British classics moving forward.