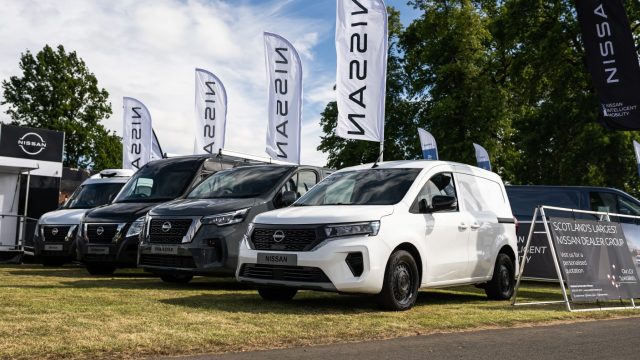 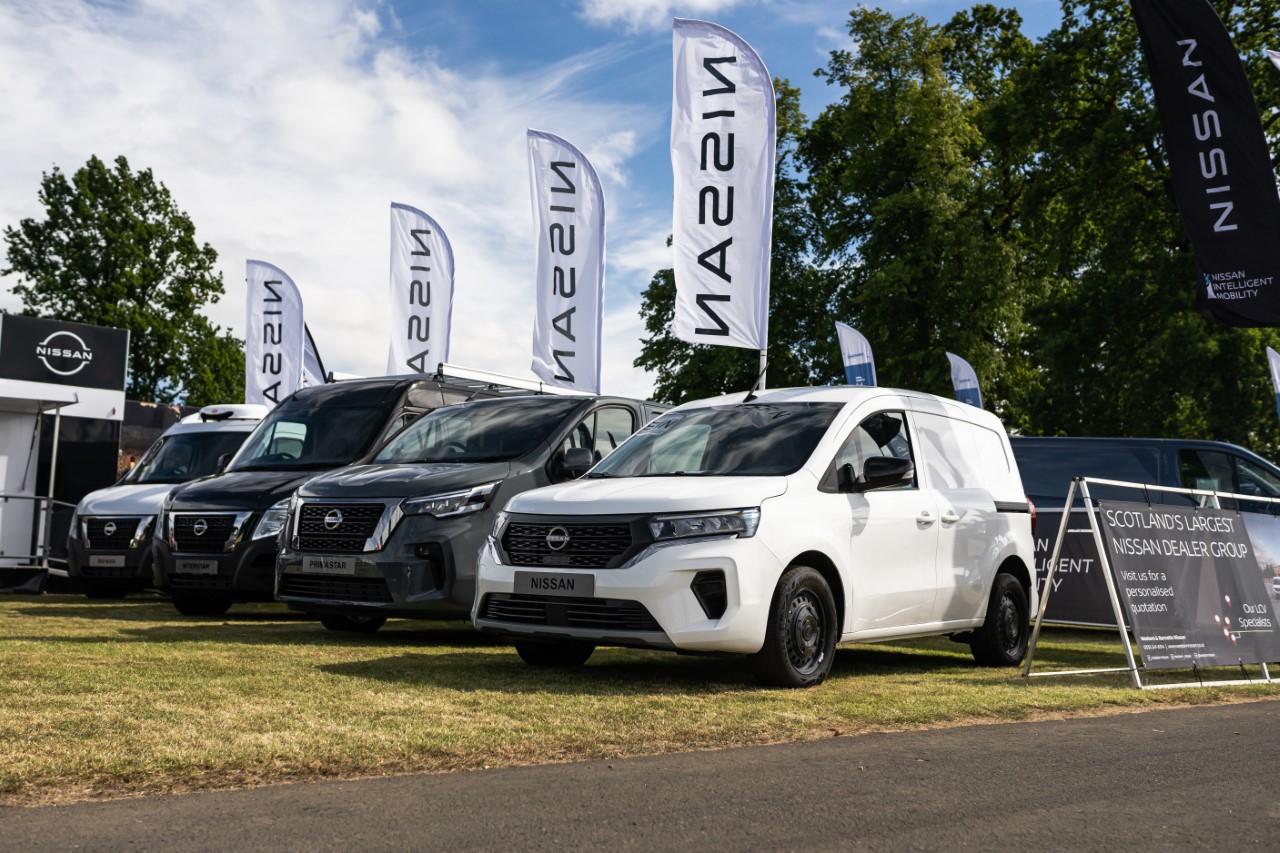 All three vehicles from Nissan’s new-look LCV range were displayed by Western and Barnetts Nissan at the 2022 Royal Highland Show.

Scotland’s largest franchised Nissan dealer group had been given access to the new Townstar, and also had the Primastar and Interstar on display.

It was the first time the trio had featured in a promotion by the Western Group, which operates five Nissan dealerships north of the border.

The flagship Royal Highland Show took place across four days, with 200,000 people descending on the Ingliston showground for the 200th-anniversary event that saw more than 1,000 trade exhibitors taking part.

Andrew Oag, general manager at Western Nissan Edinburgh West, said: ‘It was great to finally see the new line-up together.

‘We have been waiting to show clients the new Townstar, and with help from Nissan we were delighted to have it on show.

‘I believe this was the first time the full range has been on display and attendees were eager to learn more.

‘The Royal Highland Show is a fantastic event for us year on year and we were very proud to be back for the 200th anniversary.’

One potential customer was reported to have commented: ‘It’s great to see Nissan expanding its commercial line-up. We are really excited by Townstar and can certainly see ourselves placing an order when they become available.

‘We really like that we have the choice between petrol or full EV, and this will be the van to watch out for next year.’

Western and Barnetts Nissan was also given access to the new Nissan Ariya, deliveries of which start this summer.

A Nissan Qashqai with mild hybrid technology was on show, too, as were a special-edition Juke Kiiro and an all-electric Leaf.

‘We had a great weekend,’ said Oag, adding that ‘a huge number of attendees’ had visited its stand. ‘Nissan is a manufacturer that’s going places and exciting times lie ahead!’