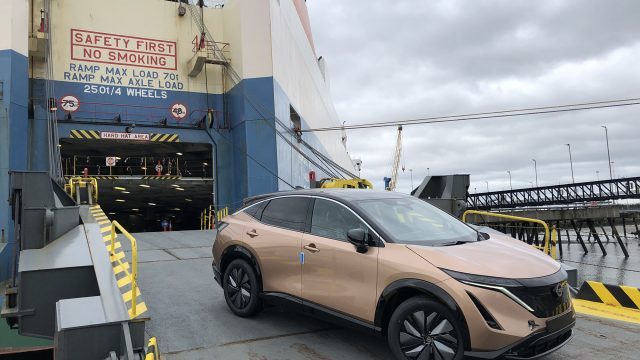 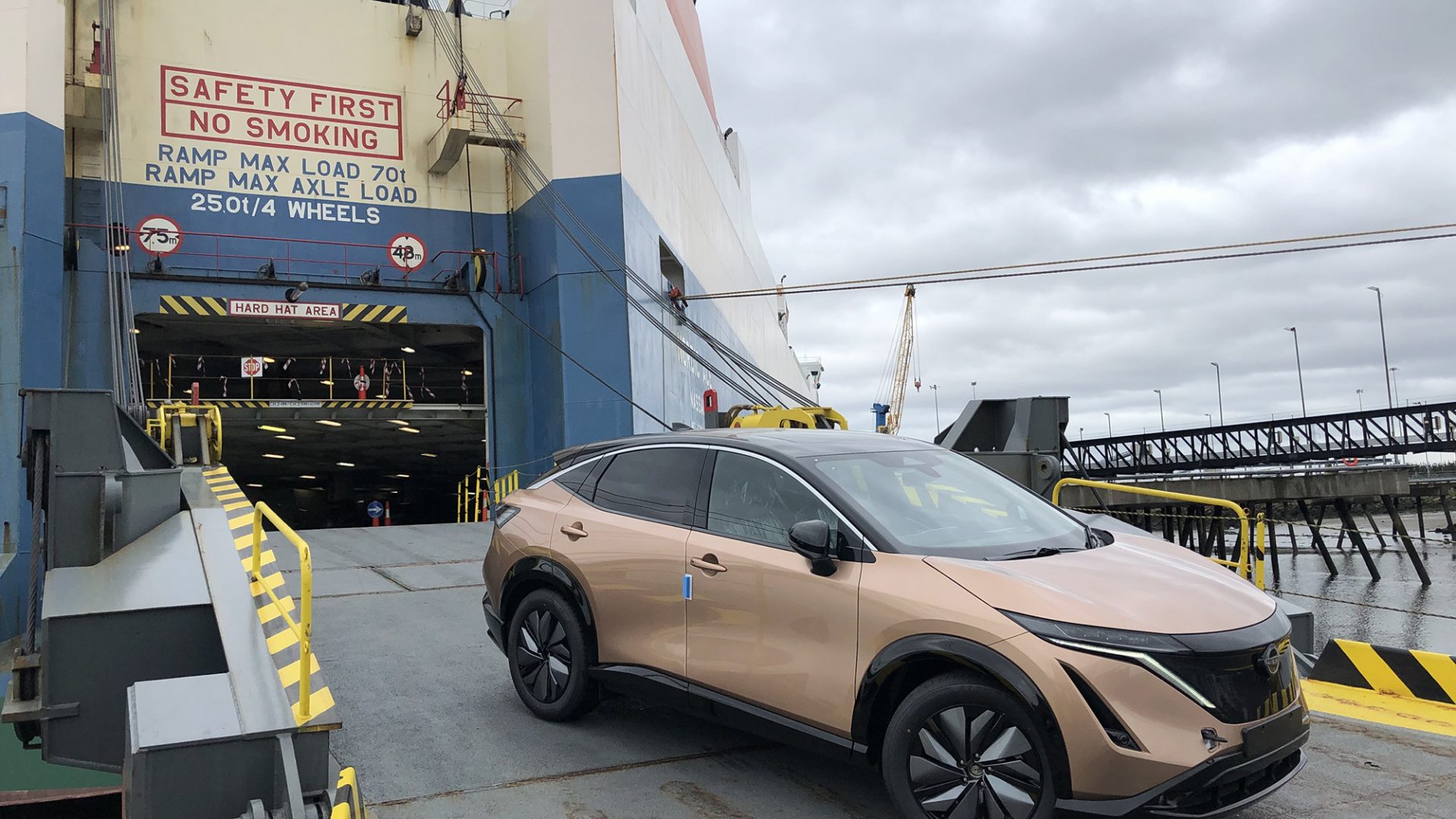 The first shipment of all-electric Nissan Ariyas has arrived in the UK.

They arrived aboard the vehicles carrier Nordic Ace, which docked at the Port of Tyne in South Shields after a 43-day voyage from Hitachi in Japan.

The first one off was an Ariya Advance in Akatsuki Copper paint and Pearl Black roof, with a 63kWh battery and fitted with an optional Sky Pack boasting electric-opening sunroof with power sunshade.

The vehicles will undergo a final quality control check before being sent to dealerships for customer test drives and first deliveries.

The Ariya is manufactured by Nissan at its Tochigi plant in Japan and the next shipment is due to arrive at the Port of Tyne in August.

Together, the two carriers will have delivered just over 1,300 Ariyas.

The Nissan Ariya concept car was unveiled at the 2019 Tokyo Motor Show. It was originally due to hit the market in 2021, with the Ariya production version unveiled in July 2020.

However, the pandemic and semiconductor shortage led to its launch being delayed to this year. 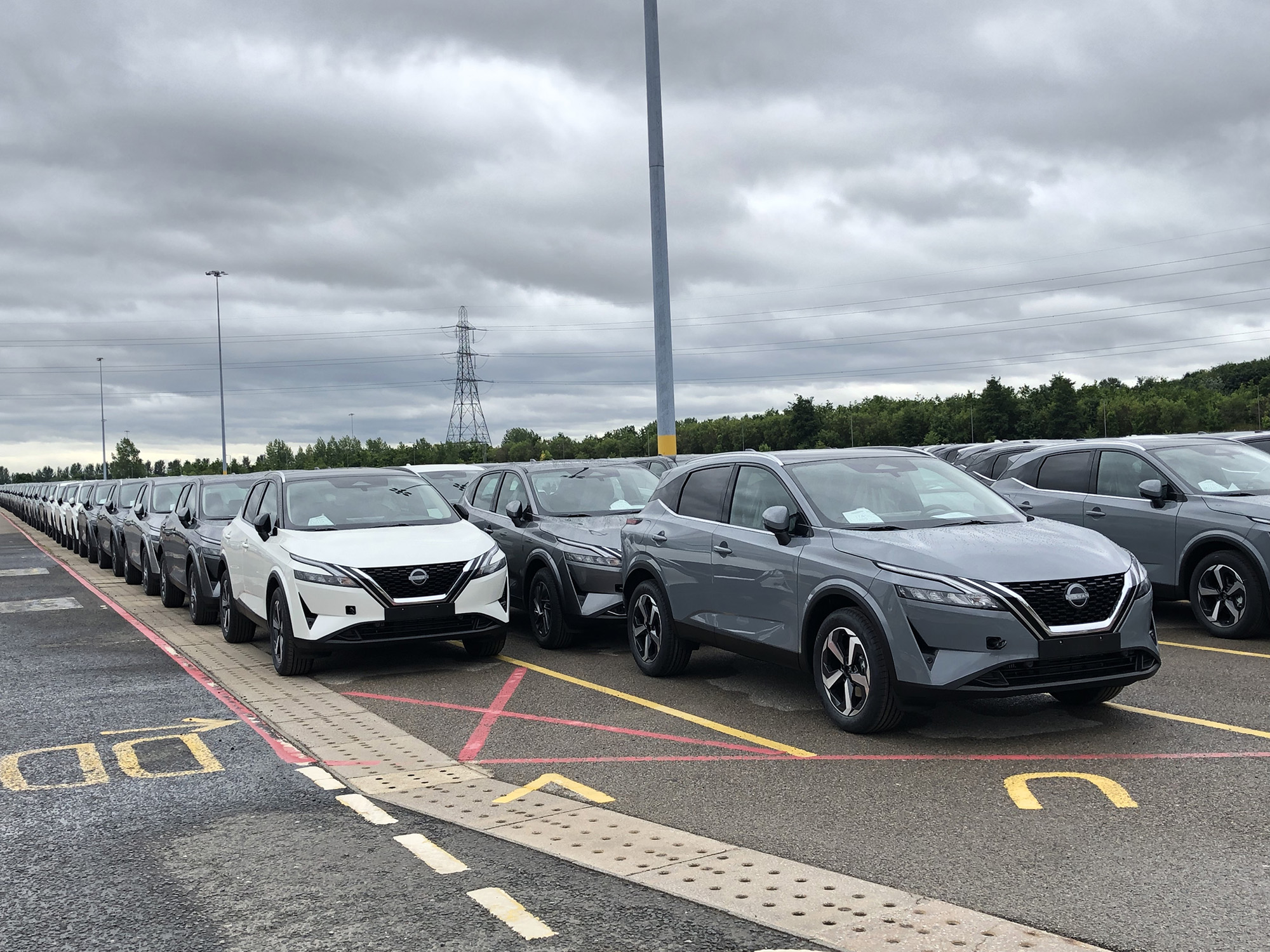 The Port of Tyne announced last week that it had extended its commercial import/export partnership with Nissan for another five years.

Michael Simpson, vice-president of supply chain management for Nissan, said: ‘The Port of Tyne has been an integral part of our supply chain for many years.

‘As it continues to grow as a clean energy and green distribution hub, it will continue to play a vital role in Nissan’s vision for a carbon-neutral future.’

Port of Tyne CEO Matt Beeton added: ‘We are incredibly proud to be supporting one of the UK’s biggest car manufacturers and having the opportunity to make a major contribution to the adoption of electric vehicles globally.

‘This agreement demonstrates Nissan’s long-term commitment to the port and its importance to the wider region.’

The Port of Tyne handles 600,000 vehicles each year, making it the country’s second-largest car-handling port.

Nissan began manufacturing cars in nearby Sunderland in 1986.