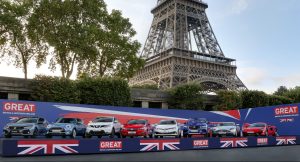 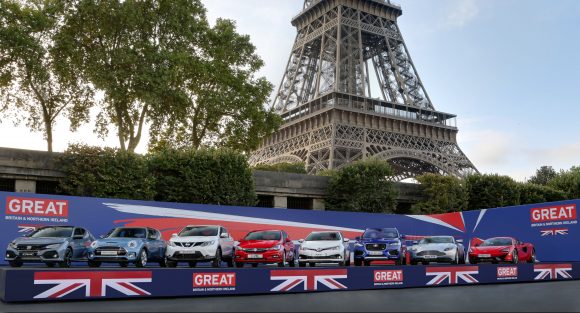 ON the eve of the 2016 Paris Motor Show, eight of the UK’s most influential car brands have come together at the Eiffel Tower to promote the strengths of the UK automotive industry.

Competitive business conditions, tariff-free trading and large-scale investment in new models and facilities have led to huge growth in the UK automotive industry in the past few years.

Mike Hawes, chief executive of the Society of Motor Manufacturers and Traders (SMMT), said: ‘The UK automotive industry is respected globally for its rich heritage, iconic brands and engineering excellence.

‘More than £10 billion of investment has gone into new facilities and models over the past five years and we’re proud to see so many rival brands coming together to promote the strengths of UK Automotive ahead of a key international motor show.’

Hawes added that the future success of the sector would rely on the UK’s ability to maintain the business and trading conditions that have made the sector so competitive globally.

UK car manufacturing achieved a 10-year high in 2015, while more than 1.2 million British-built cars were exported to more than 100 countries. Currently, 2016 is on track to top this record, with exports reaching 900,000 to date – 13 per cent more than the same period last year.

The EU is the UK’s biggest trading partner, with 57.3 per cent of UK-produced cars being exported to the EU so far this year, and the US and China seeing 12.1 per cent and 7.1 per cent of exports respectively. While the US claims the largest number of British-built exports for a single country, EU member states took six of the top 10 positions.

The UK is also a forerunner when it comes to the development of ultra-low emission vehicles, as well as autonomous and connected vehicles.

Following Spain, the UK is the second-fastest-growing market in the EU for ultra-low emission cars. A £1 billion joint government-industry initiative to develop advanced propulsion technologies helps to bolster this growth.

Thanks to the UK’s ability to test autonomous cars on public roads, it now has a two-year head start on many other countries. The UK’s involvement in the development of autonomous driving technology could result in an annual GDP contribution of £51 billion by 2030, as well as 300,000 new jobs and 25,000 fewer accidents each year.